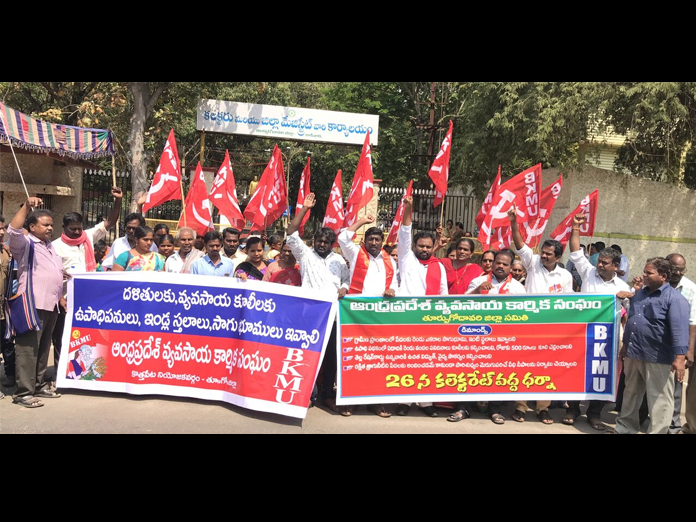 CPI East Godavari unit secretary Tatipaka Madhu who participated in the dharna, said that the Telugu Desam government was neglecting the poor farm workers and not a single acre of land was distributed to them since 2014.

He alleged that the SC, ST and BC sub-plan funds were being misused and the state government instead of preventing it playing spectator role for almost five years from now.

A large number of BKMU activists from across the district participated.