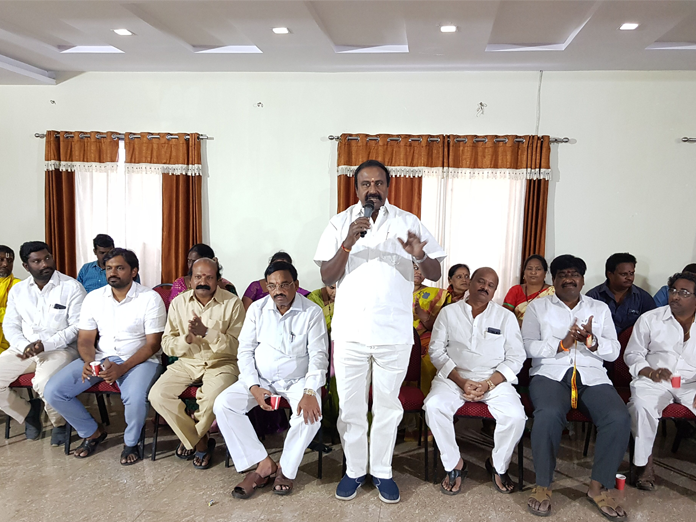 Rajamahendravaram: Godavari Urban Development Authority (GUDA) chairman Ganni Krishna has underlined the need to elect Nara Chandrababu Naidu as Chief Minister again for overall development of the State and for the wellbeing of the people.

Addressing the party workers here on Tuesday, he said the Chief Minister has been striving for the development of the State. He can only give an able and stable administration for the people of the State. It is the time for party workers to support Naidu, he said. No one can stop the victory of TDP and Naidu in the ensuing elections, he added.

YSRCP president YS Jaganmohan Reddy is trying to hamper the development of the State by colluding with TRS and BJP” he alleged.

MLC Adireddy Appa Rao said Jaganmohan Reddy has no respect for police department. The people are well aware of YSRCP activities and they are ready to teach a fitting lesson to the party. He joined hands with BJP and TRS and posing problems to the state in various ways, he alleged.

The party leaders VS Rao, RM Rao, V Rambabu, A Vasu and many others were present.