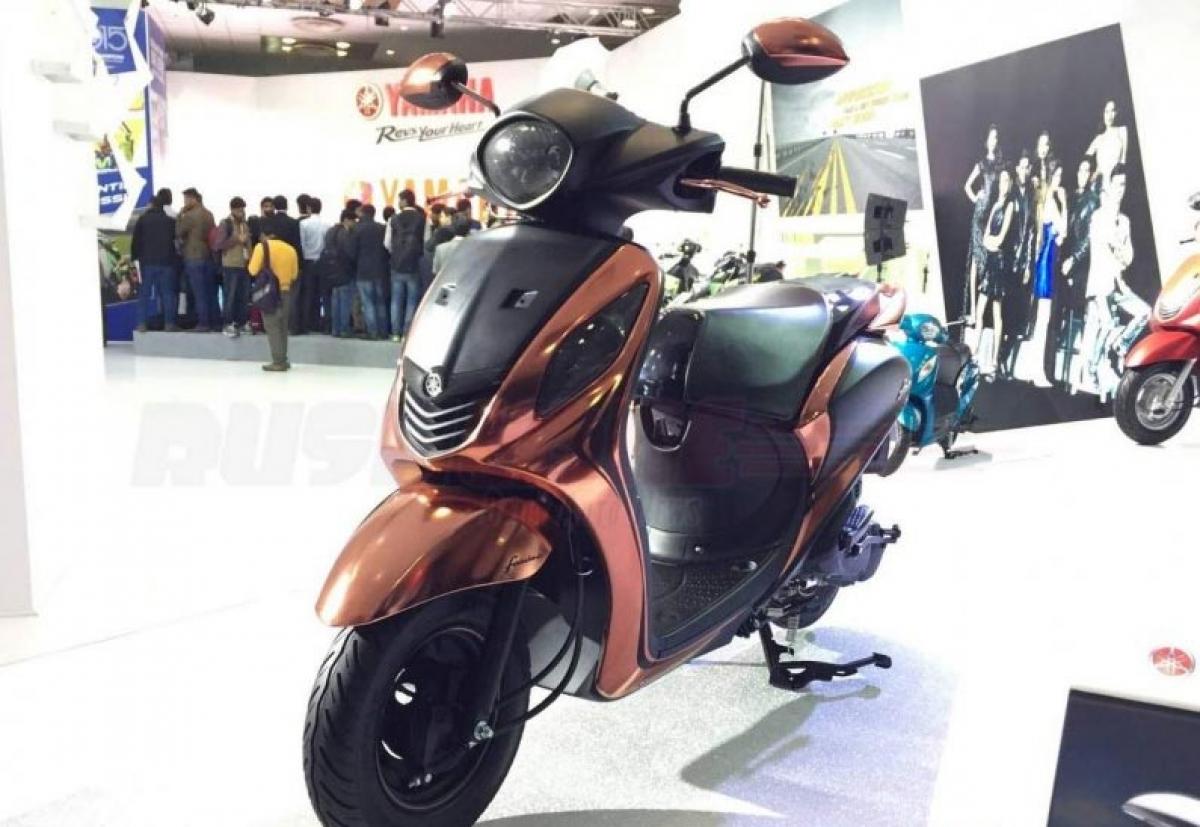 Various aesthetic upgrades can be seen on the new Yamaha Fascino Special Edition scooter currently on display at the 2016 Auto Expo.

Various aesthetic upgrades can be seen on the new Yamaha Fascino Special Edition scooter currently on display at the 2016 Auto Expo. Launched in 2015, the Fascino 110cc scooter was introduced in five single tone colors of Sassy Cyan, Rogue Red, Haute White, Cool Cobalt, Tuxedo Black while the Special Edition model is seen in a matte black base paint with copper detailing that is sure to draw a great deal of attention form visitors to the Yamama pavilion at the 2016 Auto Expo.

Updates on the new Yamaha Fascino Special Edition scooter will be limited to aesthetic accents while it will continue to be powered by same 110cc engine offering peak power of 7.1 PS. The current Fascino scooter is priced at INR 53,100 and the company has not indicated if prices of the Special Edition will stay the same of will be increased marginally. Launch date has also not been indicated by the company though launch can be expected to take place during the festive season later this year.

Yamaha Fascino Special Edition scooter shares the stage at 2016 Auto Expo with the new Yamaha Ray-ZR scooter. Apart from these two, Yamaha also launched new MT-09 superbike in presence of John Abraham. Yamaha MT-09 is powered by a new 847cc engine offering 115PS power and 87.5 Nm torque and will go on sale at company dealerships across India at INR 10,20,000.