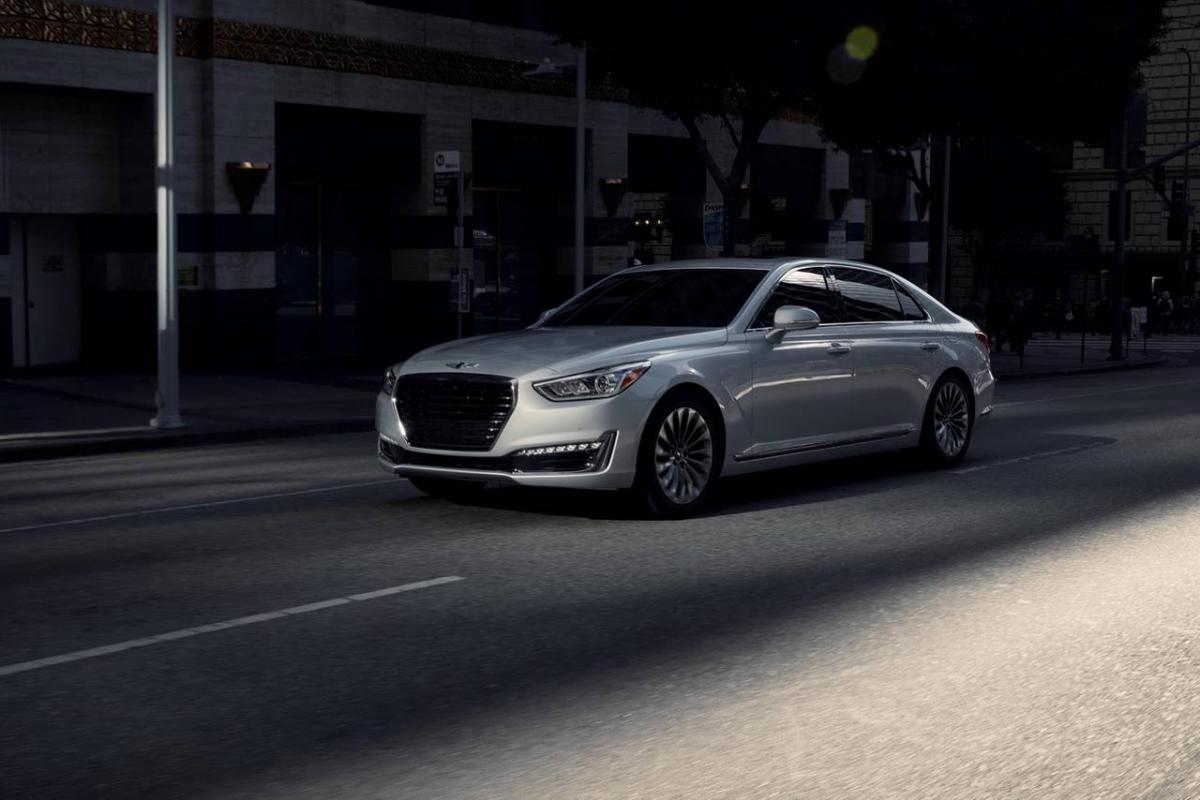 The concept serves as a precursor to the brand’s BMW 5-Series rival.The Genesis New York Concept which is destined to make its world premiere at the...

The concept serves as a precursor to the brand’s BMW 5-Series rival.The Genesis New York Concept which is destined to make its world premiere at the New York Auto Show next week has been teased. The design concept will preview the future design direction of Hyundai’s now standalone premium brand.

The teaser image is a rendering of the car’s front facia. A massive hexagonal chrome grille with big honeycomb mesh takes the centre stage and the signature winged badge is placed just above the grille. Very narrow LED headlamps, sharp bumper, nicely contoured bonnet and muscular fender are the other design highlights.

The four-door sports sedan is likely to showcase a production model which would slot below the flagship Genesis G90. The nomenclature would continue to adopt alpha numeric pattern. Genesis’ brand head Manfred Fitzgerald says that the refined design embodies athletic elegance.

Genesis G90 from Hyundai
The concept previews a production model which would tuck below the Genesis G90.
What started as a flagship nameplate of Hyundai is now promoted to be a brand it its own right. The luxury marque will come up with more sedan and SUVs in the medium term to compete with the likes of Lexus, Acura, Infiniti, Mercedes-Benz, BMW, Audi, Volvo and Jaguar.

The Genesis New York Concept will be unveiled on March 23.

This article was first appeared on:Rushlane.com