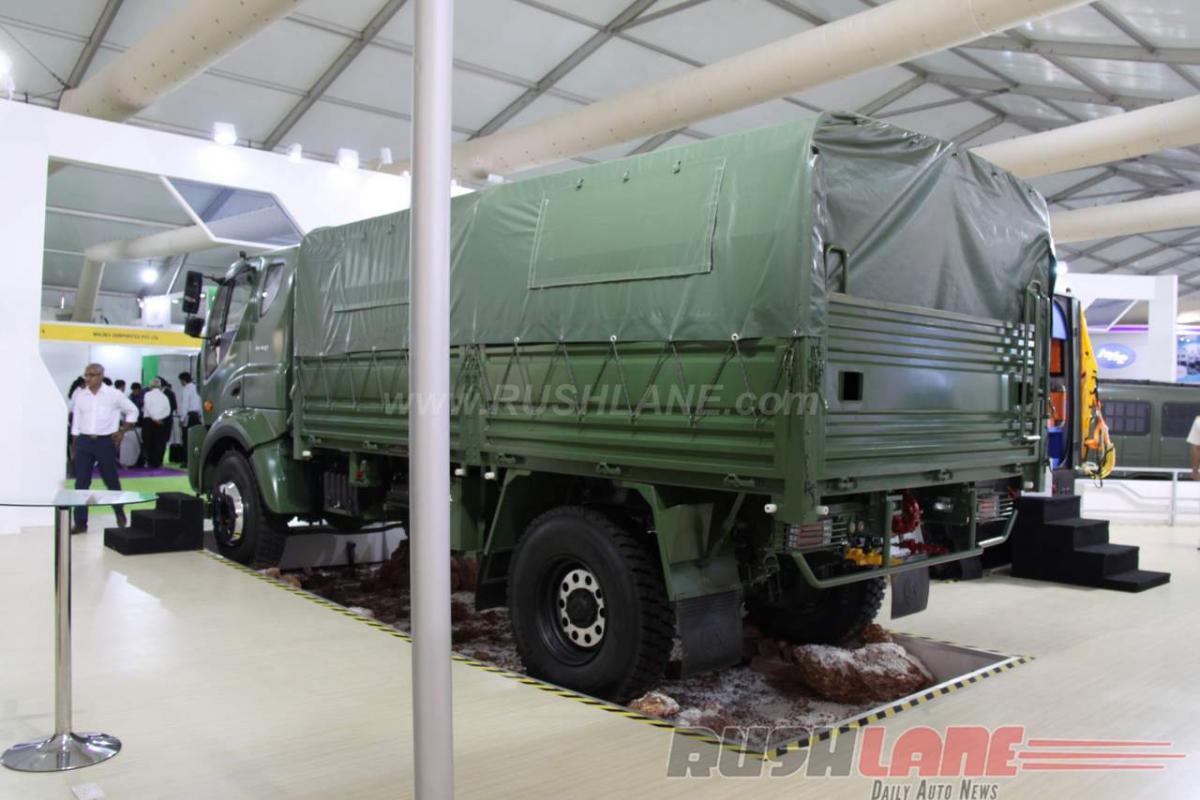 Ashok Leyland Rhino 4×4 is a heavy duty defence vehicle which is built to deliver supplies and crew in the treacherous of terrains. The company has revealed that they have received new order worth INR 800 crore for their defence vehicles from Indian Army.

Powered by Ashok Leyland’s BSIII compliant six cylinder diesel engine, it has a payload capacity of 5 tonnes and a Gross Vehicle Weight of 12,460 kg. Transmission is taken care by a five-speed automatic gearbox with two-speed transfer case (manual transmission is offered as an option). Top speed claimed is 90 kmph.