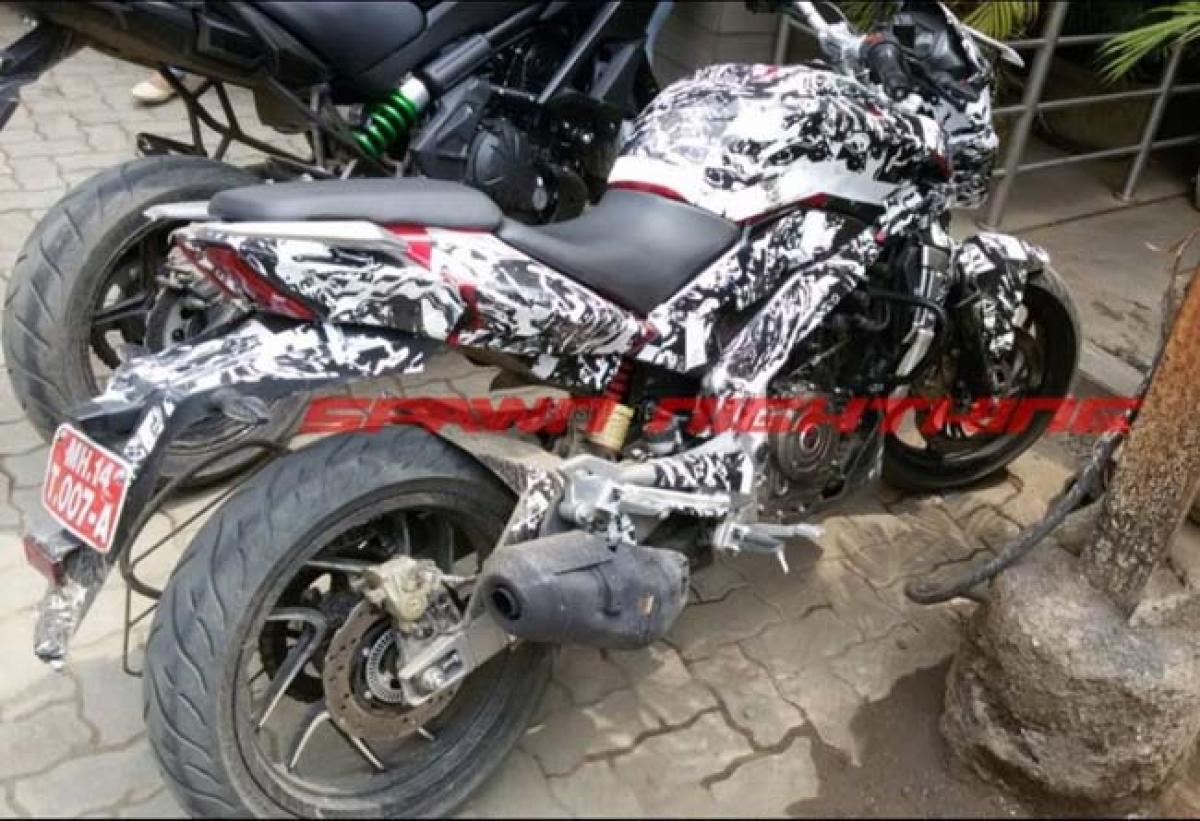 Bajaj Auto’s largest displacement motorcycle – Pulsar CS400 launch is closer than expected. Earlier this year, Bajaj Auto had confirmed that the fastest Pulsar yet, will be launched in the July to September period.

Bajaj Auto’s largest displacement motorcycle – Pulsar CS400 launch is closer than expected. Earlier this year, Bajaj Auto had confirmed that the fastest Pulsar yet, will be launched in the July to September period.

Now, at an AGM recently, the Bajaj MD has revealed that Pulsar CS400 will be launched in August 2016.

Showcased at the 2014 Auto Expo, Bajaj Pulsar CS400 can be seen with a new design, which seems inspired from the Ducati Diavel. The new Pulsar 400 boasts of telescopic front forks, monoshock suspension and disc brakes at the front and rear. It also gets dual channel ABS.

Being the highest displacement offering from the company, Pulsar CS400 enters the entry level performance segment. It shares engine with KTM Duke 390. Both are powered by the same 373.3cc single cylinder, liquid cooled engine. The engine generates 35 Nm and 44 PS aboard the KTM. On board the Pulsar it is expected to be tuned to deliver lesser power and more torque. Transmission will be taken care by a 6 speed gearbox.

Bajaj Pulsar CS400 has been spied testing around Pune multiple times in the past few months. With launch just a few days away, Bajaj could be expecting a bump in demand thanks to approaching Diwali season. Pulsar CS400 could be priced in the range of INR 1.5 lakh to INR 1.8 lakh. It iwll be offered in two variants – to include ABS and Non-ABS.