NCAP has been the crux of any discussion when it comes to car safety, but a lot of how it works is still a mystery. We simplify 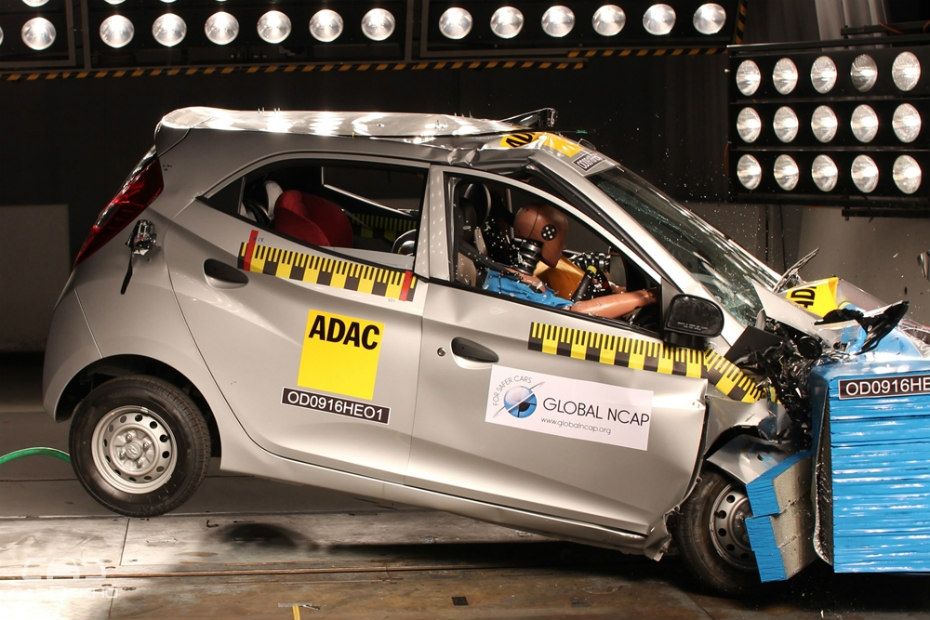 NCAP has been the crux of any discussion when it comes to car safety, but a lot of how it works is still a mystery. We simplify

The New Car Assessment Programme (NCAP) has been responsible for creating awareness about car safety in a big way. Through its crash tests and advisories, it has managed to get a lot of manufacturers to pull their socks up and give car safety paramount importance, playing a big role in reducing road accidents and related injuries/fatalities.

However, there is some confusion when it comes to this organisation and how it functions worldwide. So we take a brief look at what NCAP is, how it functions and why the rating system isn’t a one-size-fits-all setup.

How Does NCAP get cars to test?

The first question many ask is -- how does NCAP get the cars it uses for tests? After all, these have to be indicative of a car that customers will buy in showrooms. Of course, there are limitations to these tests as every variant of every car cannot be tested, so it’s generally the most popular variant of a given car that’s selected.

As for acquiring a car, either manufacturers sponsor the test cars or NCAP itself acquires the cars through dealers anonymously. Euro NCAP, for example, needs upto 4 cars to complete its tests, so it will acquire the same variant of the same car from different dealers to get a more diverse test pool. Once the cars are at the test laboratory, the manufacturer is informed of the vehicle identification numbers (VINs) and are asked to confirm the specification, so as to ensure that the cars are representative of a vehicle customers can buy at the time of testing. 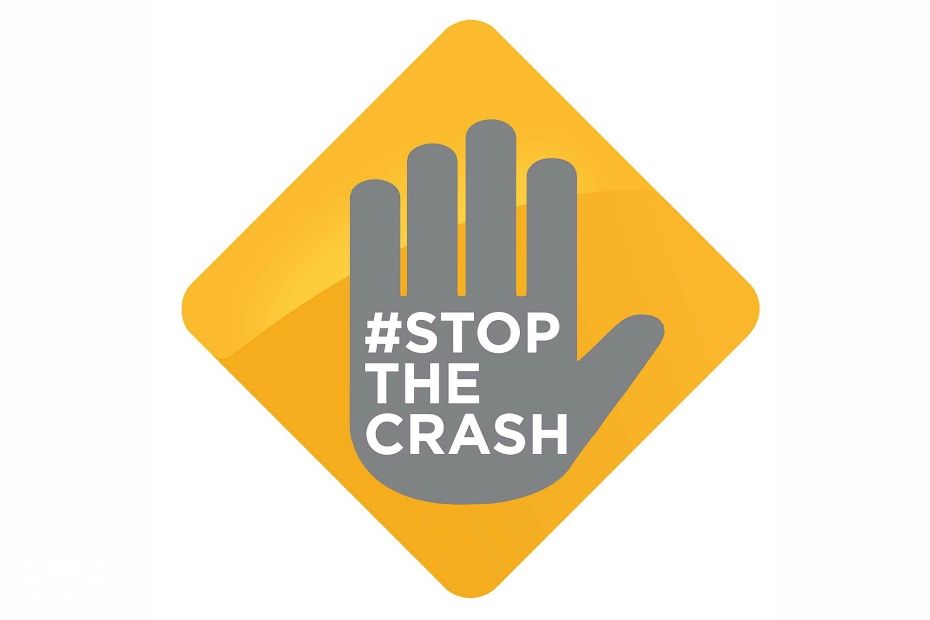 A statement by Euro NCAP provides further insight: “Euro NCAP may visit the manufacturing plant to choose cars at random or VINs may be selected randomly from a list provided by the manufacturer. When the cars arrive at the test laboratory, they are checked to ensure they have the correct items of safety equipment. Under no circumstance Euro NCAP will test vehicles that are not fully type approved, are not from series production or not legally sellable to the general public. Any evidence found - before, during or after the tests - that casts doubt on the production status of the vehicles, will automatically lead to an invalid result and follow up investigations.”

Why Is The Rating System Stricter For Some Than Others?

The organisation’s mission statement itself is an indication of why the ratings system isn’t a one-size-fits-all affair. Euro NCAP has one of the most stringent test norms and to score a 5-star rating there, the car has to combine a strong structure with a long list of active and passive safety features, including autonomous/radar-based safety technologies. The reason? As a region, the individual buyer’s spending power in Europe is stronger than it is in say, India or Indonesia. Euro NCAP runs the frontal offset, full frontal, side barrier and side pole crash tests, along with the whiplash and pedestrian safety tests. Similarly, Japanese NCAP conducts tests for full frontal and frontal offset impacts, along with side, rear and pedestrian collision tests.

Contrarily, ASEAN NCAP conducts the frontal offset and side impact crash tests, requiring two cars compared to Euro NCAP’s four. The global NCAP tests in which Indian cars like the Tata Nexon, Maruti Vitara Brezza, Maruti Swift and Renault Kwid were tested only included the frontal offset crash test, requiring only one car. So a car that’s scored well in the global NCAP tests may not do very well in Euro NCAP tests.

This system may seem flawed but the idea is to get customers the safest possible car based on the average spending power in a given region. The minimum safety requirements in the USA, Europe or Japan are more stringent than they are in India, because applying the same criteria here would put many cars out of reach for most customers. Safety technologies do raise car prices at the end of the day and any given brand’s obligation is to match local regulations to homologate a car and legally sell it.

There also needs to be a relationship between awareness and a buyer’s willingness to spend for safety, as many buyers still see safety tech as an avoidable luxury. As such mental barriers are broken over time the norms can gradually become more stringent as buyers themselves start expecting more.

Where Does NCAP get its funding?

Each NCAP body has member organisations which support it in some financial capacity. Global NCAP, for example, gets funding support from Bloomberg Philanthropies, the FIA Foundation, International Consumer Testing and Research, and the Road Safety Fund.

Does NCAP Have An Impact On Safety?

We believe so. People tend to believe things when they see it. NCAP provides tangible data and visual support for all the tests it conducts, giving people a clear idea of how safe or unsafe a car is. It also makes manufacturers pull their socks up. Remember, NCAP is a non-profit body that serves an advisory role. Its tests, at the moment, are NOT mandatory for a car to go on/stay on sale. 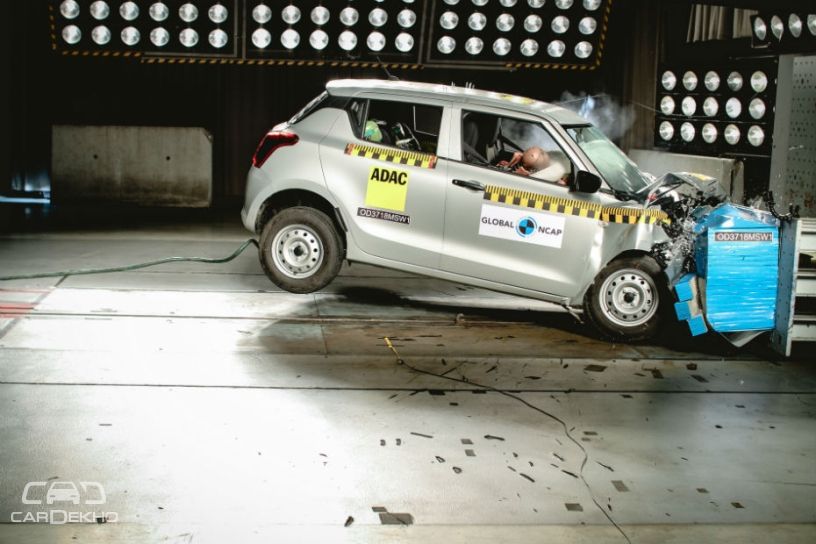 However, a bad crash test result negatively impacts a car’s image and can impact sales. For example, the India-spec Maruti Suzuki Swift scored only 2 stars in the Global NCAP crash tests, with the structure deemed unstable. This rating was given even with the car offering dual front airbags, ABS with EBD and ISOFIX as standard. Only scientific tests can determine the strength of a car’s structure, bringing data that lies skin-deep straight to you, the buyer! And of course, this has led to a mass demand for answers from Maruti Suzuki, especially since the European Swift did not report any structural issues. Similarly, Volkswagen India pulled the non-airbag variant of the Polo from sale after it scored zero stars in the Global NCAP crash tests. Offering dual front airbags raised its rating to 4/5. Evidently, the efforts of NCAP and its affiliates are bearing fruit and most manufacturers understand that even one bad crash result reflects negatively on its entire range of products.

Of course, the science behind crash tests and the equipment used needs a more detailed analysis but we hope this story provided more insight into this global organisation, how it operates and what it hopes to achieve.