The new instrument cluster was first introduced on the EcoSport S, which debuted in May 2018 Ford has introduced its more premium looking instrument cluster on the Titanium and Titanium+ variants of the EcoSport. Until now, this instrument cluster was available only on the top-spec S variant, which was launched in India in May 2018. 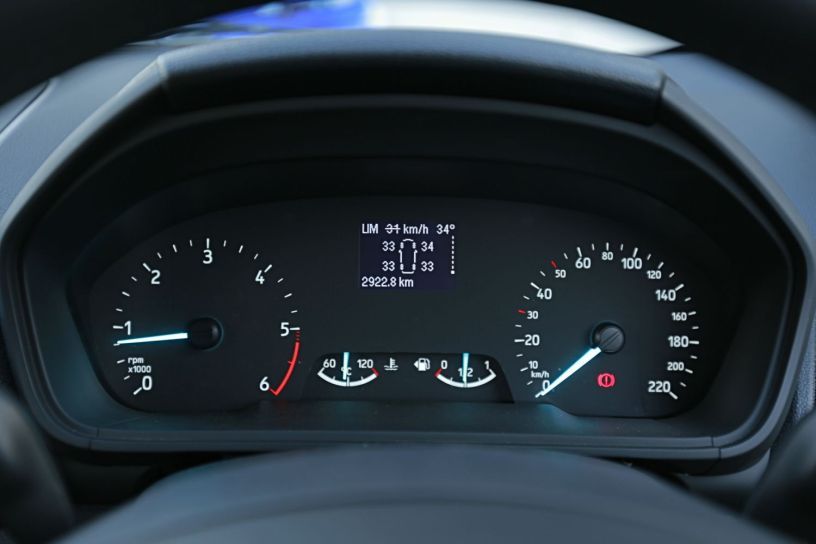 The new instrument cluster looks more premium than the unit it replaces. The older cluster has a small MID flanked by the two analogue meters for RPM and speed with lots of empty spaces. The updated unit from the EcoSport S, on the other hand, gets a bigger MID and chrome rings for both speedomenter and the tachometer, lending the instrument cluster a more premium look. 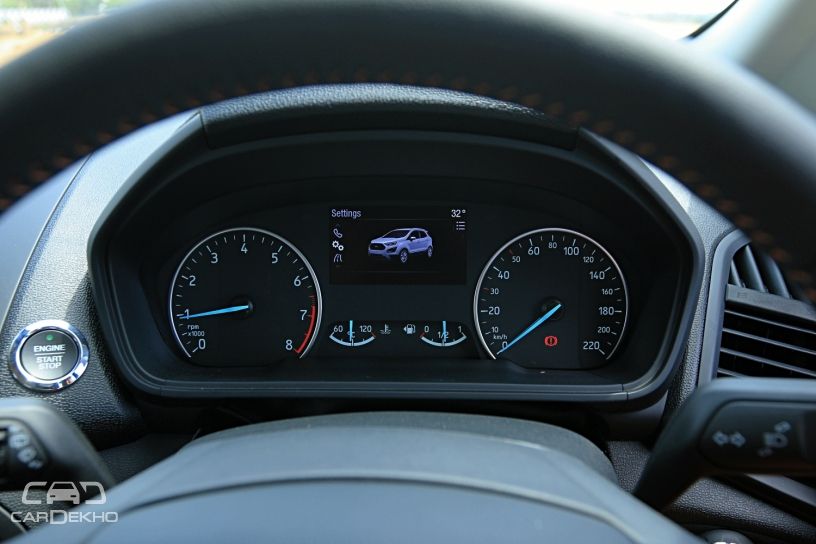 No other changes have been made to the variant-wise feature list of the EcoSport. It continues to get dual front airbags and ABS with EBD as standard, while six airbags and ISOFIX child seat anchors continue to be limited to the Titanium+ and the S variants. 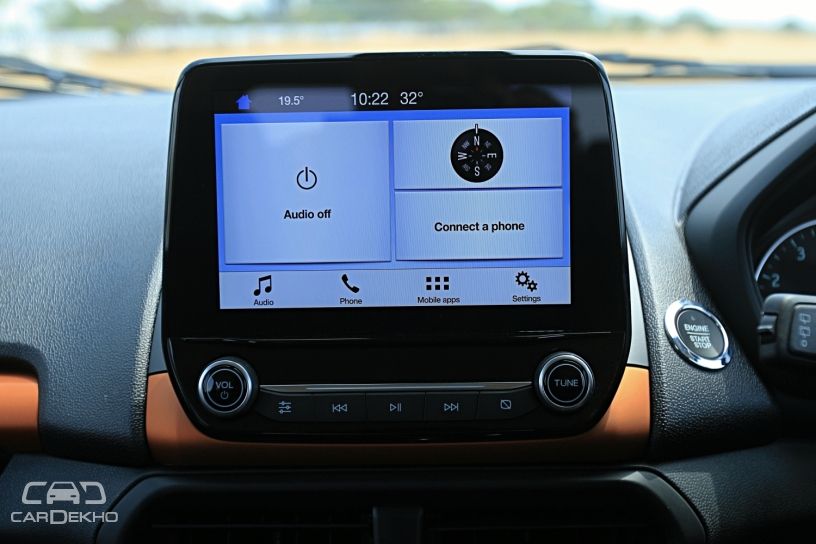 Other features also remain the same. While Trend, Trend+ and Titanium variants come with a 9-inch touchscreen infotainment system with navigation, the Titanium+ and S get an 8-inch touchscreen unit with Apple CarPlay and Android Auto. 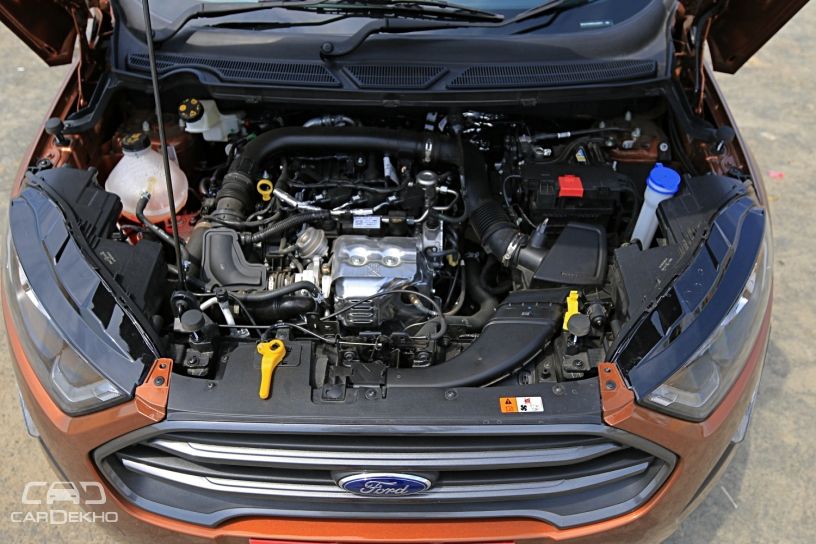 The EcoSport remains unchanged on the mechanical front as well. The 1.0-litre EcoBoost petrol engine that makes 125PS of power and 170Nm of peak torque is still limited to the S variant. Other variants continue to come with a 1.5-litre 123PS/150Nm petrol engine. All variants of the diesel-powered EcoSport get a 1.5-litre unit that makes 100PS/205Nm with a 5-speed MT.

Prices of the EcoSport start at Rs 7.82 lakh and go up to Rs 11.89 lakh (both prices ex-showroom Delhi). Even with the addition of the new instrument cluster, prices of the Titanium and Titanium+ variants remain unchanged.The EcoSport rivals likes of the Maruti Brezza, Tata Nexon, Honda WR-V and the recently launched Mahindra XUV300.