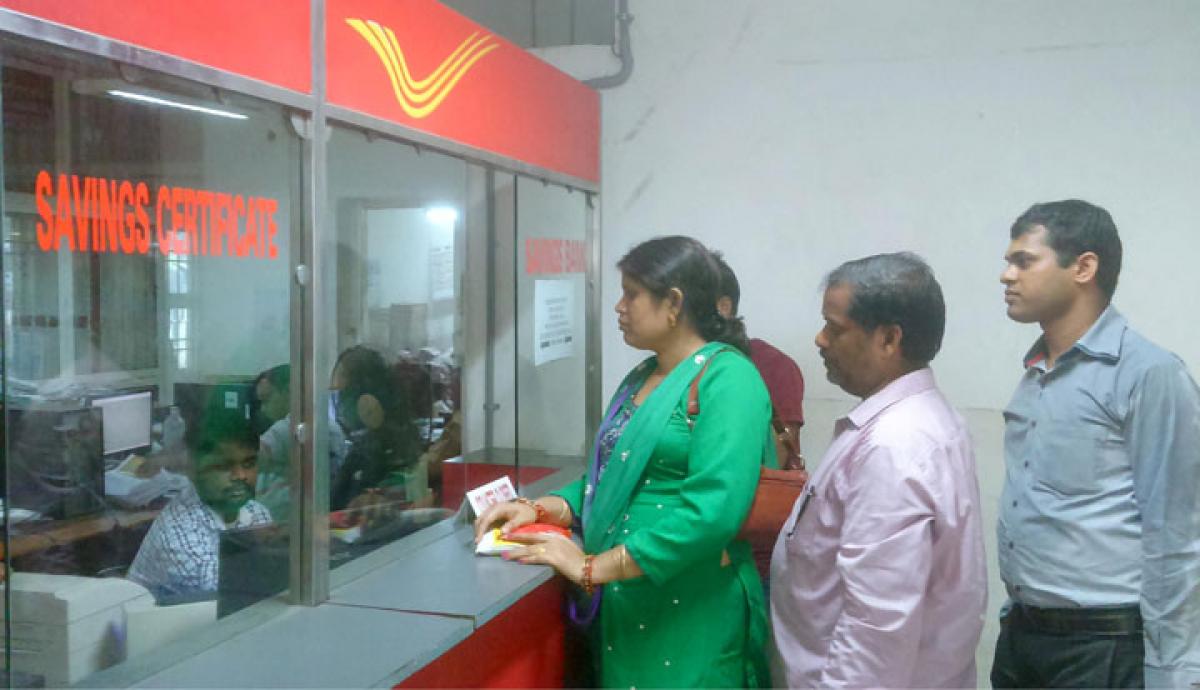 Seeking to align interest on small savings with market rates, the government on Tuesday cut rates on short-term post office deposits by 0.25 per cent but left long-term instruments such as MIS, PPF, senior citizen and girl child schemes untouched.

"The 25 basis points spread that 1 year, 2 year and 3 year term deposits, KVPs and 5 year Recurring Deposits have over comparable tenure Government securities, shall stand removed with effect from April 1, 2016, to make them closer in interest rates to the similar instruments of the banking sector," the statement said.

Post office savings of 1, 2 and 3 year term deposits, Kisan Vikas Patra (KVP) as well as 5-year Recurring Deposits till now used to earn 0.25 per cent higher than the Government securities of similar tenures.

This advantage has been withdrawn with effect from April 1, 2016, a Finance Ministry statement said, adding henceforth the rates would be revised every quarter. The interest rate for every quarter would be decided on the 15th of the preceding month.

Sukanya Samriddhi Yojana, Senior Citizen Savings Scheme and the Monthly Income Scheme (MIS) which command 0.75 per cent, 1 per cent and 0.25 per cent higher interest rate respectively than G-secs will remain untouched as they are linked to social security goals.

Kisan Vikas Patra or KVP currently provides for doubling of principal in 100 months (8 year 4 months). The move would help the economy move to "a lower overall interest rate regime eventually and thereby helps all, particularly low-income and salaried classes".

Further, the government has also permitted pre-mature closure of PPF accounts "in genuine cases", like cases of serious ailment, higher education of children.

"This shall be permitted with a penalty of 1 per cent reduction in interest payable on the whole deposit and only for the accounts having completed five years from the date of opening," it added.

The Finance Ministry said that small saving interest rates are perceived to limit the banking sector's ability to lower deposit rates in response to the monetary policy of the Reserve Bank of India.

"In the context of easing the transmission of the lower interest rates in the economy, the government also has to take a comprehensive view on the social goals of certain National Small Savings Schemes (NSS)," it added.

The employees' provident fund (EPF) will earn a higher interest rate of 8.8 per cent for 2015-16, marginally up from the existing 8.75 per cent. There has been demand to hike the PF interest rate to 8.90 per cent.

Union Labour Minister Bandaru Dattatreya said the hike is an 'interim one' and indicated that it could be further revised later. There is global slowdown and interest rates in India are also coming down, the minister said, adding that the RBI and other central agencies are monitoring the market trends.