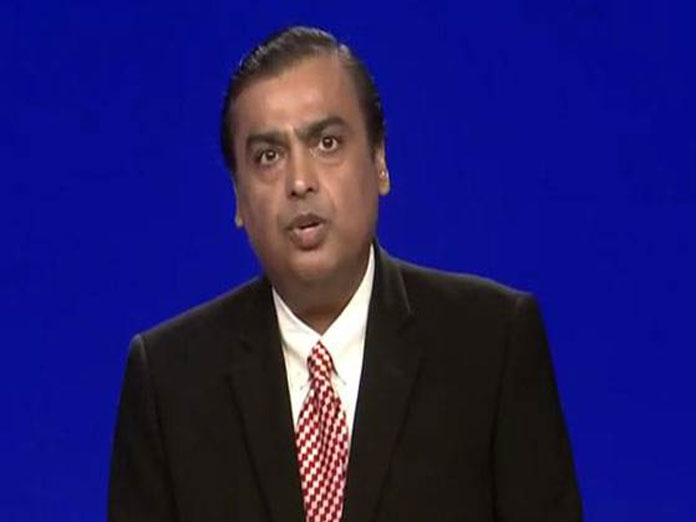 With a fortune of USD 44.3 billion, Mukesh Ambani displaced Jack Ma in 2018 as Asia's richest man.

"With a fortune of USD 44.3 billion, Mukesh Ambani displaced Jack Ma in 2018 as Asia's richest man. Ambani's fortune comes from his holdings in the oil, gas, and retail sectors, but he's likely to make his biggest impact on India through his new telecom venture Jio," it said.

Ambani is Chairman and Managing Director of Reliance Industries Ltd. Reliance Jio is a subsidiary of RIL.

"Offering cellular data and voice free for the first six months after Jio's launch, he got more than 100 million to sign up -- accelerating a smartphone internet revolution in the world's largest democracy," it said.

"The next stage of Ambani's plan is to use the digital airwaves to sell content and lifestyle products, eventually competing with Google and Facebook." Foreign Policy said 2019 marks the 10th anniversary of its Global Thinkers listing and it has decided to split the list into 10 categories of 10.

"The first group comprises thinkers who have had an enormous impact on the world in the past decade. The other groups are for people who have been influential in the past year: thinkers and doers 40 and under, as well as those in defense and security, energy and climate, technology, economics and business, science and health, and activism and the arts," it said adding the full list of 100 will be released on January 22 - the day its Global

Lagarde, it said, has "time and again proved the importance of the fund's role as a lender of last resort, even while trying to retool it as a champion of progressive policies on climate change and inequality."

Also, featuring on the list are European Commissioner for Competition Margrethe Vestager, TV host Fareed Zakaria and Bill and Melinda Gates. Bezos is also on the list as Amazon, which started out as an online bookstore in 1994, "now touches just about every aspect of commerce, revolutionizing how people around the world browse and shop for all kinds of products."

"Today, Amazon is one of the world's five biggest companies in terms of market capitalization, and its stock valuation has turned Jeff Bezos into the richest man in modern history," it said.

New Zealand Prime Minister Jacinda Ardern has been featured in the 40 & Under list. Writer Amitav Ghosh is featured in the Energy & Climate Thinkers list for his 2016 book,

The Great Derangement, being a "searing piece of nonfiction that questions why writers and artists consistently fail to use environmental disasters as centerpieces in their stories."

"Ghosh blames these omissions for the lack of public will to confront climate change—a point he tirelessly reiterates in speeches around the world," it added.