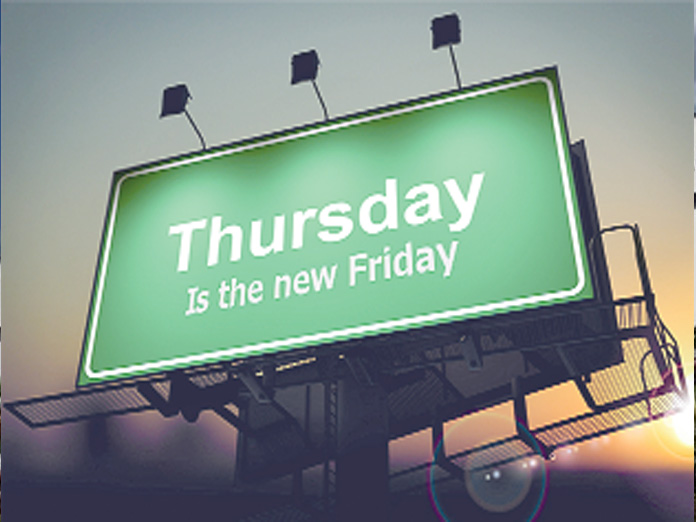 The World Economic Forum summit, an annual jamboree of the rich and powerful of the world, is known for brainstorming sessions on economy, geopolitics and other issues, but this time a rather different idea was floated here a fourday work week

​Davos: The World Economic Forum summit, an annual jamboree of the rich and powerful of the world, is known for brainstorming sessions on economy, geo-politics and other issues, but this time a rather different idea was floated here -- a four-day work week.

The proposal evoked an instant and wide response from attendees, both on the positive and negative sides, with some experts making a strong pitch for adopting a smaller work week to reap the benefits of working less.

Adam Grant, a psychologist from the Wharton School in Pennsylvania, said at a session: "I think we have some good experiments showing that if you reduce work hours, people are able to focus their attention more effectively, they end up producing just as much, often with higher quality and creativity, and they are also more loyal to the organisations that are willing to give them the flexibility to care about their lives outside of work."
Economist and historian Rutger Bregman, author of 'Utopia for Realists', came in support and said a shorter working week is not actually that radical.

"For decades, all the major economists, philosophers, sociologists, they all believed, up until the 1970s, that we would be working less and less," he noted. "In the 1920s and 1930s, there were actually major capitalist entrepreneurs who discovered that if you shorten the working week, employees become more productive.

Henry Ford, for example, discovered that if he changed the working week from 60 hours to 40 hours, his employees would become more productive, because they were not that tired in their spare time," he said.

The idea triggered immediate discussions among participants at the WEF annual meeting and as one delegate said, this was a point of discussion in at least 10 meetings he had attended. Some companies have tried a four-day week to save costs and also to provide a better work-life balance to their employees.