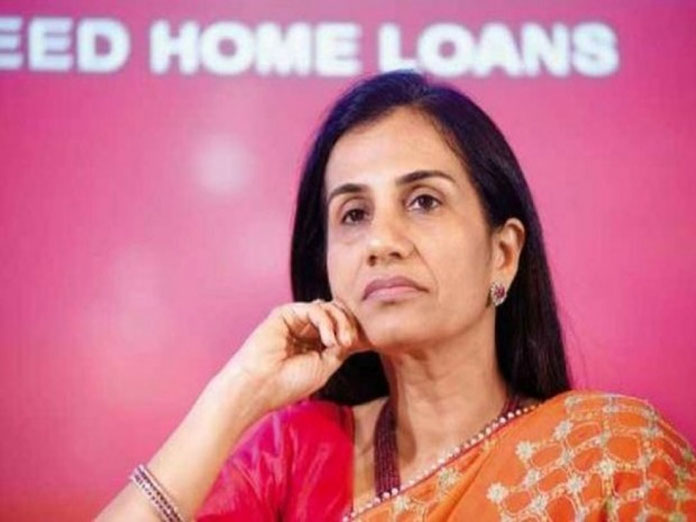 The CBI and the ED are likely to issue summons for questioning former ICICI Bank CEO and MD Chanda Kochhar, her husband Deepak Kochhar and industrialist VN Dhoot in connection with the Rs 3,250crore loan case involving the Videocon Group and ICICI Bank, CBI sources said on Friday

​New Delhi: The CBI and the ED are likely to issue summons for questioning former ICICI Bank CEO and MD Chanda Kochhar, her husband Deepak Kochhar and industrialist V.N. Dhoot in connection with the Rs 3,250-crore loan case involving the Videocon Group and ICICI Bank, CBI sources said on Friday.

The Central Bureau of Investigation (CBI) sources said the agency would initiate the summons as it had completed the scrutiny of documents it had seized during the January 24 raids carried out at four locations in Maharashtra.

"Soon we will start issuing summons to all concerned persons in the case," said the source. He indicated that the agency will first call Deepak Kochhar and Dhoot for questioning as they were the beneficiaries of the loans disbursed by ICICI.

The source also said that the agency had issued a lookout circular against Chanda Kochhar. The source said "issuance of a LOC is a routine process" which was done in cases of economic offences so that a tab was kept on their movement.

This is the first time a lookout circular (LOC) has been issued against Chanda Kochhar.

The CBI had earlier issued LOC against Deepak Kochhar and Dhoot after it registered a preliminary enquiry in March last year to keep a tab on their travel plans at the immigration desks at the international airports.

The Enforcement Directorate (ED), which had registered a case of money laundering earlier this month on the basis of the CBI FIR, is also planning to summon those named in the FIR.

A senior ED official requesting anonymity said that they were studying the case files related to the transactions of the money of the companies included in the CBI FIR.

"And once we identify the shady transactions, if any alleged kickbacks were paid, we will call them for questioning," he added.

The official also said that they were collecting the list of assets owned by the Kochhars and Dhoot in India and abroad.

On January 29, the Justice B.N. Srikrishna Committee found that Chanda Kochhar violated the bank's code of conduct in dealing with conflict of interest and fiduciary duties in the case of loans to Videocon that had routed a part of the money to a company owned by her husband.

Chanda Kochhar stepped down from the post of CEO and MD on October 4 last year after expose of the loan saga. Her tenure in the bank was to end this March.

Earlier, ICICI said the Board of Directors decided to treat the 'separation' of Chanda Kochhar from the bank as a 'termination for cause' under the bank's internal policies, schemes and code of conduct with all attendant consequences.