We should all work concertedly towards early conclusion of talks: Prabhu to RCEP 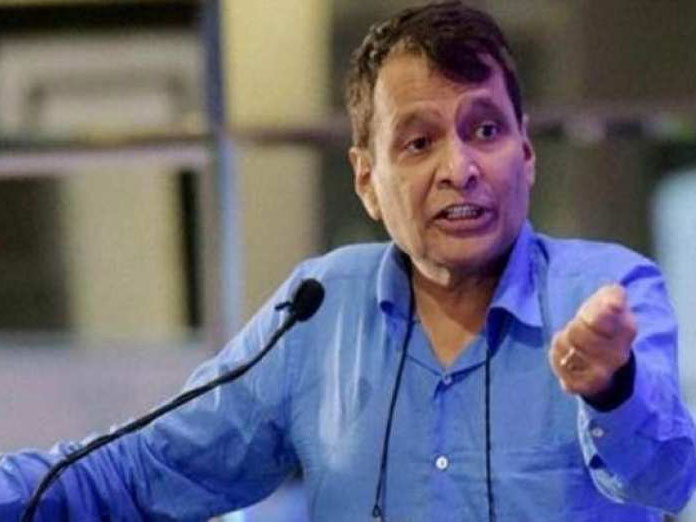 India on Thursday called upon all the members of RCEP, a proposed mega trade deal, to work concertedly towards early conclusion of the agreement to boost economic ties

The Regional Comprehensive Economic Partnership (RCEP) is a mega trade agreement being negotiated by 10 ASEAN countries.

​New Delhi: India on Thursday called upon all the members of RCEP, a proposed mega trade deal, to work concertedly towards early conclusion of the agreement to boost economic ties.

Commerce and Industry Minister Suresh Prabhu said a successful conclusion of RCEP will help deal with the challenges of global trade in terms of increasing trade tensions and protectionism.

"India is constructively engaged in RCEP negotiations and the country believes that ASEAN will remain central to the economic integration of the Indo-Pacific region through RCEP," he said.

"As negotiations are intensifying, members are now engaged in bilateral pairing to achieve mutually satisfactory and balanced outcome keeping in view each other's sensitivities and aspirations," the minister said.

The minister was speaking at the inauguration of the fourth India-ASEAN Export and Summit 2019 here.

He said that as directed by the leaders of the 16 countries, "we should all work concertedly towards early conclusion of RCEP and create a win-win situation for the greater prosperity of the people of the region".

Negotiations for the mega-trade deal RCEP need more rounds of talks to sort out issues pertaining to goods and services, Prabhu had said Tuesday.

The talks are stretched as the member countries have yet to agree on major issues including finalising the number of goods on which duties would be eliminated.

Speaking at the event, Indonesian Trade Minister Enggartiasto Lukita said all the members need to work together to conclude the negotiations this year.

Sharing similar views, Cambodian Commerce Minister Pan Sorasak also said the agreement is important and "I hope to see this concluding this year".

Further, Prabhu urged the ASEAN members to engage in the review of free trade agreement with India to resolve implementation issues being faced by business of either side.