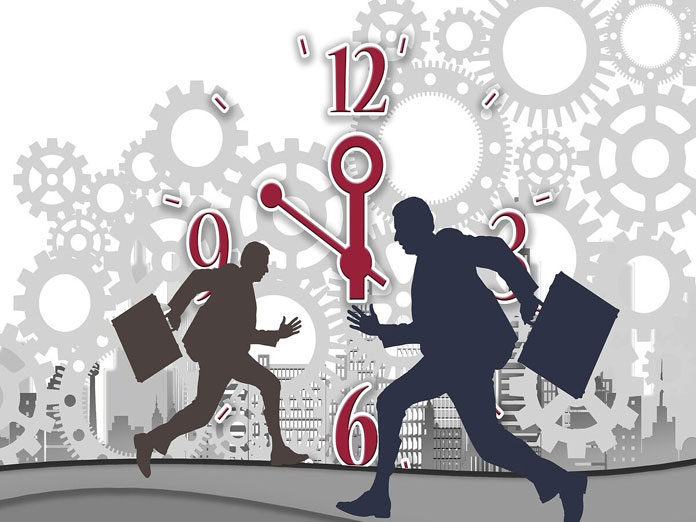 More than half of Indian working professionals rate their current worklife balance average to terrible, according to a report About 78 percent would like to be segmentors, employees who create rigid boundaries between their personal and work lives, and not blenders, according to the Understanding Work Life Balance report by Monstercom

Mumbai: More than half of Indian working professionals rate their current work-life balance average to terrible, according to a report. About 78 percent would like to be 'segmentors', employees who create rigid boundaries between their personal and work lives, and not 'blenders', according to the 'Understanding Work Life Balance' report by Monster.com.

"While 60 percent of respondents feel that they balance their work and life, as high as about 78 percent would like to be 'segmentors' and not 'blenders', that is clearly defined boundaries between their personal and work lives and not blurring the line," Monster.com CEO,AC and Gulf, Abhijeet Mukherjee said.

The survey was done with over 2,000 working professionals in the age group 18-55 years across sectors including IT (hardware and software), BPO or ITES, BFSI, engineering and construction, production and manufacturing, automotive, health care and pharma, telecom, education. The survey further revealed that 45 percent of the respondents were from non-metros cities where work life balance (WLB) is supposedly a lesser issue. It said, 67 percent of working professionals either sometimes, often or always think about work when not at work.

Meanwhile, about half of the respondents in relationships currently, confessed that the lack of work life balance (WLB) makes them or their partners irritable ill-tempered, it added. Lack of sleep (17 percent), depression (16 per cent), anxiety and irritability (9 percent), hypertension (4.5 percent) were some other top work-related illnesses. Back pain (15 percent), frequent headaches and fatigue (14 percent) and obesity (5 percent) came up as other stress related physical illnesses, it added.

Even as technology is believed to be a facilitator, one-third of the young professionals find laptops and mobile phones a hindrance in managing family with work commitments, it said. Not just that, the largest number of respondents (26 percent) were from IT and ITES sectors which are the sectors that are viewed as 'flexible', it pointed out.

But then what comes across as a welcome insight, given that people don't leave organisations, but leave their bosses, about 48 percent said their managers help them in balancing their work and life. However, 37 percent said they are not as lucky. Further, report found that about 75 percent of respondents on an average spend minimum an hour and maximum of more than two hours on the road travelling to work.

Therefore, 70 percent respondents said they either would like to work from home to avoid commute or at least have some days to work from home. In fact, half of the respondents said they work 6 days a week, 7 percent also reported working all days of the week. Some 'me time' for hobbies was considered by 41 per cent work-life with 'flexible work hours', while 22 percent felt it was taking time off regularly.

This was followed by leaving work on time and not bringing work home. However, 75 per cent respondents said their workplace doesn't have a separate work life balance policy and 25 percent are not even aware of such a policy, it added.