Breaking new grounds . With ‘Kanche’, Jagarlamudi Krish has once again proven his ability to choose an offbeat theme, weave an engrossing tale and give it a technically brilliant cinematic rendition. 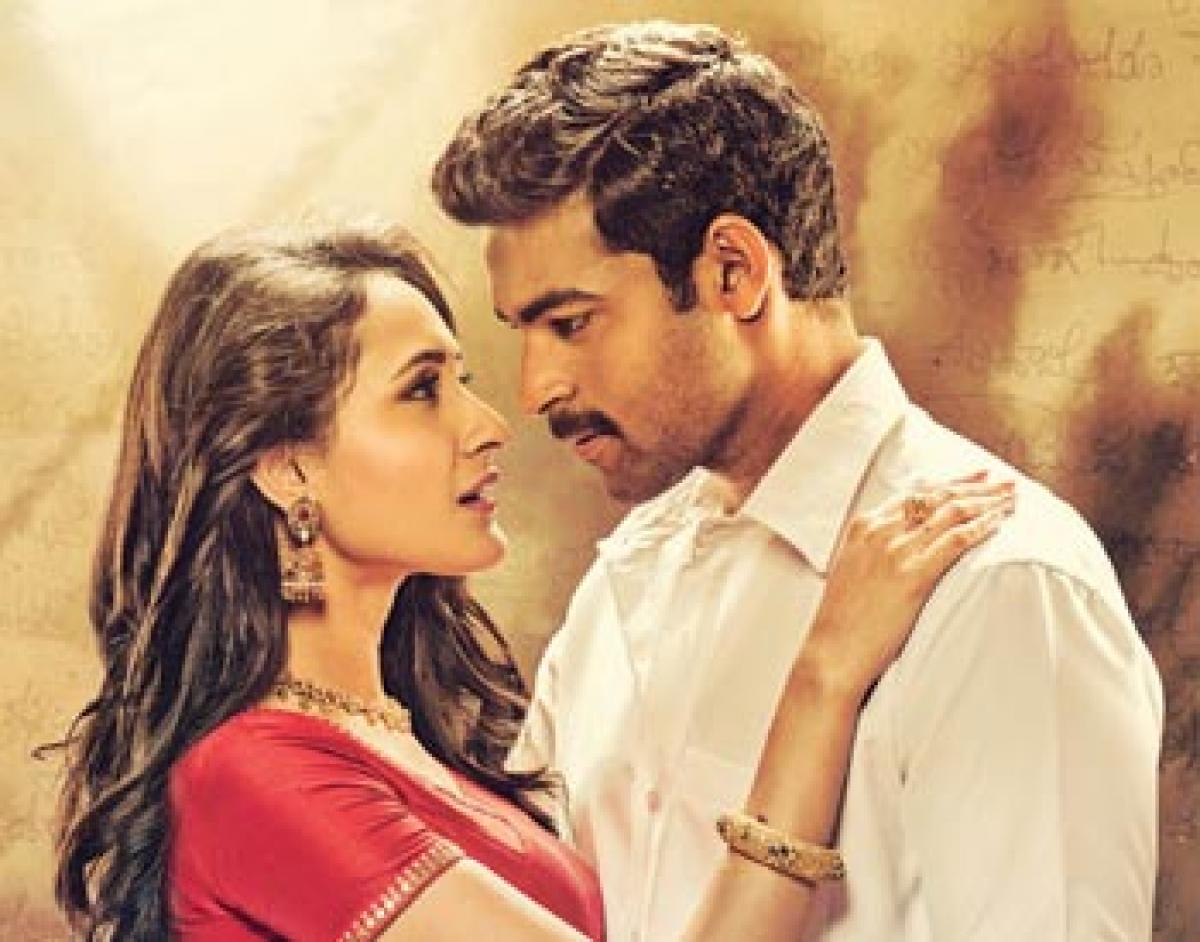 With ‘Kanche’, Jagarlamudi Krish has once again proven his ability to choose an offbeat theme, weave an engrossing tale and give it a technically brilliant cinematic rendition. This time, by choosing to use World War II as background for his love story, he has brought in international standards to Telugu cinema. And this, he made it possible by teaming up with some very good technicians.

The film scores an A in the areas of production design (Suresh Sahi gives authenticity to the period look by giving attention to details), action sequences (especially the war scenes), background score (Chirantan Bhatt), cinematography (Gnanasekhar) and editing (Suraj Jagtap and Ramakrishna Arram, ensure that the non-linear narrative that keeps shifting to flashbacks is done smoothly). The production values are top-notch, there is no debating that.

This is the story of ‘Kanche’ the fence that divides people across the world. The hero of the 1930s tale, Dhoopati Haribabu (Varun Tej) studying in Chennapatnam (Madras Presidency) falls in love with Seetha Devi from the same college. Their love story travels with them to their village. He is incidentally from a family considered to be a lower caste, while Seetha is the Zamindar’s daughter whose brother Eshwar (Nikitin Dheer) is a top-ranked military officer with the British army.

The two continue to meet and exchange vows to get married even as the people of the village plan to hold a customary temple festival. The village is a microcosm of India with people sparring with each other and resorting to murder in the name of caste at the slightest provocation, and the ones with vested interests use the situation to their benefit. Seetha’s brother, together with Hari, ensures the villagers celebrate the festival together and in peace. However, the initial camaraderie both enjoy turns to antagonism when Eshwar realises that his sister wants to marry Hari.

And he along with the Zamindar do not hesitate to provoke violence in the name of caste if only to get rid of Hari. The story isn’t much different, Hari realises, as he becomes an officer fighting the Germans at the border of Italy. “Idi Kooda Mana Voorae Kadha” – he tells Eshwar, who is also his commanding officer at the battlefront. Here, one needs to mention the dialogues by Sai Madhav Burra that elevate many a moment in the film. The two-movie-old Varun Tej enacted the toughest of scenes with effortless ease. Pragya looks sufficiently regal and elegant, but that does not discount her acting skill.

Nikitin is a good choice for Eshwar’s role, while Gollapudi Maruthi Rao as Hari’s grandfather and Sowcar Janaki shine through their scenes. Avasarala Srinivas gives the comic relief to an otherwise intense drama. It is heartening the way he refers to the famous poet Sri Sri as Maa Srinivasa Rao. Thankfully, there are no likes of Tom Alter enacting the British officer’s role, mouthing Telugu dialogues. Be it the locations in Geogia, the casting of actors and execution of the scenes, Krish has broken the stereotype and stretched the scope of Telugu cinema with 'Kanche'.

And now for some nitpicking. The pace of the film slows down and becomes predictable at places. More importantly, for a film like this, one expects an earth-shattering climax, which is otherwise falling short by just a few notches.There are tons of films on World War II made in Hollywood and in various European languages. With 2.5 million Indians up in arms in the greatest war of the 20th century, we could have had as many stories. But it took a Telugu director – Krish Jagarlamudi – to daringly dream and achieve it with aplomb.

Dislikes : The pace and the climax