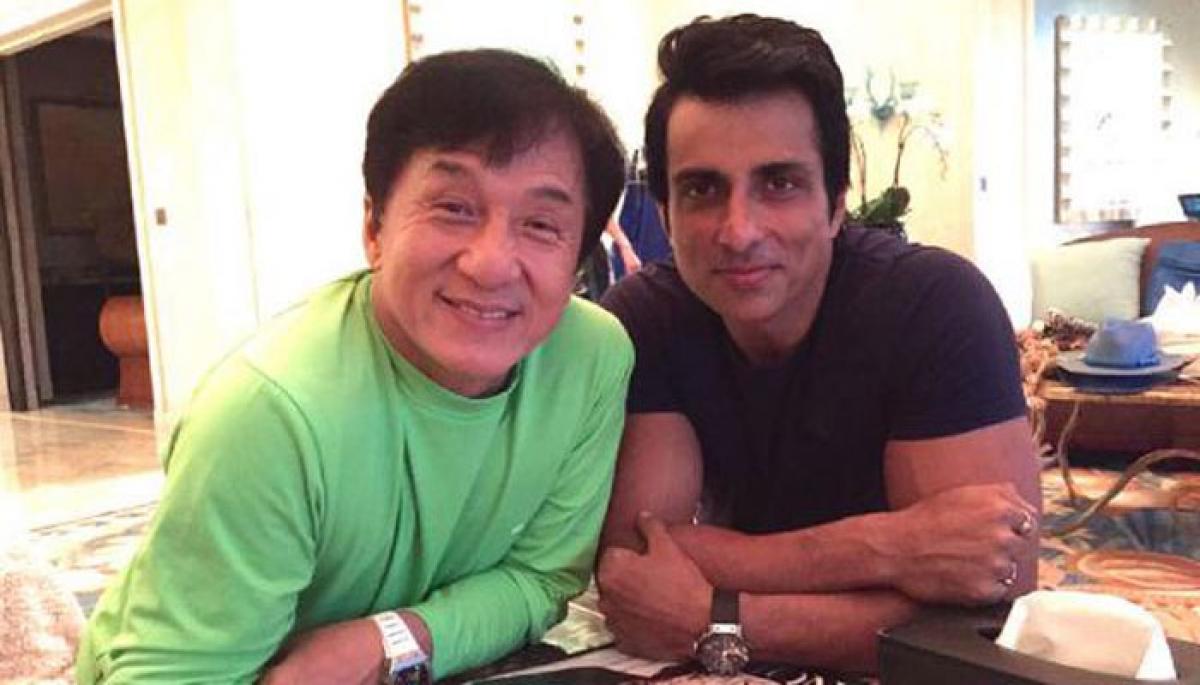 The fitness enthusiast feels blessed sharing the screen space with the Hollywood action star for the first time and has been bonding big time with him on the sets of the action comedy.

So, on the New Year’s Eve just before the clock struck 12, Jackie came into Sonu’s room wearing a white jacket. He surprised Sonu by taking it off saying “Hey, this one is for you.” Sonu hugged Jackie and accepted his gift with all humility and gratitude.