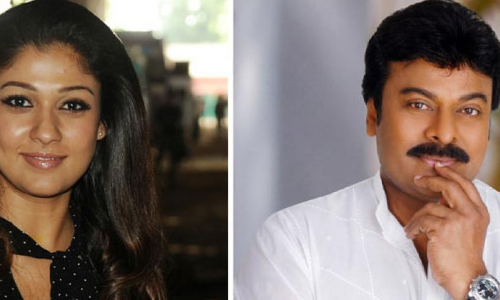 Megastar Chiranjeevi is gearing up for his 150th flick which is going to be the remake of Tamil super hit movie Kaththi.

Megastar Chiranjeevi is gearing up for his 150th flick which is going to be the remake of Tamil super hit movie Kaththi. The movie will be directed by VV Vinayak and produced by Ram Charan. The makers of movie stated that there will be slight changes in the script as per the Telugu audience and are looking for the actress to star opposite Chiranjeevi.

As per the latest buzz, Sizzling actress Nayanthara is all set to share screen space with Chiranjeevi. An official announcement is awaited regarding the same. The movie will star Bollywood actor Vivek Oberoi who will be essaying the role of an antagonist.