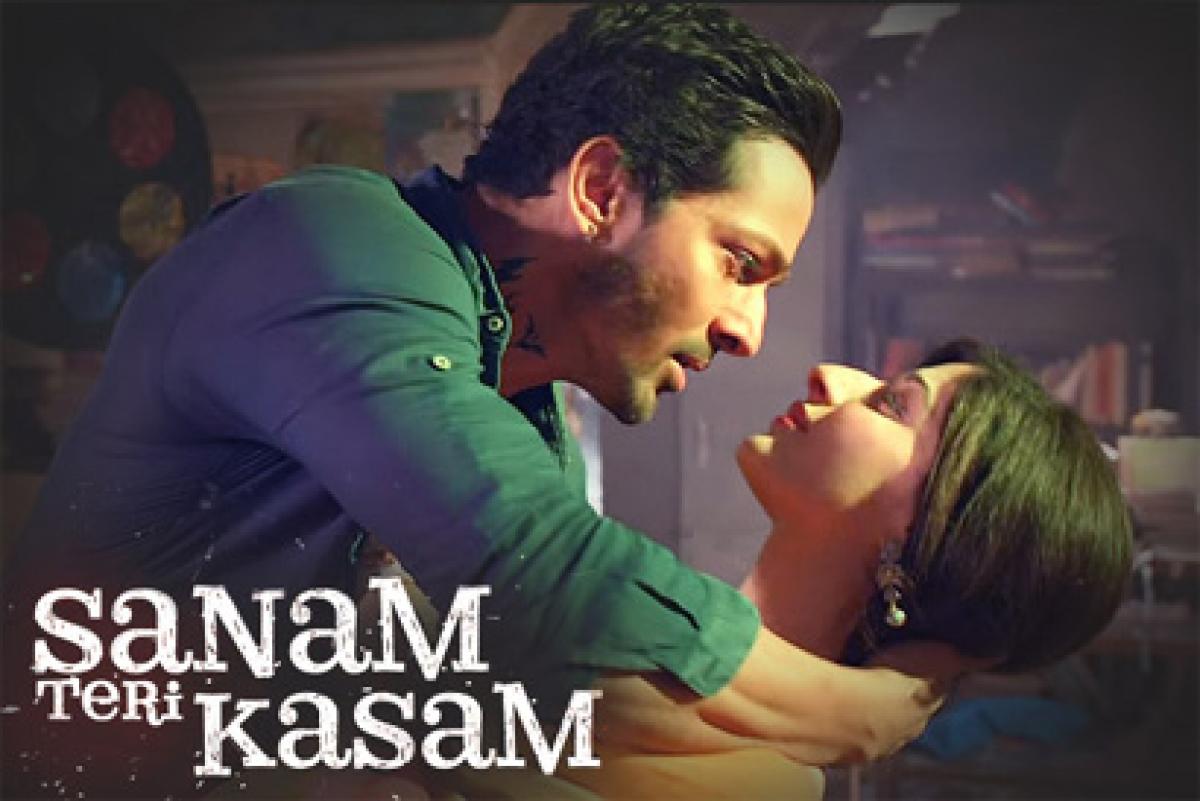 \"Sanam Teri Kasam\" is an intense love story of two diametrically opposite people; Saraswathy Parthsarthy aka Saru (Mawra Hocane), a Tamilian Brahmin and her wealthy neighbour Inder (Harshwardhan Rane). While Saru is a bespectacled plain Jane, who works in a library, Inder is a cynical rebel who lives life in the fast lane.

"Sanam Teri Kasam" is an intense love story of two diametrically opposite people; Saraswathy Parthsarthy aka Saru (Mawra Hocane), a Tamilian Brahmin and her wealthy neighbour Inder (Harshwardhan Rane). While Saru is a bespectacled plain Jane, who works in a library, Inder is a cynical rebel who lives life in the fast lane.

Leading a sheltered life, under the aegis of her strict disciplinarian father, her marriage is the biggest bone of contention in her family as she is always rejected owing to her dowdy appearance and staid personality. One day, in her desperate attempt to transform herself, Saru inadvertently changes her destiny.

With a well-written screenplay and powerful performances by the debutant duo in Bollywood, the film tugs at your emotional chords and makes you empathise with Saru and her plight. Their love story is credible and their onscreen chemistry is strong and tangible.

The dialogues befitting the characters who mouth them, are not the regular cliches in a love story and offer depth to the narration.

Harshvardhan Rane as Inder, delivers a controlled and poised performance, giving vent to his angst, love, frustrations and sorrow with restraint. He lights up the screen with his strong and well-chiselled physique and emotes superbly through his eyes. He is equally at ease as the silent lover, as he is in an emotional outburst.

Mawra Hocane, the Pakistani VJ, model and actor, is a delight to watch as Saru. She slips into the demure character with ease and her get-up certainly adds to her persona. She is confident and her innocence is endearing. You are one with her in her unrequited love, as also in her hour of grief.

Manish Choudhari as Saru's stern father essays his role competently and brings alive the character of the Tamil Brahmin authoritarian patriarch on screen. Murli Sharma as the policeman who is a sucker for love stories performs well too. Anurag Sinha as Abhimanyu Shastry, Saru's colleague and crush, offers a sincere portrayal.

The powerful background score is apt and uplifts the tenor of the scenes. The music by Himesh Reshammiya is soulful and one of the highlights of the film. The songs are penned well and bring out the mood of the film, especially "Haal-e-dil" and "Bewajaah". The only unwarranted song is perhaps the one picturised on Vijay Raaz.

With brilliant production values, "Sanam Teri Kasam" manages to draw you into the lives of Saru and Inder and moistens your eyes too.

Perhaps it is the last fifteen minutes of the film, which drags a bit and given the few cinematic liberties that the directors have taken, becomes a little mawkish. Else, theirs is a love story that will touch your heart without a doubt.