Teaser trail: After Brahmotsavam, Kshanam it's Oopiri for PVP 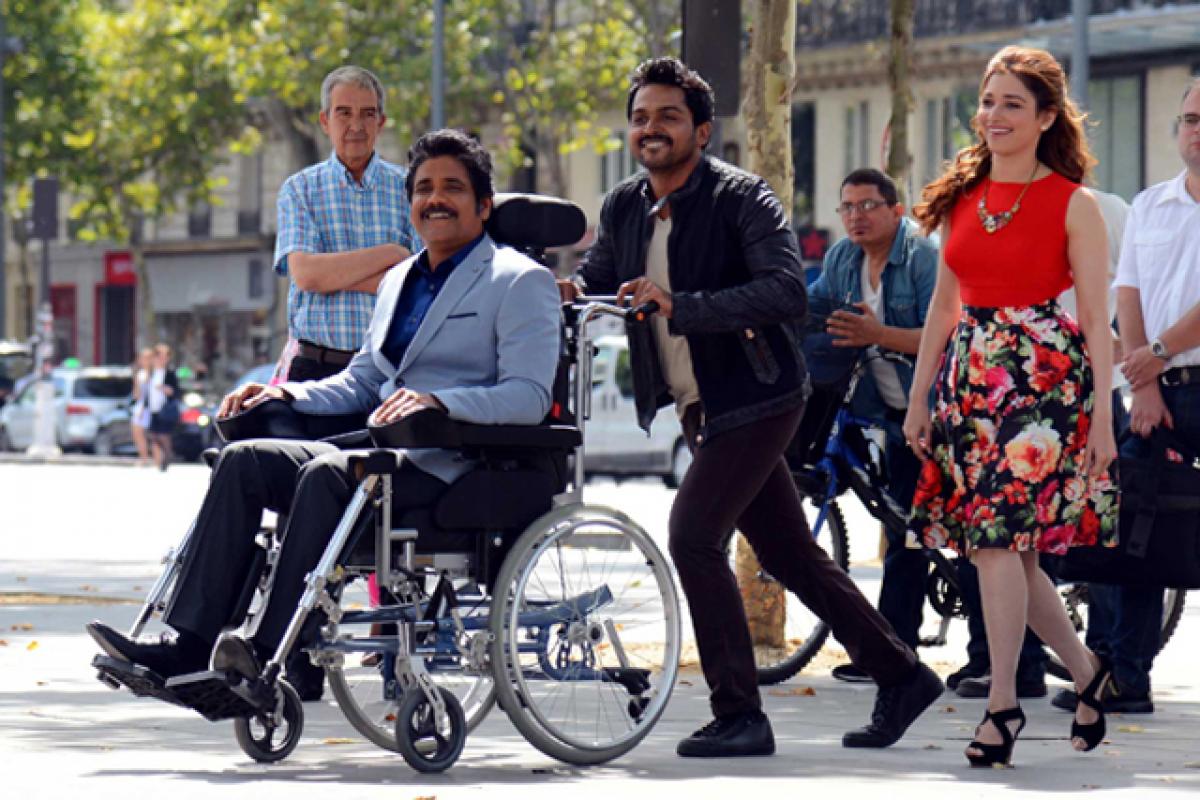 Big production banner PVP is need of a big success as most of its films failed miserably at the box-office. The production house is aiming big this...

Big production banner PVP is need of a big success as most of its films failed miserably at the box-office. The production house is aiming big this year with a couple of films lined up from them. Now, they are releasing the teasers of all these films in a short span.

The first one was Mahesh’s ‘Brahmotsavam’ teaser which was released on the eve of new year and the teaser broke several records. Recently, they released a trailer of their upcoming small film ‘Kshanam’. The trailer has won applause from every corner for its interesting narration and technical brilliance.

Now, they are planning to release the trailer of ‘Oopiri’ soon. As we know ‘Oopiri’ is a multi-starrer with Nagarjuna and Karthi in the main lead and Tamannah will be playing the female lead. Hope that all these films become successful and bring smiles on PVP banner.