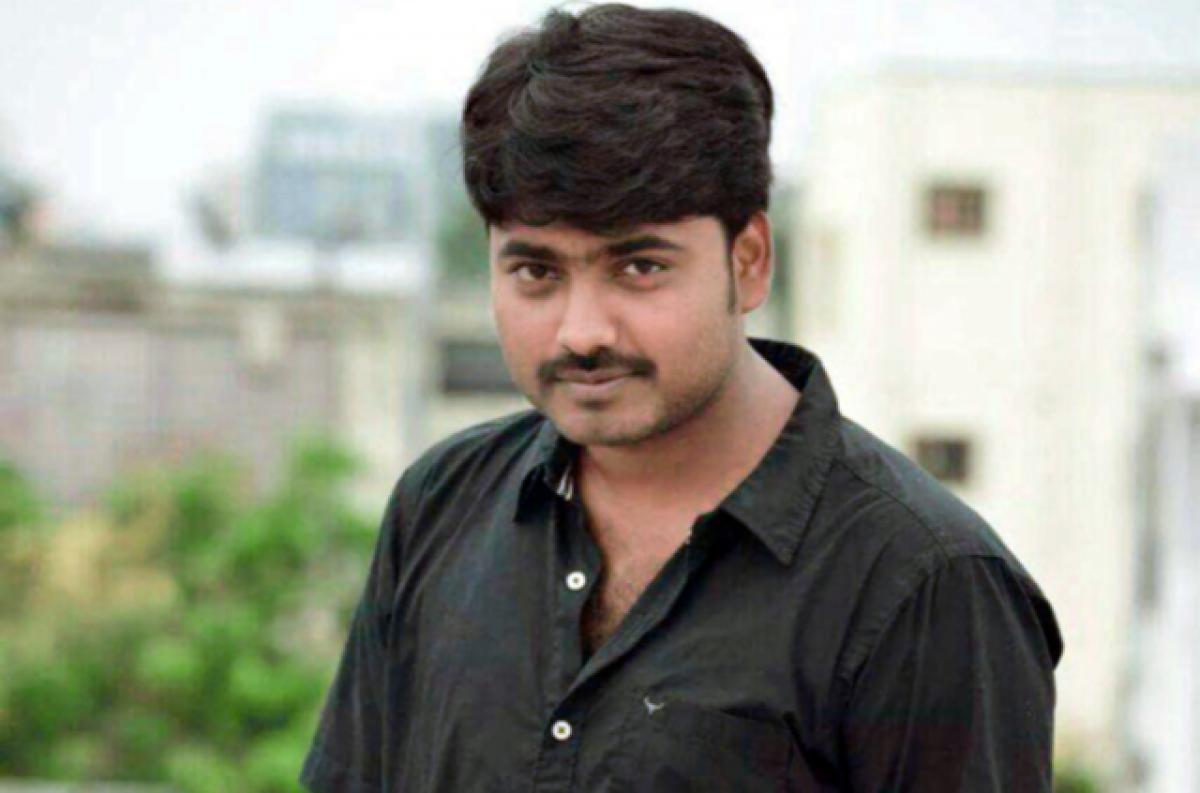 One of the fastest emerging names in the comedy arena is definitely Sudharshan Reddy interestingly, another import from the short films. With big projects like ‘Supreme’, ‘Chuttalabbai’, ‘Run’, ‘Eedu Gold Ehe’ and Nikhil’s next in his kitty, the Nellore-born lad is definitely here to stay.

One of the fastest emerging names in the comedy arena is definitely Sudharshan Reddy interestingly, another import from the short films. With big projects like ‘Supreme’, ‘Chuttalabbai’, ‘Run’, ‘Eedu Gold Ehe’ and Nikhil’s next in his kitty, the Nellore-born lad is definitely here to stay.

It seems Sudharshan was destined to come this way because he never really worked towards it. He recalls how it all began, “I had come to Hyderabad with an aim to eventually go to UK for a career. Around the same time, a friend of mine, as a part of his assignment, was planning to make a short film. I narrated to him the funny incidents I encountered during my trials at a consultancy. And that’s how he developed a script based on the concept. I had Rs 10,000 for my IELTS exam, which I was sure to fail. I decided to invest that on the short film ‘Americaku Vellalante Daaredhi’ and it was received really well on YouTube! I even received calls from the offices of Ram Gopal Varma and JD Chakravarthy in appreciation.”

He admits that his Nellore accent worked in his favour for the film. “We didn’t really bank on my accent, though and we instead concentrated on the concept. With limited resources, we managed to make a film. It was only after it (the film) was out that I realised I was carrying an accent.”

After a couple of other short films, and a few blink-and-you-miss appearances in feature films like ‘Run Raja Run’, ‘Pataas’ and ‘Dohchay’, he finally gained wide recognition—courtesy ‘Kumari 21F’. But guess what, the role couldn’t have been his at all! “Someone was finalised for the part initially but after Sukumargaru saw my short films, he roped me in. It happened just 10 days before the film went to floors. Though the role had negative shades, quite contrary to the careless and funny roles that I essayed in short films, it gave me good identification,” he beams wide.

The actor is now awaiting the release of ‘Tuntari’, directed by ‘Gundello Godari’ fame Kumar Nagendra. The film is a remake of Tamil hit ‘Maan Karate’.

“I play a software professional who is part of a batch of five—three guys and two girls. It’s a full-length role with good dialogues. During one of our weekend getaways, we encounter a Swamiji who gives us a newspaper article which is mysteriously dated five months after the day we meet him! The plot unravels from there,” he explains.
The youngster is absolutely delighted to have shot with his favourite hero Venkatesh for ‘Babu Bangaram'.

“He is not someone who greets you and then gets on to his work. He gave me tips on how to enact my part better while shooting. I play a fake constable in a show that he stages in the film,” signs off Sudharshan who has also been signed on for a key role in Ravi Teja’s as-yet-untitled flick with debutant Chakri.
- NR