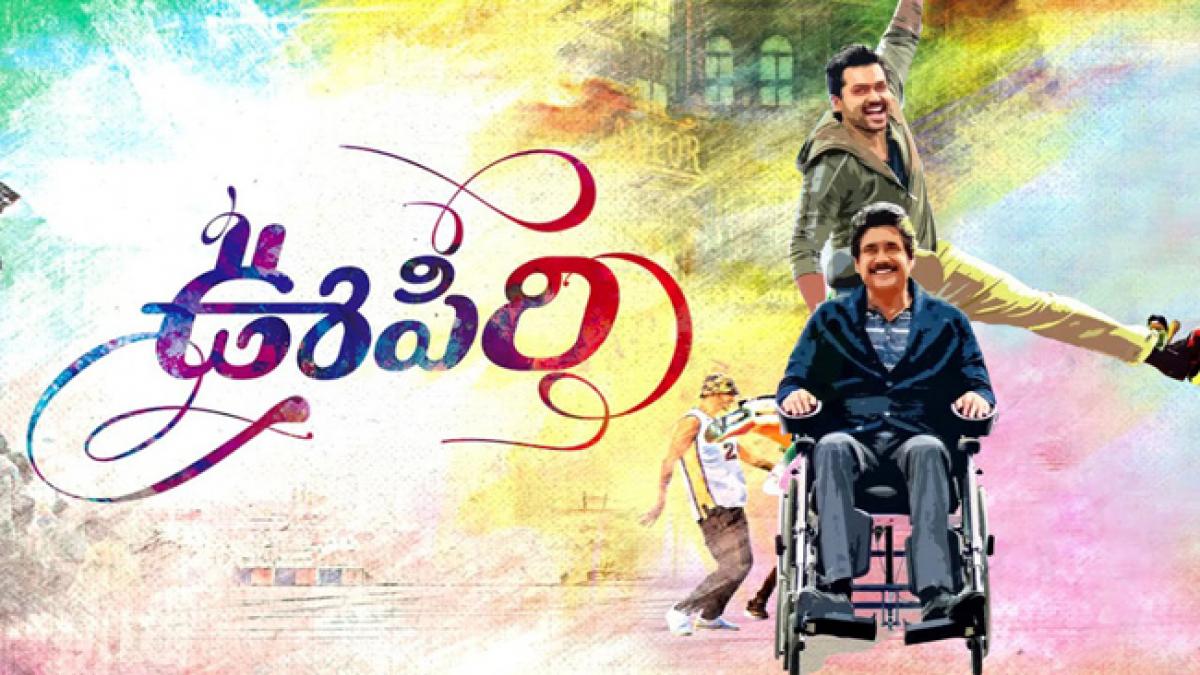 The theatrical trailer of Akkineni Nagarjuna and Karthi starrer Tamil-Telugu bilingual Thozha, which has been made as Oopiri in Telugu, truly...

The theatrical trailer of Akkineni Nagarjuna and Karthi starrer Tamil-Telugu bilingual "Thozha", which has been made as "Oopiri" in Telugu, truly celebrates life with the perfect cocktail of fun, drama and stunning visuals.

The trailer, which was unveiled on Friday, has caught the attention of netizens.

Both Nagarjuna and Karthi are seen having fun in the trailer and their bonding serves as one of the biggest highlights, besides Tamannaah's million dollars look and rich visuals.

Directed by Vamsi Paidipally, the trailer also clarifies that the film has not been dubbed into Tamil and that it's actually a bilingual, with Nagarjuna dubbing in his own voice for the Tamil version too.

Produced by PVP Cinema, the film is slated for grand release in both the languages on March 25.