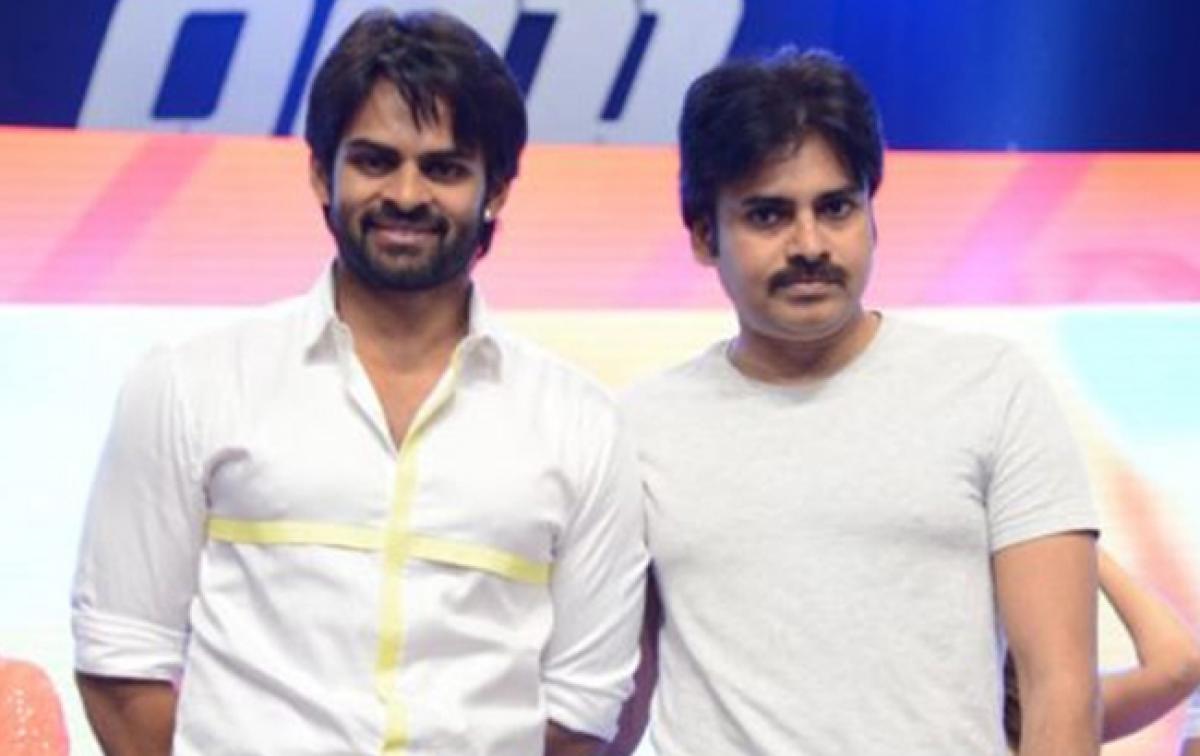 Power star Pawan Kalyan whose forthcoming flick Sardaar Gabbar Singh's audio launch turned into a major event witnessed his brother Mega Star Chiranjeevi gracing the function as the Chief Guest. The Mega selfie taken by Pawan Kalyan and Chiranjeevi with the fans became the major highlight of the event.

Rumour mills suggest that Dil Raju is planning to invite Pawan Kalyan as the chief guest to his nephew Sai Dharam Tej's movie audio launch event that is scheduled to be held on April 10. Whether Pawan Kalyan attends the event or not is to be watched.