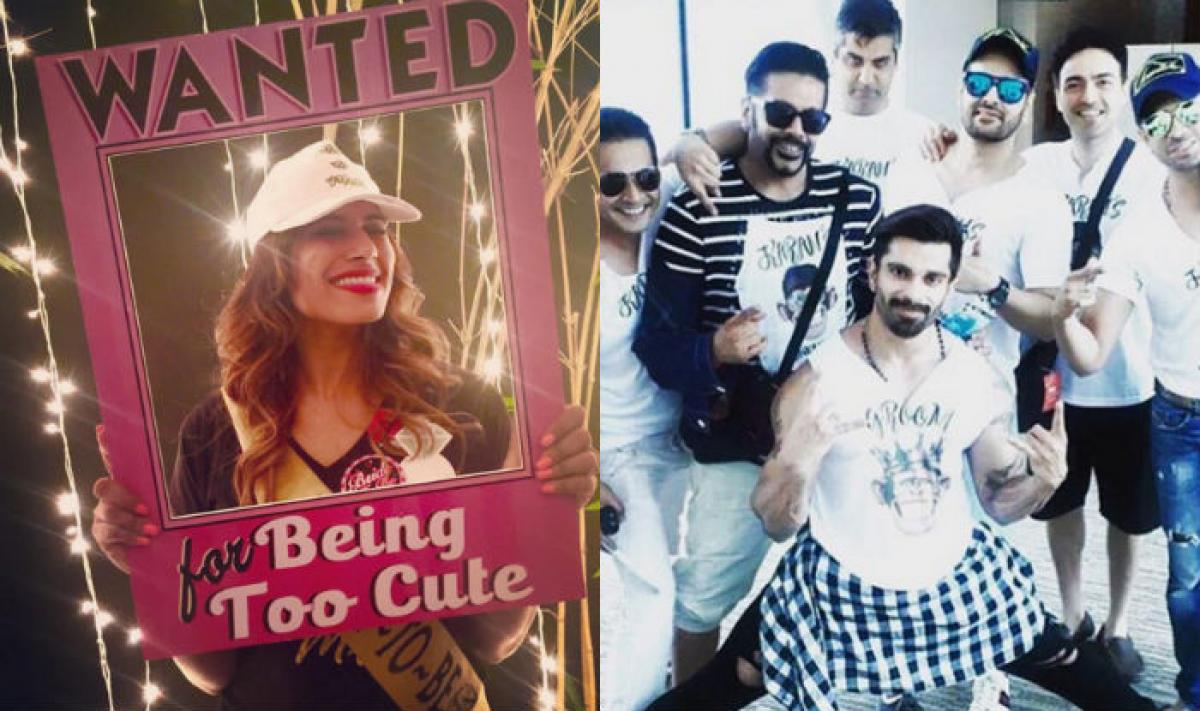 Actors Bipasha Basu and Karan Singh Grover, who are set to tie the knot on April 30, are already in a celebratory mood with pre-wedding events.

​Mumbai: Actors Bipasha Basu and Karan Singh Grover, who are set to tie the knot on April 30, are already in a celebratory mood with pre-wedding events.

While Bipasha posted images of her bridal shower hosted by her friends, designer Rocky S shared images of Karan's bachelors' party in Goa on social media.

Am so so so blessed to be loved by so many amazing ladies. My closest friends and my sisters❤️… https://t.co/qYjFNqsweQ

In one of the images posted by the “Alone” actress on her Instagram account and Twitter, she is seen sitting between heart shaped balloons during her bridal shower.

In another Instagram post, the actress is seen flaunting a "Bride-to-be" sash while standing on an elevated platform while her friends clicked her photographs.

Always believe in the Magic of Life❤️ My most favourite picture taken by my little sister vi_basu 😘 https://t.co/J7TmdBArZq

And guess who crashed my bridal shower ... The groom and his #monkeypack !!!! https://t.co/STODtsdobD

Meanwhile, Karan and his friends can be seen flaunting shades and white T-shirts with denims and shorts in the image posted by Rocky on his Twitter.