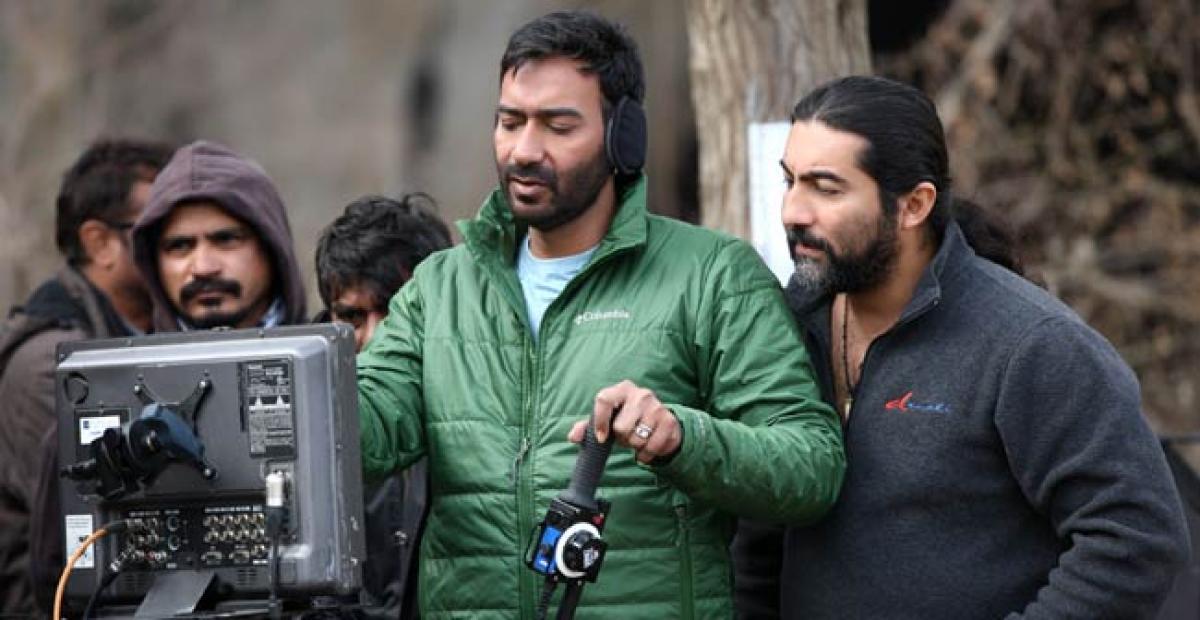 There\'s a lot of anticipation regarding Ajay Devgn\'s Shivaay which has been making waves for Ajay Devgn\'s daredevil stunts and exotic shooting locales !

There's a lot of anticipation regarding Ajay Devgn's Shivaay which has been making waves for Ajay Devgn's daredevil stunts and exotic shooting locales ! We now share with you a new still from Ajay Devgn’s directorial venture Shivaay.

The actor was snapped on the film's set in Bulgaria, where he is checking out a shot on the monitor along with his crew members. The movie is all set to release on Diwali 2016.