I think some Rajini fans are dumb: RGV 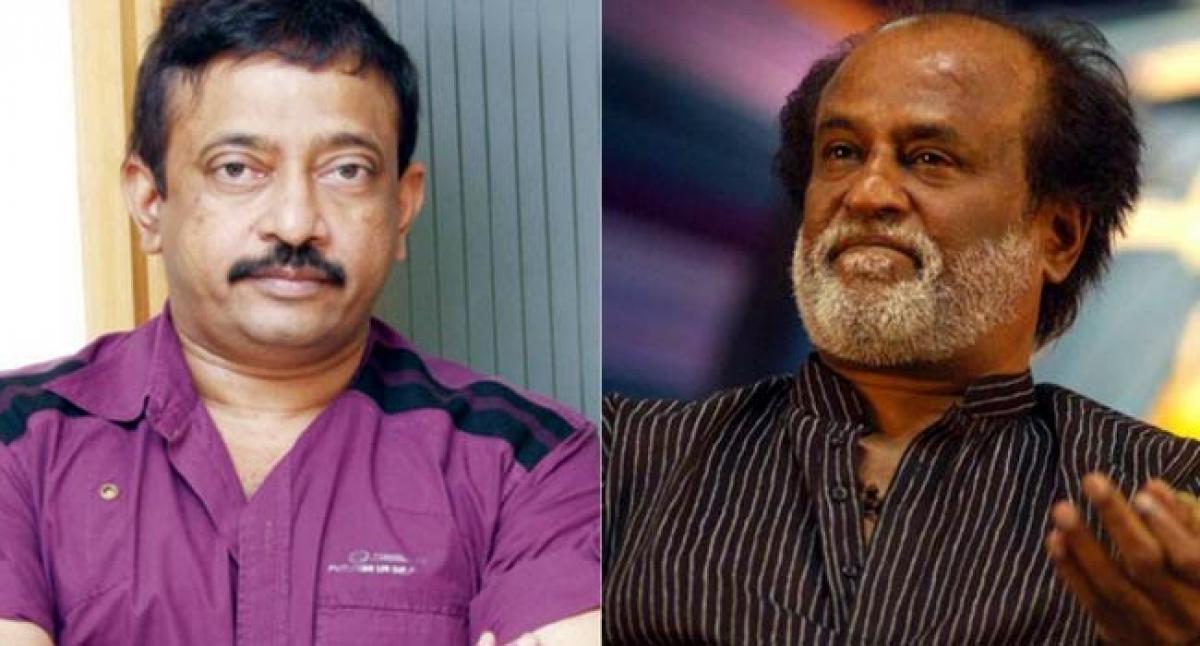 Filmmaker Ram Gopal Varma says fans of Rajinikanth will -'kill-' him if he tries to make a movie with him, after the director tweeted as to how can...

Filmmaker Ram Gopal Varma says fans of Rajinikanth will "kill" him if he tries to make a movie with him, after the director tweeted as to how can "somebody with his looks" become a superstar. Varma, in a series of tweets yesterday, wondered how can someone with looks of the Tamil actor become a superstar.

His tweets were met with extreme reactions from the fans who took offence over his views. "I think some of those Rajini fans are so dumb they didn't even understand I was complementing him. If a very handsome man becomes a big star what's the big deal, it happens all the time. But Rajinikanth looking (like) that becomes a big star.. that is a compliment," Varma told reporters here.

"God favours him much more than anyone else. That's what I meant. But dumb guys didn't understand," he added.

Varma was speaking at the trailer launch of his upcoming Hindi film "Verrappan". When asked if he would make a film with the "Linga" star in the future, the "Satya" director said, "I think Rajini fans will kill me if I make a film now. So unless all those dumb guys go, I am not going to go there."

Actress Amy Jackson had tweeted a picture of herself and Rajinikanth earlier, saying, "I don't think I've ever looked so happy on a photograph. Rajiniji, I feel super honoured to be acting alongside you." To which, Varma began a series of tweet writing, "This man by being the biggest star ever completely destroys the notion of looks being important for stardom... He is a bad looker, doesn't have 6 packs, short with a disproportionate body and knows just second half dance movements," he had tweeted. "Nowhere in world a man who looks like this can be SuperStar. I wonder what he did to God that God did this to him," the filmmaker had tweeted last night.