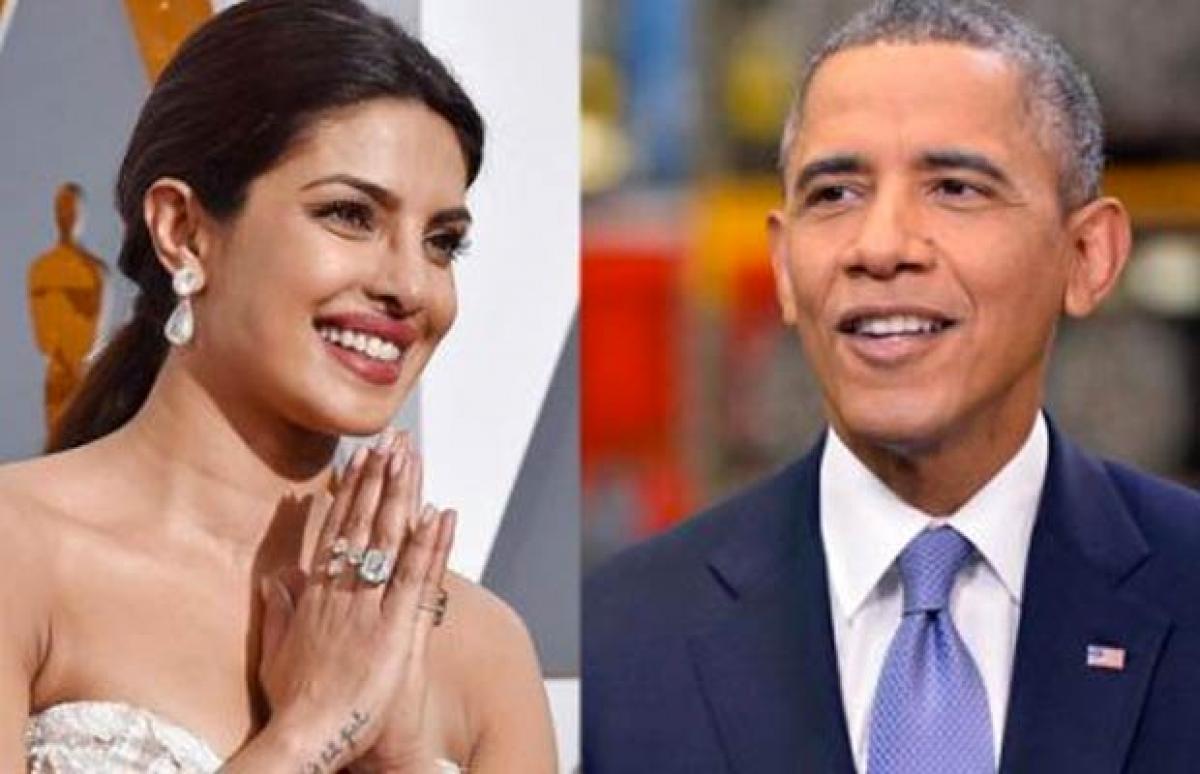 ​Washington: Indian actress Priyanka Chopra is glad to meet US President Barack Obama and First Lady Michelle Obama as she attended the White House Correspondents' Dinner here. The 33-year-old Quantico star, who is currently shooting in the US for the big screen Baywatch reboot, dazzled the last evening's affair in a deep-cut, black and sheer-stripe gown.

Lovely to meet the very funny and charming @barackobama and the beautiful @flotus . Thank you… https://t.co/64hQ2Q5OfM

At the Washington-insider event, attended by journalists, celebrities, politicians and advertisers, Obama did not hold back and he took jibes at Hillary Clinton, Donald Trump, CNN's Jake Tapper among others. The 2016 White House Correspondents' dinner, which was President Obama's last in office, was hosted by comedian Larry Wilmore.