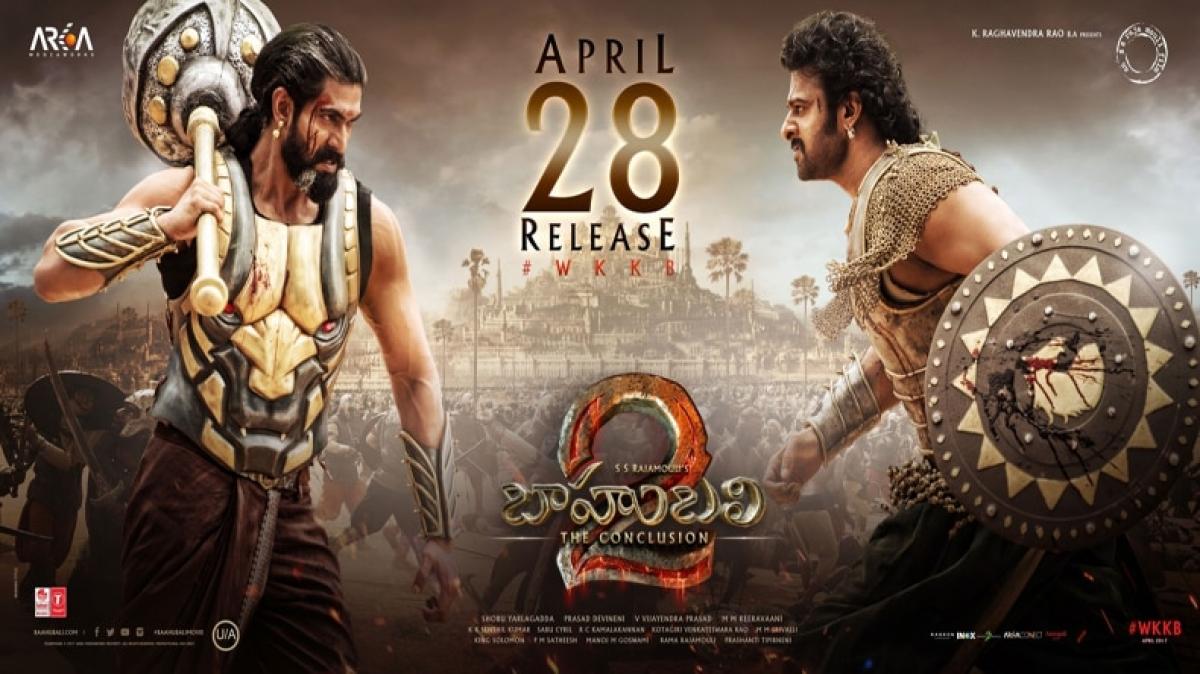 S S Rajamoulis \"Baahubali 2: The Conclusion\" opened to rave reviews in Tamil Nadu today, overcoming initial release hassles prompted by an alleged financial dispute between the producers and the distributors.

The film hit the screens just after 11 AM after the dispute was sorted out.

But it led to the cancellation of early morning shows, much to the disappointment of thousands of eager fans who had lined up outside the theatres with their tickets.

Cinema owners put up boards outside the halls to inform the audience about the development and offered refunds for the cancelled shows.

However, the dispute was resolved soon, paving the way for the Prabhas and Rana Daggubati starrer to hit the screens just after 11 AM, cinema industry sources said.

Also Read: Here's a recap of Baahubali: The Beginning

According to a source from the production team, the distributors had yet to pay a "substantial amount" to the producers, who withheld the NOC (No Objection Certificate), resulting in the cancellation of morning shows in the state.

The film released in about 650 theatres much to the delight of the franchise fans, who had been eagerly awaiting the sequel as the first part had ended on the famous cliffhanger -- "Why did Kattappa Kill Baahubali?"

National award-winning actor-director Dhanush praised the film, calling it a masterpiece by Rajamouli.

"There is no easy way to express what a mind-blowing experience Baahubali 2 was. OMG. Speechless. Salute to the entire team. Please watch it in theatres," he tweeted.

"And Prabhas, never seen a face thats so endearing. So innocent yet fierce. Your hard work humbled me. Congrats. Way to go bro," Dhanush said in another tweet.

Meanwhile, reports said the film had been illegally released on some portals.