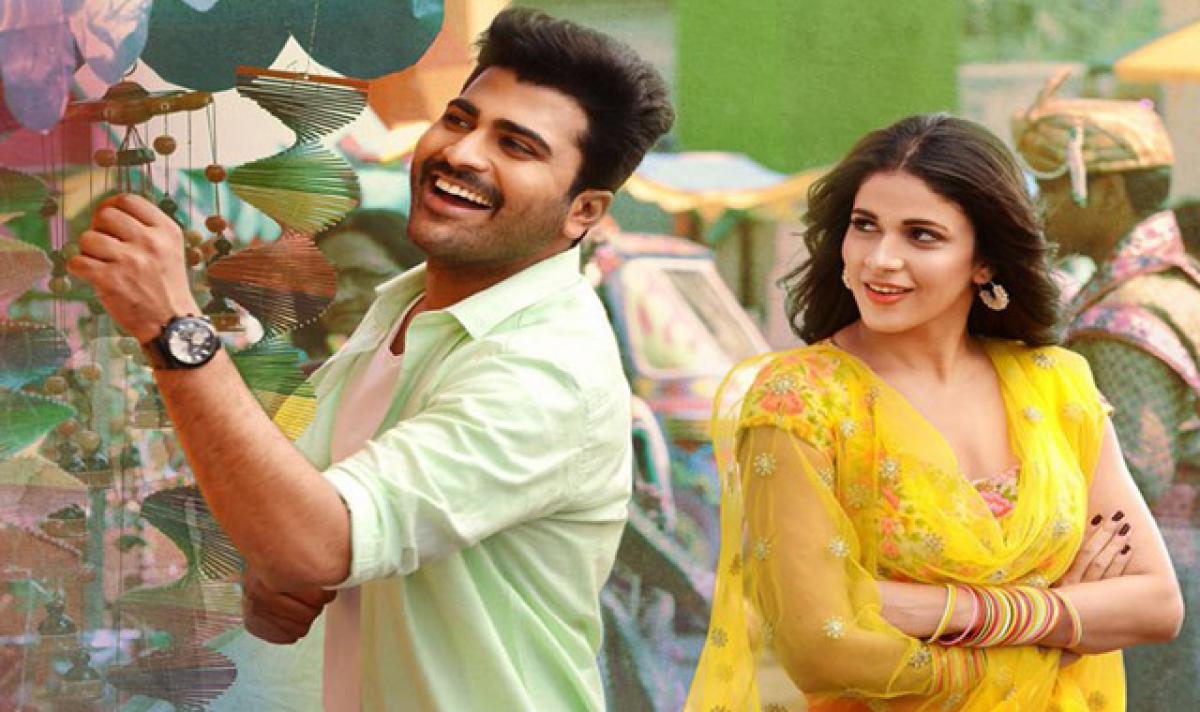 In an industry where super heroism is the order of the day and bodies and vehicles fly in all directions simultaneously during stunt sequences, showing a hero who does not raise his hand, even once, to bash up the baddies deserves kudos for sure.

In an industry where super heroism is the order of the day and bodies and vehicles fly in all directions simultaneously during stunt sequences, showing a hero who does not raise his hand, even once, to bash up the baddies deserves kudos for sure. Another refreshing attempt is to keep the proceedings fluffy and casual, relying more on the comic-timing of the lead star and the supporting cast surrounding him. With such a combination, the flick ‘Radha’ that shapes up over a two-hour running time is a breezy one for the most part.

First time director Chandra Mohan has the opportunity to cash in on the existing surge in Sharwanand’s career, riding on the success of his last film ‘Shatamanam Bhavati’. His innovative approach in cooking up a broth, which has a strand of mythology in the form of the hero’s Krishna ‘bhakti’, a lesser emphasis on action and instead re-orienting the treatment grounding it in a soft mix of romance and comedy works very well.

Clearly demonstrating his intent to portray the ‘law-and-order’ enforcers in a positive light, Chandra Mohan builds the hero as a duty-conscious, hyper active cop who is slowly sucked into the whirlpool of political intrigue and power mongering. Steering clear from the humdrum track which the movie could have adopted with such a storyline, the director dares to follow his own intuition and that turns to his advantage.

Of course, not all that he shows is new or different. The hero’s relentless stalking of the heroine, who obviously falls for his silly pranks, is vintage Indian cinema. Still, the new pair of Sharwanand- Lavanya Tripathi is easy on the eye, the chemistry casually worked up.

With a few scenes reminding the viewers of cop flicks like ‘Dabangg’, especially in the manner in which the romance takes place between the boy and the girl, the audience settles into a comfy zone as the easy-paced narrative proceeds to a feel-good finish.

Ashish Vidyarthi and Ravi Kishan, the bad guys go through their roles with ease, with the latter having more footage than the veteran Vidyarthi. Kota Srinivasa Rao is also seen in a blink-and-miss appearance, yet manages to leave an impact. Telugu cinema has now one more hero, outside the star lineage like Nani who can be trusted to shoulder a film and make it count at the box-office.