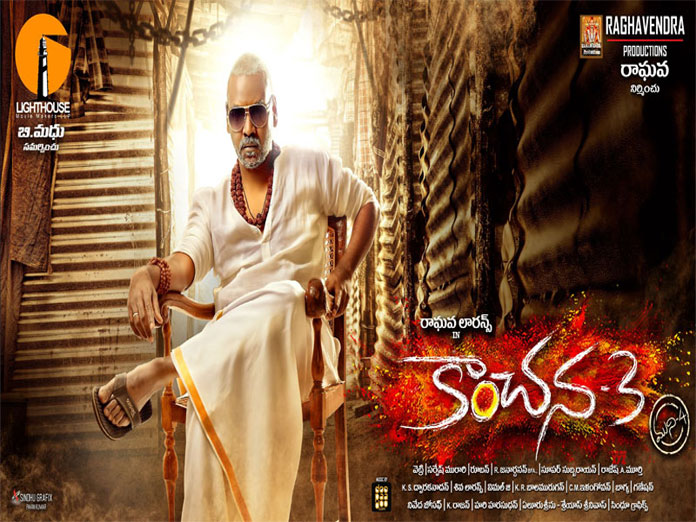 Produced by Light House Movie Makers and Raghavendhra Productions, actordirector Raghava Lawrence is all set with next installment in MuniKanchana series

Produced by Light House Movie Makers and Raghavendhra Productions, actor/director Raghava Lawrence is all set with next installment in 'Muni'/'Kanchana' series.

Titled as 'Kanchana 3', Raghava Lawrence is helming the project. Today, the makers unveiled the motion poster of the film. Lawrence is seen sporting a traditional avatar. The actor is going to return with the same genre of revenge and we can expect a rollercoaster ride of fear and fun with this fun. The motion poster increased the buzz among the audience as well as the expectations on the film.

Oviya and Vedhika will be playing female leads in the film. SS Thaman is composing tunes for the film. Raghava Productions is bankrolling this project which is expected to be April release.