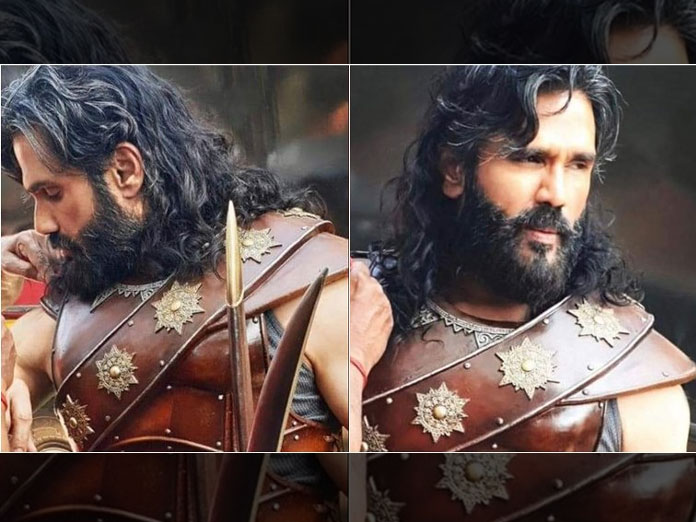 The first look of Suneil Shetty as a warrior surfaced online and has gone viral. The veteran actor looks every bit a warrior in it and film buffs just can’t wait to know more about his role.

The movie is based on the life of Navy chief, Mohammed Ali aka Kunjali Marakkar IV. Actor Mohanlal will be playing the title role in the film, which also has Suneil Shetty, Manju Warrier, Arjun Sarja, Mukesh and Keerthy Suresh in pivotal roles.

The film will be produced jointly by Antony Perumbavoor, Santhosh T. Kuruvilla and C.J. Roy under their respective banners on a budget costing Rs. 100 crores.

Reports are that the shooting of this magnum opus is planned to be completed by March or April this year and its post-production will take around six months due to a large amount of VFX involved.

The Los Angeles-based Anibrain VFX and Creative Studio will be handling the VFX for this magnum opus.

Incidentally, Anibrain in association with Framestore had won the Oscar award for Best Visual Effects for the film, Blade Runner 2049.

Marakkar: Arabikadalinte Simham is set for release early next year.