Caught in time warp, these villagers travel on horsebacks 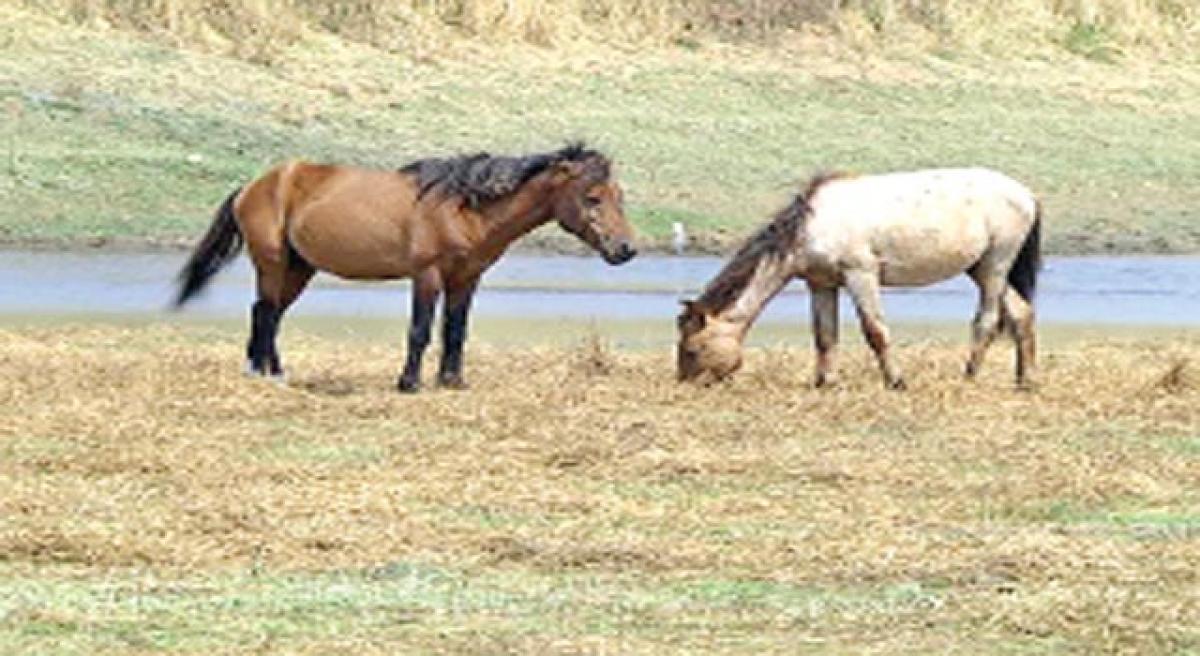 In the absence of a motorable road to at least 322 tribal hamlets in Tiryani mandal, people have no alternative except use horses as means of transport. The habitats are surrounded by hillocks and rocks and uneven terrain forcing the people to use horses to transport goods.

Asifabad: In the absence of a motorable road to at least 322 tribal hamlets in Tiryani mandal, people have no alternative except use horses as means of transport. The habitats are surrounded by hillocks and rocks and uneven terrain forcing the people to use horses to transport goods.

Even there are no kuctha roads. Hence, villagers, including women, go to Asifabad, Tiryani, Tallapeta in Dandepalli mandal on horsebacks to buy goods. In Asifabad district, the government officials identified at least 322 habitats with no roads; not even kutcha ones. The villages remain cut off from the rest of the world because of no road connectivity.

Moreover, the villagers have to negotiate 1,500-foot tall hills. Even on horsebacks, it will take a full day to buy goods and reach home. Horses get exhausted because of the rugged terrain. A tribal woman Sangubai said she and other women often travel on horsebacks to nearby towns to buy rice, pulses, vegetables, edible oils and other essential commodities. Owners of provisional stores in villages own horses and use them to ply to nearby towns.

Students are discontinuing education after SSC for want of transport facility. A villager Jangupatel has appealed to the government for proper road facilities. Many villagers died for want of emergency medical services during rainy season. Seasonal fevers, anemia and other health challenges have claimed lives of tribals because of the difficulty in shifting seriously indisposed to hospital because of the inaccessibility of ambulances. To get an ambulance, the patients have to travel a distance of 20 km on bullock-carts.

The tribals are seething with anger over the state government’s negligence to provide basic amenities to them. Though there is a primary health centre at Ginnedhari in Tiryani mandal, but there is no proper road to reach it. Unable to walk the distances and not able to get proper medicare at homes, many villagers are succumbing to diseases. For want of road communication facilities, milk and eggs are not being supplied to inmates of Anganwadi centers.

The tribals have been appealing to the State government to set up a government hospital at Pangidimadaram. In Kerameri, which has a population of over 2,000, has only one borewell. As such women have to wait hours together to fetch a pail of water. In Beemrelli and Morriguda, the problem is more or less similar. A tribal woman Kamalabai said that they had been contracting illness on being exposed to sun for hours together while fetching water. They are appealing to the government to solve drinking water crisis.