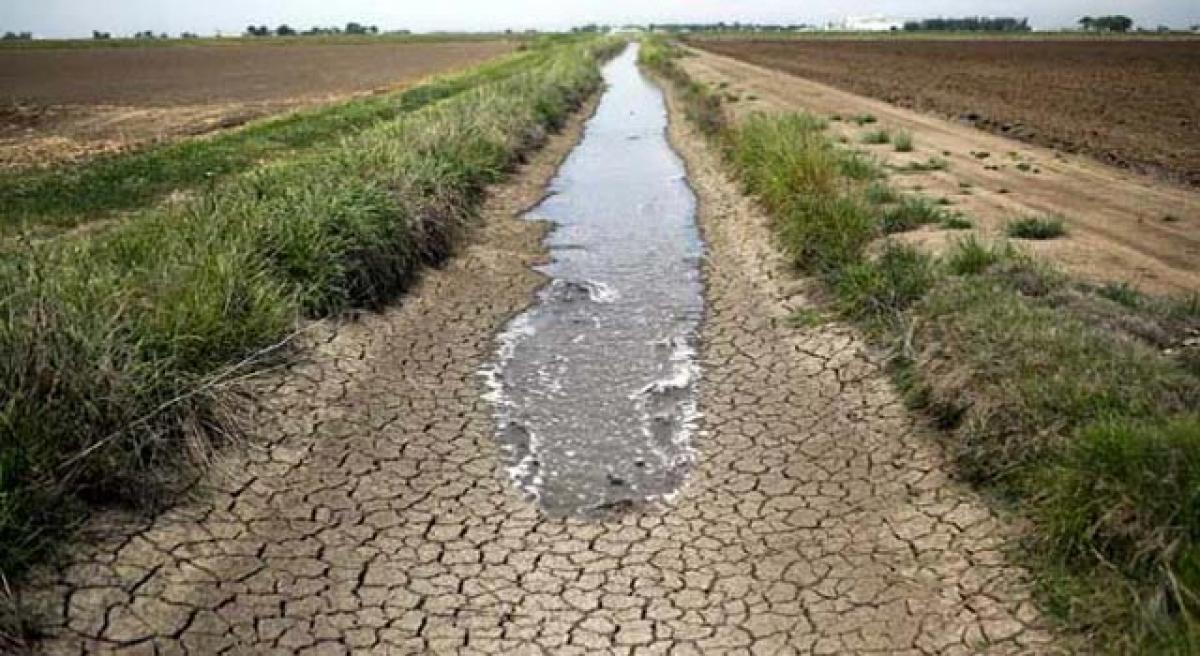 Villages across southern states of Kerala, Karnataka, Tamil Nadu and Andhra Pradesh have been declared drought affected by the government, following the failure of the 2016 monsoon rains.

ne of the worst droughts in decades across south India is forcing tens of thousands of farmers and labourers to take out loans to survive, pushing them into debt bondage and increasing the risk that they may be exploited for work, activists said.

Villages across southern states of Kerala, Karnataka, Tamil Nadu and Andhra Pradesh have been declared drought affected by the government, following the failure of the 2016 monsoon rains.

With soaring temperatures, parched reservoirs and little agriculture-based employment, villagers are being forced to take loans to buy food, water and pay for school and medical fees, activists said, calling it the “point of no return” for farmers.

“The debts are mounting across villages,” said Gladston Xavier, professor at Chennai's Loyola College, who is monitoring the impact of the drought in Tamil Nadu.

“People are being pushed into demeaning labour and more routes for trafficking have opened up. The risk has never been so severe or obvious.” Debt bondage is the most prevalent form of forced labour in India where an estimated 18 million people live in some form of modern slavery, according to the latest Global Slavery Index by Walk Free Foundation.

In India, borrowing from moneylenders and labour agents at high interest rates forces debtors into offering themselves for work in brick kilns, rice mills or farms as security against the loan they have taken or have inherited from a relative. They spend months - or more - working to pay it back and are trapped in the cycle of debt bondage, rights activists say.

R. Murali of the rights charity People's Union for Civil Liberties, which is preparing a report on drought in the Delta region of Tamil Nadu, said existing government safety nets, such as guaranteed employment schemes, weren't enough. “Villagers are being forced to pick up all kinds of loans, knowing very well that it will mean a lifetime of some form of bondage to repay it. Or they are just killing themselves.”

Suicides
Hit by consecutive years of drought, unseasonal rains and fluctuating global commodity prices, more than 12,600 farmers and agricultural labourers committed suicide in 2015, according to the National Crime Records Bureau (NCRB). According to the National Human Rights Commission, over 100 farmers committed suicide in Tamil Nadu in January 2017. Most suicides are related to bankruptcy and indebtedness or farming-related issues, said the NCRB.

K Srinivas, head of drought management in the Indian agriculture ministry said teams had assessed needs in the drought-hit areas and greater assistance would be offered to rural workers. “Funds are being released and 50 additional days of work under the rural employment guarantee scheme has been approved by the Indian government to provide more livelihood,” he said.

But with payments for the livelihood programme being delayed and a cash crunch in the rural economy, many are desperately looking for jobs, campaigners say. Many from the marginalised Dalit and tribal communities who worked as agricultural labourers are suddenly without work, leaving them to turn to village moneylenders. “In Nagapattinam district, there are over 300,000 agricultural labourers who have lost an entire year's livelihood,” Prema Revathi of non-profit Vanavil said.