Invigorating body and mind in an environment of spiritual bliss 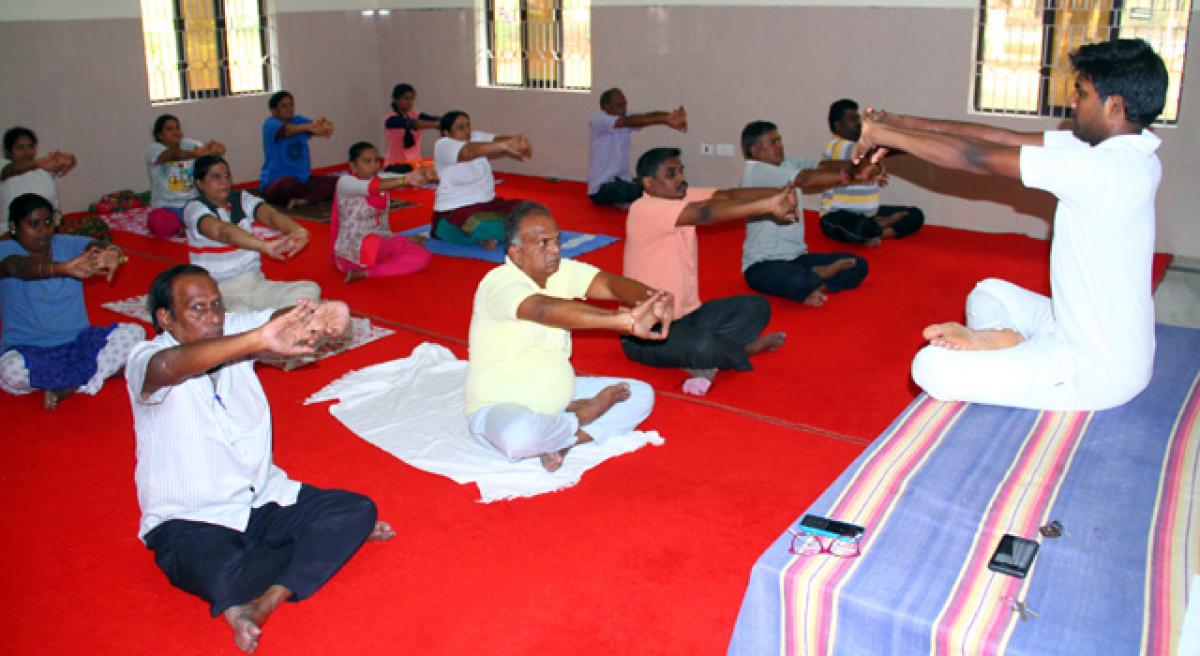 To make the pilgrim city “Swaasthya Tirupati”, Yoga therapy camp is being held at Rashtriya Sanskrit Vidya Peetha (RSVP). The 45-day camp is an attempt aimed at bridging the gap between traditional and modern science.

Tirupati: To make the pilgrim city “Swaasthya Tirupati”, Yoga therapy camp is being held at Rashtriya Sanskrit Vidya Peetha (RSVP). The 45-day camp is an attempt aimed at bridging the gap between traditional and modern science. Needless to say, the importance of Yoga is reflected in the United Nations passing a resolution which was supported by 181 countries- to observe International Yoga Day on June 21 every year.

Yoga is a spiritual science and a natural way of maintaining good health. Having a healthy body has assumed importance since it is a prerequisite for the expansion of consciousness. Dr A Rajendra Reddy, the designer and organizer of the course and director of Yoga Therapy Centre in RSVP explaining the objective of the camp to The Hans India said that health has many dimensions like moral, social and spiritual and Yoga has applications for each one of them.

To keep the multi dimensional body healthy, Patanjali has given a technical module called Kriya Yoga in which Hata Yoga is for physical body, Gnana yoga is for mental body and Bhakti yoga is for emotional body. An integrated course synchronising these three is being conducted at this Yoga camp, he said. “Yoga is an art and science. Like an art it can be experienced and like science it can be tested. It is not mere theory but 99.9 per cent practice in holistic approach,” Dr. Reddy said and informed that focus of the camp was mainly on four diseases.

According to Dr. Reddy modern day life is filled with stress and it affects the nervous system which leads to hyper tension and metabolic disorders. That in turn affects the pancreas which causes diabetes. Stress also leads to back pain and menstrual disorders. In the present day context, most people are suffering from these disorders only which are the root cause of several other diseases.

Dr Reddy pointed out that yoga has both preventive and curative practices. Yoga has techniques for diet modification, life style modification and relaxation. It contains several drugless applications which can be scientifically verifiable.

He also averred that, they are collecting data of the participants at the beginning and end of the course which will be evaluated by a team of doctors. Each participant will be given the evaluative discharge summary at the end of the course. The response to the camp is so huge that the organizers are finding it difficult to provide halls for accommodating the large number of participants, he said.