Forgive and forget for tranquility in life 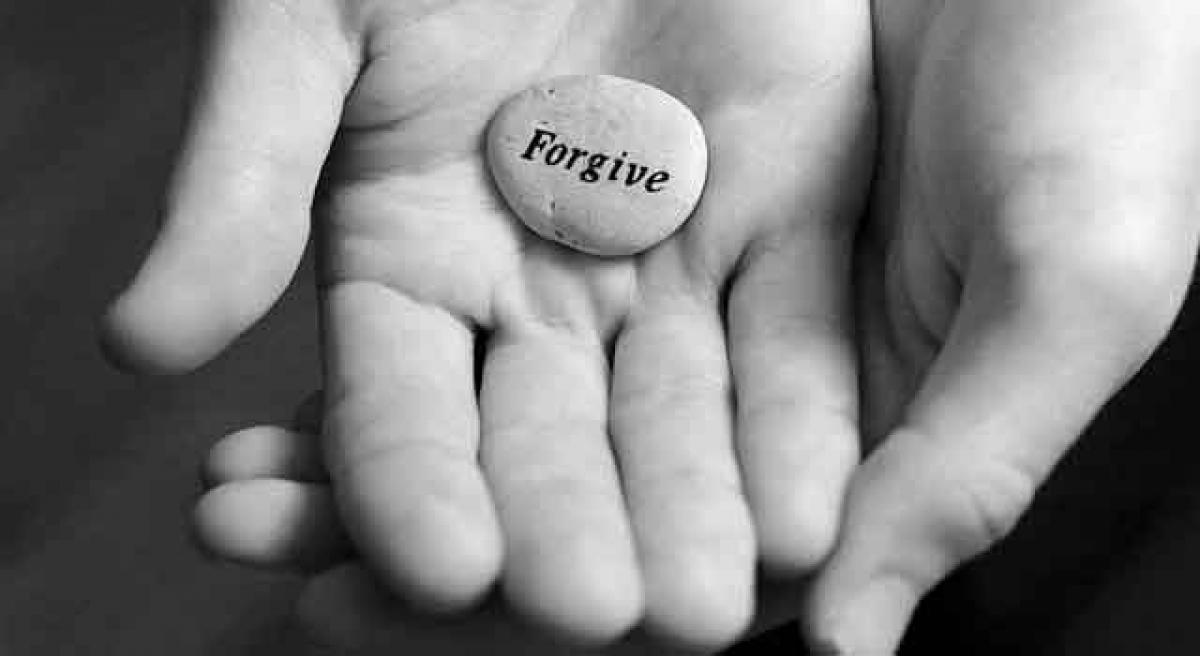 Life is a chain of complex events. Everything is not affable. Often one confronts with others. Disagreement, dispute and disconcert lead to distress. Some soon return to normalcy while others persist with disengagement.

Life is a chain of complex events. Everything is not affable. Often one confronts with others. Disagreement, dispute and disconcert lead to distress. Some soon return to normalcy while others persist with disengagement.

But, protracted animosity takes a heavy toll on both your time and energy. Many remain oblivious of this general human behaviour. Consequently, one’s productivity suffers. The need, therefore, is to be governed by a ‘forgive and forget’ philosophy in order to enjoy tranquility in life.

Through animosity, one feels that he or she is taking vengeance against others. But, the reality is that one’s happiness is the casualty. It’s a form of self-inflicting pain, whose roots have origins in a staidly negative state of mind. Jainism propounds that forgiveness yields happiness.

Mahavira in Uttaradhyayana Sutra philosophises: By practicing prayascitta (repentance), a soul gets rid of sins, and commits no transgressions; he who correctly practises prayascitta gains the road and wins the reward of good conduct.

By begging forgiveness he obtains the happiness of mind; thereby he acquires a kind disposition towards all kinds of living beings; by this kind disposition, he obtains purity of character and freedom from fear. In Buddhism, forgiveness is seen as a practice to prevent harmful thoughts from causing havoc on one’s mental well-being.

Even scientific research finds a positive correlation between forgiveness and the corresponding physical well-being. A study at the University of Wisconsin found the more forgiving people were, the less prone they were to illnesses.

The less forgiving people reported a greater number of health problems. Van Oyen, and others in an article, ‘Granting Forgiveness or Harboring Grudges: Implications for Emotions, Physiology and Health’ (Psychological Science No 12 (2001):117-23) states a more precise relationship between one’s nature of forgiving and his or her own physical health.

Studies clearly reveal that when people think about forgiving an offender it leads to improved functioning in their cardiovascular and nervous systems. People take to crime in a fit of anger too. Such situations are even irretrievable.

Developing a sense of forgiveness will help guard you against possible extreme acts, which can have disastrous consequences for you and the victims. People suffering from patriarchal and other forms of superiority complex resist from forgiving due to a problem of perception.

Such people erroneously hold the view that forgiveness is a symbol of personality weakness. But, from Gandhiji to Martin Luther King, it was repeatedly proved beyond doubt that non-violence is not an act of cowardice but a potent and effective weapon to fight asymmetry of power.

Philosophy is fine. But, practice is what one needs to master. Some may have this character by nature. But, others have to practice it. This can be possible by controlling emotions. Silence, at times, complicates things. But it can be a solution to many problems. Positive emotions are enduring.

Most often negative emotions are momentary in nature. If you wait for some time, the storm will pass through. Practice controlling emotions. Every human being and every situation cannot always be negative. Try to locate the positive aspects and appreciate so that the clouds will disappear. Shift to more engrossing and more rewarding activity.

Mother Teresa in ‘The Joy in Loving: A Guide to Daily Living’ advises us of some simple means to remain kind and gentle.

Speak as little as possible of one’s self; to mind one’s own business; Not to want to manage other people’s affairs; To accept contradictions and corrections cheerfully; To pass over the mistakes of others; To accept insults and injuries; To accept being slighted, forgotten and disliked; To be kind and gentle even under provocation; Never to stand on one’s dignity; To choose always the hardest.

Avoiding certain common things could also help you in this regard. Such avoidable attributes include being over intrusive, undesirable curiosity, unnecessary repetition, doing something that annoys people around you, false prestige, retaliatory mindset, unwanted comparison with others and unreasonable assessment of oneself.

Forgiveness gives us the benefits which we do not even expect. Research documents that it helps even to live longer. It improves and lubricates your social relationships thus making your life cheerful besides being healthier.

Susan Krauss Whitbourne in an article on “Live Longer by Practicing Forgiveness” published in ‘Psychology Today’ explains that research on forgiveness and measures of health showed that forgiveness, in general, is positively associated with better health in terms of the heart, hormones, and immune system.

There are also psychological benefits to forgiveness. People who forgive more readily are less likely to be depressed and anxious, and more likely to be cheerful. These physical and psychological qualities could all be keys in predicting a longer life.

Free yourself from the feeling of revenge, retaliation, resentment, retribution, reprisal. Replace these negative emotions with compassion, kindness, magnanimity, empathy, warmth and benevolence. Experience the difference in yourself. Science and spiritualism converge on accepting the immense value of forgiveness.