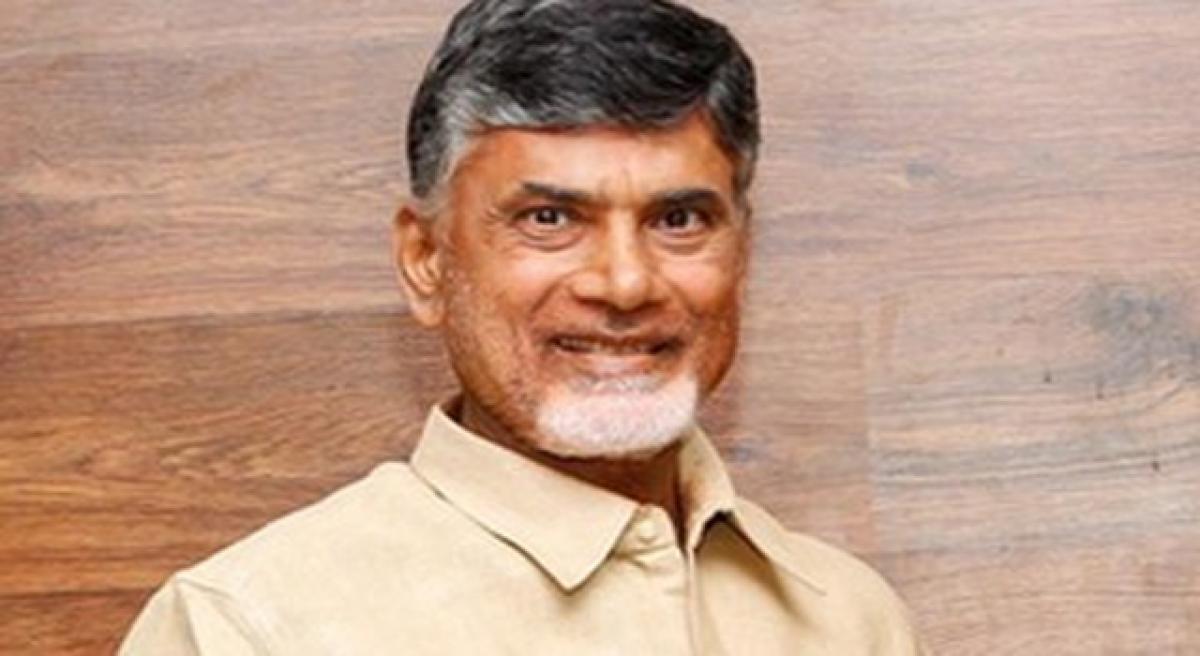 As Opposition sees in it an opportunity to revive their political fortunes, the ruling Telugu Desam in Andhra Pradesh is increasingly under pressure to choose between Special Status  for the beleaguered state or political partnership with the Bharatiya Janata Party . Thus is the war of words between the two NDA partners.

As Opposition sees in it an opportunity to revive their political fortunes, the ruling Telugu Desam in Andhra Pradesh is increasingly under pressure to choose between Special Status for the beleaguered state or political partnership with the Bharatiya Janata Party . Thus is the war of words between the two NDA partners.

Whether the acrimony is by design or default, the TDP is making every effort that it wants both the status and special relationship with BJP, again all in the interests of state and its people.

But, people of Andhra Pradesh who inflicted a crushing defeat on Congress for what they believe to be an arbitrary division of the state, will find even BJP as a party that betrayed them. The TDP is still unable to assess the political costs of possible people’s emotional disgrace with BJP in the wake of ‘special denial’.

Certainly, there are legitimate reasons behind Chandrababu Naidu’s political predicament. The BJP led Central government is increasingly making it clear that Special Status for Andhra Pradesh is not possible. But, it still talks of all the necessary help except Special Status. The lingering fear in TDP leadership is that it has anyhow lost Special Status but by severing ties with BJP, it may lose even all necessary help.

Firstly, there should be an anti incumbency in general against Narendra Modi government. This is yet not so discernible especially after the recent round of Assembly election where the saffron party won Assam. The second condition is that the BJP should be a political force to reckon with in Andhra Pradesh.

It’s not so now and will not be so in the near future. Therefore, the TDP should be fighting with an imaginary foe even if it distances itself from the BJP. There is yet another possibility of the political vacuum created by TDP-BJP antagonism turning useful for the YSR Congress and Congress.

Thus is the political quandary for Chandrababu Naidu. For time being, Naidu is confining to selective leaks through the friendly media that he is annoyed and angry. But, how far such propaganda helps him politically tide over the situation is doubtful.

Both the promise of Special Status and the tie up with BJP are not just intimately connected to each other but were politically indispensable for Naidu’s come back.

The bifurcation idiom catapulted TDP to new political heights even stunning experienced political pundits. But, such a change in people’s perception of the then prevailing politics is not without reason. Recalling the past would be appropriate here to understand further on Naidu’s political tight spot.

The circumstances and the manner in which the state was divided created a sense of helplessness among the people of Seemandhra. The capital city, Hyderabad, was the bone of contention. An urge for development prevailed over the concern for welfare schemes.

Building of infrastructure in the new state and setting up of a new capital city dominated the political discourse. This was the context in which elections were held in the Seemandhra region.

The sense of helplessness strongly instilled in the Seemandhra electorate in turn also generated a feeling that the residual state of Andhra Pradesh desperately needed help from the Central government.

The people rallied behind Chandrababu for a host of other reasons but prominent among them was the fact that the average voter was convinced TDP could form part of a winning combination at the Centre and could deliver for the truncated state deprived of the lucrative capital.

Now, the frontal denial of Special Status, whatever may be the logic for it, is seen as negating the very basis for the voter’s choice. Naidu cannot ignore this and therefore he is concerned about the political costs of Special Status fiasco.

But, the electoral arithmetic prevailing at the Centre today does not provide any chance for Chandra Babu Naidu to maneuver. Though this is explicit, it cannot justify the continuing relationship with BJP despite volte face on Special Status.

On the election eve in 2014, while Naidu could successfully locate himself in a national political context that was considered so crucial for the Seemandhra in the wake of bifurcation, Jaganmohan Reddy demonstrated an utter lack of strategy.

He even sent signals of extending support to much discredited United Progressive Alliance which proved to be costly to his electoral prospects. Jaganmohan Reddy’s stand of supporting any possible formation at the Centre for the benefit of the state failed to convince the electorate. This is because of the discernible political trend in favour of the NDA in 2014.

Now in 2016, the TDP still fears that any withdrawal from this national context may do more harm than good for the party and the state. The NDA is still firmly saddled in power. There is no clear anti incumbency to dislodge the Modi government as of now.

The TDP will lose the good will if it withdraws from the ruling national coalition. The party has no alternate combination at the Centre to extend support. It cannot go with Congress. The third or fourth fronts are amorphous.

Severing ties with BJP would only mean estrangement from national polity without bringing any special benefit for the party and the state. But remaining an ally with BJP even as Special Status is denied will cast aspersions on TDP. Which course is less damaging?

The TDP leadership is still unable to make an assessment. Meanwhile, if the Special Status sentiment fizzles out or fails to evoke the continuing response and TDP moves away from BJP, the YSR Congress party is waiting in the wings to join the NDA bandwagon.

The BJP leadership is also not averse to such an idea evident from the fact that the BJP has not made any serious attack on Jaganmohan Reddy. The Centre has not shown any serious commitment to take the cases against him to any logical conclusion.

The Centre perhaps wants to use these cases as a carrot and stick to woo YSR Congress in case its relations with TDP get ruptured. The TDP is obviously worried of such an eventuality. At the same time, the TDP is worried about the impact of sentiment on public opinion.

It cannot forget the fact the Congress suffered a humiliating rout as the public sentiment against the bifurcation pervaded the political landscape in 2014. The fear of sentiment impact repeating haunts TDP more than BJP as the latter has little or nothing to lose in any case.

The opposition orchestrated campaigns on Special Status including street action in the form of bandhs are further perplexing the TDP. The TDP cannot be oblivious to the fact that margin of victory in 2014 was very narrow.

Thus, the TDP and BJP are perhaps busy in working out some sort of a package to showcase the Centre’s ‘generosity’ towards Andhra Pradesh. But how far the branding of the package would satisfy the people of the state shall determine the further course of political relations in the state.