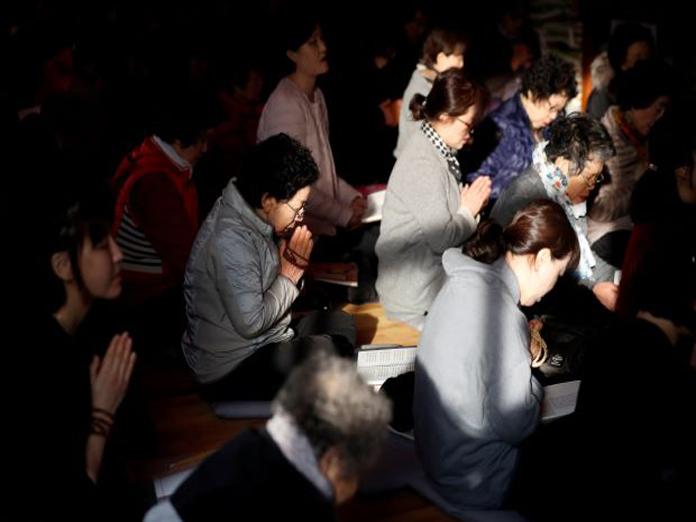 It was created as a biting satire of South Koreas notoriously competitive education system, but the countrys most popular cable TV drama has inspired some fans to ignore its warnings and instead double down on their pursuit of success

It was created as a biting satire of South Korea's notoriously competitive education system, but the country's most popular cable TV drama has inspired some fans to ignore its warnings and instead double down on their pursuit of success.

‘SKY Castle’ follows several ambitious families as their drive to send their children to the country’s best universities and secure lucrative jobs leads to identity fraud, suicide and murder.

The show's name comes from a fictionalised version of luxury residential community in Seoul's suburbs, but is also a nod to the acronym ‘SKY,’ which refers to South Korea's top three universities: Seoul National University, Korea University and Yonsei University.

It’s the most-watched drama ever to air on South Korean cable networks, according to Nielsen Korea, and has found a wide following in China.
As the series came to an end this week, however, there were signs the show has led some South Koreans adopt some of the more intense educational measures the creators intended to criticise.

Sales of the "studycube", a 2.5 million won ($2,235) wooden closet less than one square metre in size where students can hide themselves away to focus on their homework, for example, have soared eight-fold after it was featured in the show, according to the company which makes it. Demand for specialised university entrance coaches has also increased, after the show depicted a university admissions coordinator going beyond school records to guide everything from sleeping patterns to friendships.

Lee Man-ki, director of Uway Institute of Educational Evolution, plans to increase the number of courses for aspiring college prep consultants by 50 percent. All of this runs contrary to what the show's creators intended, ‘SKY Castle’ chief producer Kim Ji-youn told Reuters.

“This news of a flood of orders for studycube or people eagerly searching for study coordinators are what the script writer wanted to avoid the most,” she said.

“The script writer, who also went through her child's university admissions process, wanted to give the audience awareness of excessive education fever.”