Ice, desert coolers for animals to beat the heat Ice, Desert Coolers For Animals To Beat The Heat. With the day temperature soaring past 40 degrees Celsius, ice blocks, desert coolers, and special sprinklers keep cool the animals at the Mahendra Chaudhary Zoological Park here, one of the largest in northern India. 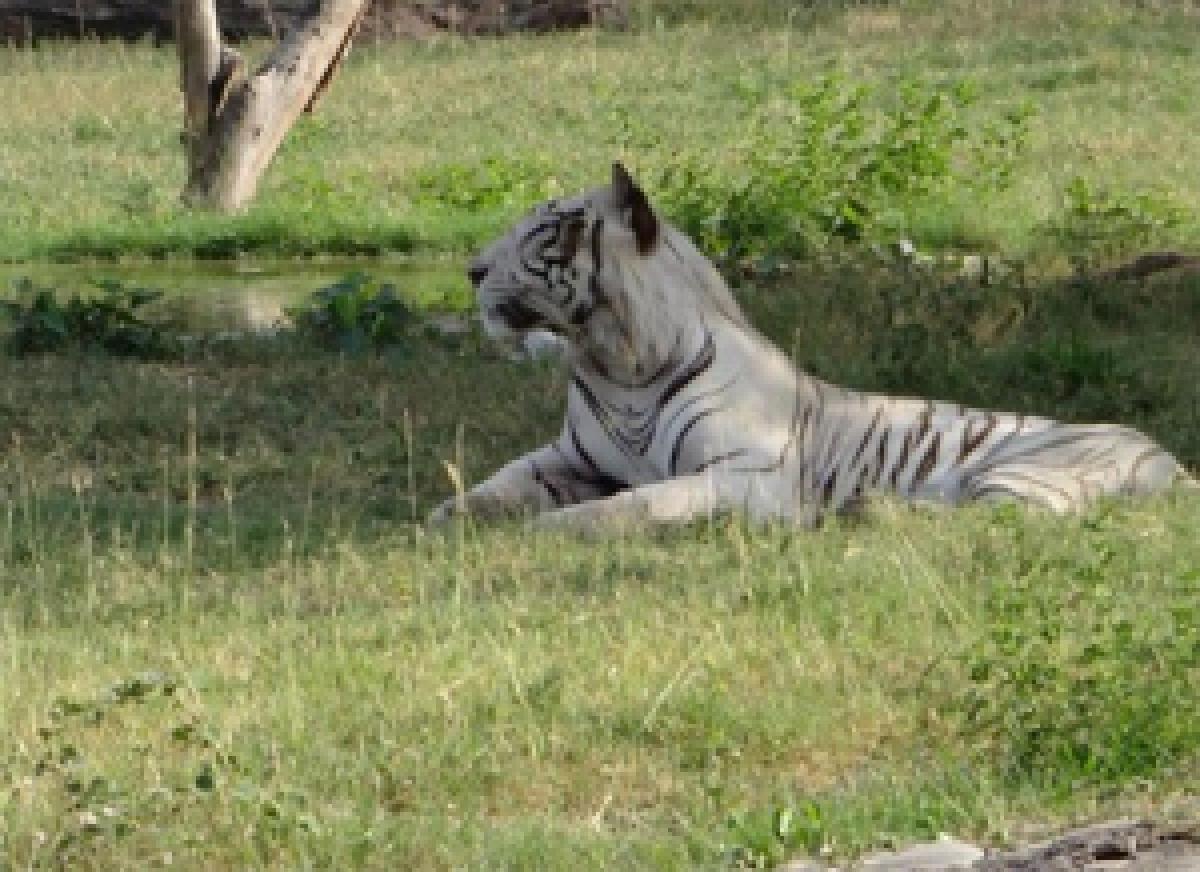 Chhatbir (Punjab): With the day temperature soaring past 40 degrees Celsius, ice blocks, desert coolers, and special sprinklers keep cool the animals at the Mahendra Chaudhary Zoological Park here, one of the largest in northern India.

The zoo authorities are regularly spraying cold water on the big cats and providing ice to the sloth bears and the Himalayan black bears.

For mammoth mammals like the elephant and the hippopotamus, the pools inside their enclosures are filled with water. Special sprinklers have been installed to give them cool comfort.

"This time of the year when there is abnormally high temperature a special attention is being paid on their diet, hygiene and to protect them from scorching heat," zoo field director Manish Kumar told IANS.

He said to prevent the animals from heat stroke their cages have been covered with jute mats and sprinkler showers and coolers have been installed to keep the large mammals comfortable.

"We are regularly monitoring their behaviour and a special nutritious diet comprising high glucose intake is given to both carnivores and omnivores," he said.

For herbivorous animals like the elephants, the monkeys and the pig-tailed macaques, intake of watermelons, papayas and cucumber has increased.

Special thatched shelters have been made in their enclosures for herd animals like the spotted dear and sambar. Cabbage leaves have been replaced with spinach leaves for them.

For protection against heat stroke, the enclosures of avian species are covered with environment-friendly sheds. Constant water supply is ensured in the cages and special attention is being paid to the chicks.

Sprinklers have been provided to the pheasants and other bird species to stay comfortable.

Mud pools have been created in the enclosures of the elephants and lone hippopotamus to keep their temperature normal, said a zoo caretaker.

They are served daily 10 kg of watermelon, a lot of bananas and soaked black grams.

He said in the lion safari water ponds have been created. Desert coolers and sprinklers have been installed in their enclosures.

For the tigers and lions, cool water is regularly splashed on them throughout the day.

The white Bengal tigers, the prized possession with the Chhatbir zoological park, some 15 km from Chandigarh, prefer to stay indoors during the daytime. In the morning and late in the evening they take refuge in ponds in their open enclosure to stay cool.

For the big cats, both desert coolers and industrial fans have been installed to make their enclosures cool and to ensure adequate ventilation.

The Himalayan bears prefer to roll over ice block to beat the heat. Desert coolers have also been installed in their enclosure.

Special attention is also paid to the leopards and the jaguars.