It's official: 2014 was Earth's hottest year on record It\'s Official: 2014 Was Earth\'s Hottest Year On Record. The unusually warm weather that you felt last year was experienced across most parts of the world, making 2014 the hottest year in recorded history, said a report based on contributions from 413 scientists from 58 countries around the world. 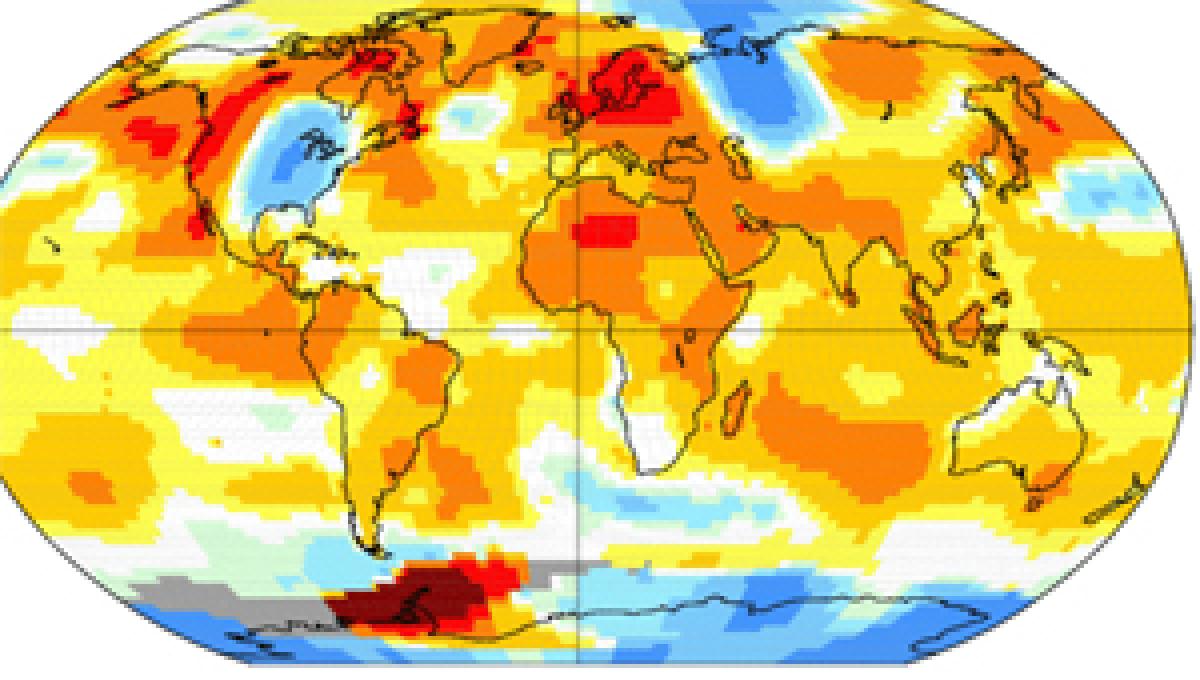 New York: The unusually warm weather that you felt last year was experienced across most parts of the world, making 2014 the hottest year in recorded history, said a report based on contributions from 413 scientists from 58 countries around the world.

Several markers of climate change such as rising land and ocean temperature, sea levels and greenhouse gases set new records in 2014, the fifth warmest year since national records began in 1901, the findings showed.

South Asia in general experienced warmer than average temperatures in 2014. The annual mean temperature for India was 0.52 degree Celsius above the 1961-90 average, the study found.

"This report represents data from around the globe, from hundreds of scientists and gives us a picture of what happened in 2014," said Thomas Karl from the US National Oceanic and Atmospheric Administration that compiled the report.

"The variety of indicators shows us how our climate is changing, not just in temperature but from the depths of the oceans to the outer atmosphere," Karl added.

The report titled "State of the Climate in 2014" was published as a special supplement to the Bulletin of the American Meteorological Society.

The year 2014 experienced a relatively large number of warm days and few cool days in all locations where there are data, apart from the mid-western United States," the report said.

"A similar pattern is observed in the number of warm and cool nights."

Europe experienced its warmest year on record, with more than 20 countries exceeding their previous records, the researchers found.

The global average sea surface temperature was the highest on record in 2014 and so was global sea level rise, the report showed.