Paris climate pact: The devil's in the adjectives and verbs 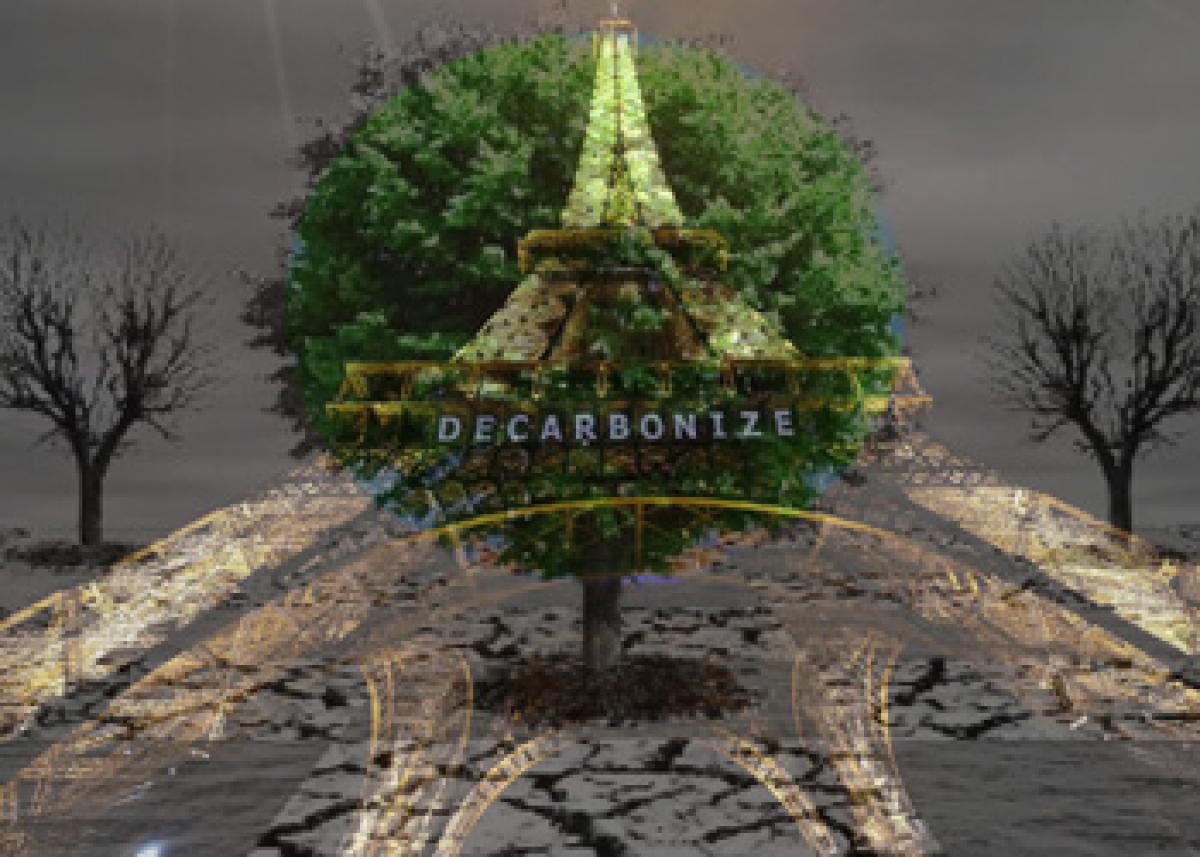 Considering that 2015 was an extraordinary year for the global environmental movement for saving the planet,

Considering that 2015 was an extraordinary year for the global environmental movement for saving the planet, 2016 has begun with a bland and flat business-as-usual. I had heard European Parliament President Martin Schulz's intervention after the climate agreement was adopted in Paris on Dec 12, 2015. "Historic is an often-abused adjective in politics, but today's agreement deserves this qualification", he had said.

Interestingly, less than 50 days later, another adjective has emerged in the US on the climate change issue during the presidential debates among Republican and Democratic candidates. "Callous" is that adjective used to describe the attitude of the candidates, and even the moderators of the debate on climate change. The most crucial election in the world to elect a leader in the most powerful country is now signaling the true fate of the Paris climate agreement.

Benjamin Franklin, the first US ambassador to France, is credited with creating the world's first bifocal lens. Tired of switching between two pairs of glasses, Franklin cut two sets of lenses in half and assembled them in a frame. The Paris summit did exactly that after two groups of countries haggled for more than two decades about their distinct history of carbon emission and future road map to de-carbonize the development space. Tired of these wrangles, the Paris summit succeeded in forging the two groups in such a way that both serve a common purpose with differentiated responsibility.

The significant success of bringing the two blocks together can be attributed to honesty and French diplomacy.

Interestingly, it was American diplomacy that raised a literally last-minute issue about an innocent and decent four-letter word - shall - that almost cracked the bifocal frame assembled so carefully by French presidency. That was in article 4 in its fourth para, that was earlier missed by American team. When it was noticed, all hell broke and the whole COP-21 came to a halt.

French efforts with seductive diplomacy turned into bizarre show of calls behind the curtain. The sentence that made the American delegate pull the chain in the running train was the sentence: "Developed country Parties shall continue taking the lead by undertaking economy-wide absolute emission reduction targets. Developing country Parties should continue enhancing their mitigation efforts."

English dictionaries, including American editions, explain that "shall" expresses certain laws, rules and events that are intended to be certain in the future. It gives a legally binding coloor to the sentence. "Should" is used to express advisability, possibility or making suggestions, permissibility, making propositions and recommendations that has colour of encouragement.

What happened next for nearly an hour in that high frequency excitement is the subject of classical case study in modern multilateral diplomacy. It was conveyed by the US that either the French presidency change the word to "should" or the Americans would not support it. It was, indeed, too late to fail the Paris agreement. The sentence was changed to: "Developed country Parties should continue taking the lead by undertaking economy-wide absolute emission-reduction targets."

Witnessing that high-octane development, sitting and waiting in the delegates' hall and corresponding at TGV speed on WhatsApp with my friends in the frontline of negotiations, I was not baffled. I had seen such terse turns, tricky trials and turbulent tribulations in environmental diplomacy before.

What baffled me was what triumphed at the end of that drama - a spirit of "we shall", passing the phase of "we should". Without such "we shall" instinct proactively demonstrated by the developing countries, the Paris Summit would have opened yet another round of negotiations for next two decades. But the French presidency's seductive gravel went down to adopt the Paris agreement.

The American drama in the "green room" was brought on stage with a script that was read out by the UNFCCC secretariat as a "typographical error", which of course was a cover-up. Earlier drafts clearly indicated "shall" and were overlooked by the Americans. It all boils down to the fact that US did not want the Paris agreement to be legally binding, because the Republican dominated Senate would never approve it. The verb "should" would give a developed country the freedom from legality.

International legal experts say any agreement is not binding in so far as it does not provide for coercive or punitive mechanism for countries that fail to comply with their commitments. If the states that would ratify the Paris agreement want to just walk out of commitment, there is no provision to deter them.

The intent, however, as can be read from the Paris pact is that legally binding policies on compliances would emerge in future. As per the agreement, countries are required to re-convene every five years, starting in 2020, with updated plans that would tighten their emission cuts and starting in 2023, to publicly report on how they are doing so. Considering the on-going presidential debate in the US, those dates appear to be, to use another adjective, a "distant" dream that does not show any sign of getting ready.

Benjamin Franklin's quote, loaded with verbs, says: "By failing to prepare, you are preparing to fail."

(The author, a former director of the UNEP, is chairman of the TERRE Policy Centre. The views expressed are personal. He can be contacted at shende.rajendra@gmail.com)