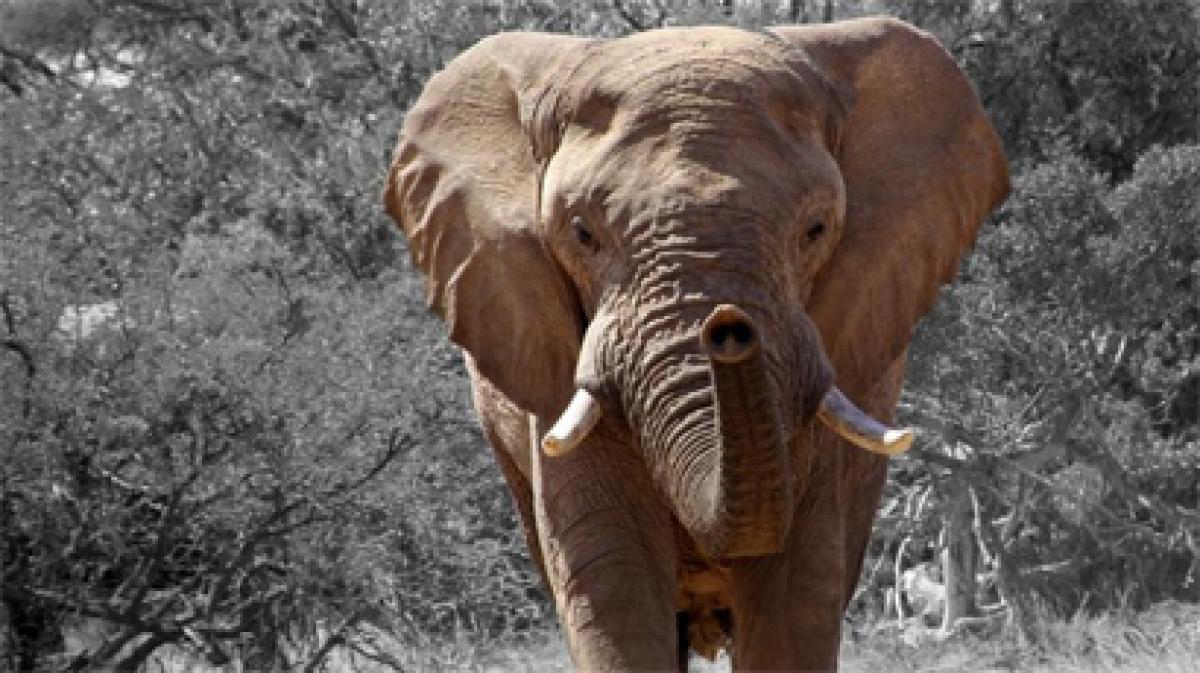 A heartbroken elephant acted out his thwarted crush on nearly 20 cars near a Chinese nature reserve during a sulk over the Valentine\'s Day weekend, local media reported Monday.

A heartbroken elephant acted out his thwarted crush on nearly 20 cars near a Chinese nature reserve during a sulk over the Valentine's Day weekend, local media reported Monday.

The spurned pachyderm angry after losing a fight for a mate, the official Xinhua news agency cited rangers as saying wandered out of a national park and onto a road in Yunnan province, proceeding to smash and dent visitors' cars in a fit of jealous pique.

In a video, Zhusunya, a male Asian elephant whose name translates to "Bamboo Shoot Teeth", pushed and hit a vehicle, provoking shouts of surprise from bystanders.

The broken-hearted bull damaged 14 cars during a rampage on Friday and another four over the course of an hour on Sunday, Xinhua said. There was no estimate of damages, but it said visitors would be compensated.

As of 2015, fewer than 250 wild Asian elephants were believed to exist in China according to a study by China's National Nature Science Foundation, primarily in Yunnan in the southwest of the country, part of a habitat that extends into neighbouring Laos, Vietnam and Myanmar.