How rice farmers can minimise climate damage with water management 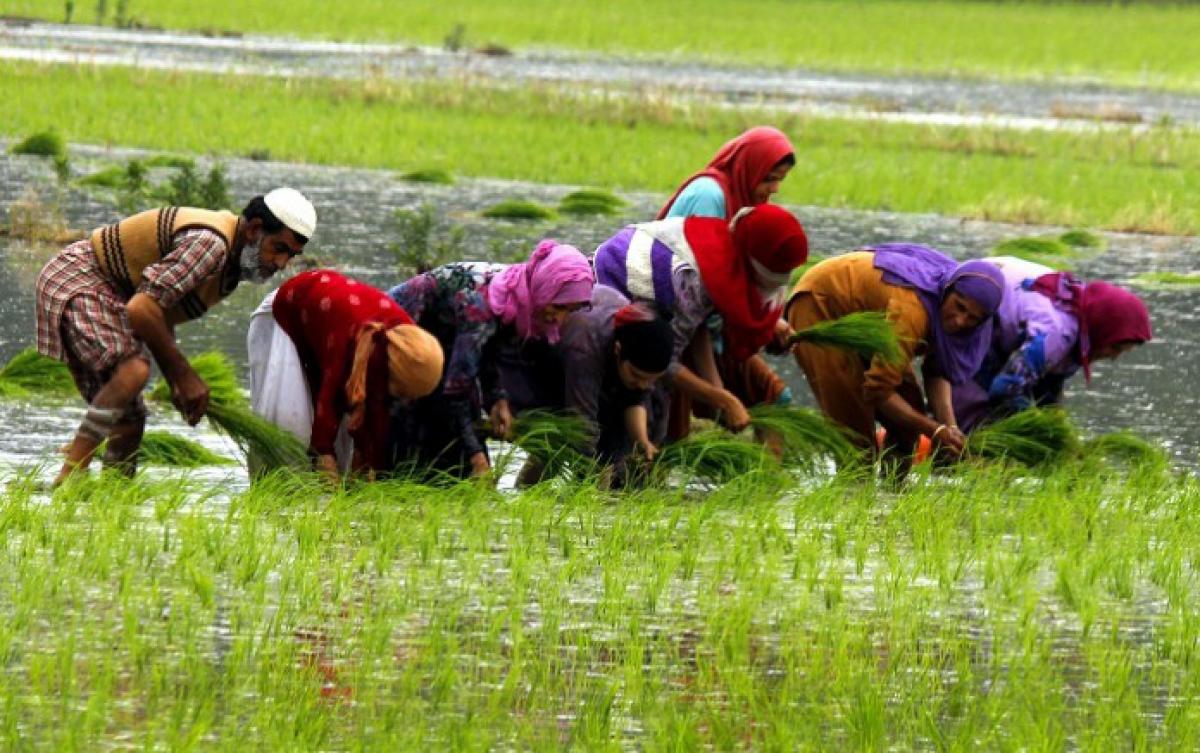 New Delhi:At a time when climate change is set to impact rice production in Asia, simple water management by farmers as an adaptation strategy will minimise the damage, an expert said.

"Climate change will impact rice production in large parts of Asia, including India. Water management will be a key feature of decisions aimed at adapting to the impacts of climate change," Dennis Wichelns, Senior Research Fellow of Thailand-based Stockholm Environment Institute (SEI), said during the Knowledge Forum on Climate Resilient Development in Himalayan and Downstream Regions held in New Delhi recently.

The event was organised jointly by the Ministry of Agriculture and Farmers Welfare, Kathmandu-based International Centre for Integrated Mountain Development (ICIMOD) and Delhi-based IEG.

According to Wichelns, improvement in water management will help in areas where higher temperatures are likely and where shift in rainfall pattern is expected.

In certain areas, crop yields will increase in some seasons, perhaps in response to higher rainfall during the production cycle or with a reduction in summer days in the northern regions. In other areas, yields might be reduced due to higher night temperatures, untimely drought conditions, or submergence caused by massive natural events.

According to Wichelns, improvement in water management will also help in reducing methane emissions and arsenic uptake in the rice fields.

"Methane is a potent greenhouse gas. It is estimated that up to 20 per cent of the anthropogenic releases of methane to the atmosphere are generated in agriculture, largely by livestock and in rice production," he said.

He said rice production generates substantial amount of methane annually, thus adding notably to the amount of greenhouse gases released into the atmosphere each year.

Nitrous oxide emissions can increase when switching from anaerobic to aerobic production, yet the change in production methods will reduce global warming potential.

"Adopting some form of aerobic rice production will also reduce the release of arsenic from soils to groundwater, and the subsequent uptake of arsenic by rice plants." Wichelns said.

Arsenic accumulation in rice grain declines sharply when farmers switch from anaerobic to aerobic production methods. Millions of residents of South and Southeast Asia already are exposed to harmful concentrations of arsenic in drinking water. In those areas, and elsewhere, successful efforts to reduce arsenic uptake in rice will be helpful in reducing total exposure, to the benefit of many adults and children who currently consume harmful amounts of arsenic each day, he said.

De-watering is the practice of removing water from the rice paddies, at least once during the season. Normally, paddies are kept flooded for the entire season, from planting to about two weeks ahead of harvest. Substantial methane is generated and released during that time.

"If farmers remove the water for seven to 10 days mid-season, they can substantially reduce methane generation and release. The paddies are re-watered after the de-watering, but the methanogenic organisms will have been greatly reduced during those seven to 10 days," Wichelns stressed.

The practice allows oxygen to reach the root zone. The oxygen is unfavourable to the methanogenic organisms, yet favourable to rice roots and thus rice productivity. Therefore, the de-watering also contributes to producing more resilient rice plants with stronger root systems, he added.

Much of the rice production in South and Southeast Asia is found in the deltas formed by major rivers, such as the Mekong, Irrawaddy, and Ganges-Brahmaputra. Rice is well-adapted to these deltaic regions, many of which are characterised by monsoonal climates.

"Given the important role of rice production in rural economies across much of Asia, adaptation strategies are needed urgently to ensure that smallholder farmers can continue producing rice for domestic and international markets, while generating sufficient income and ensuring that household and national food security goals are achieved." he said.