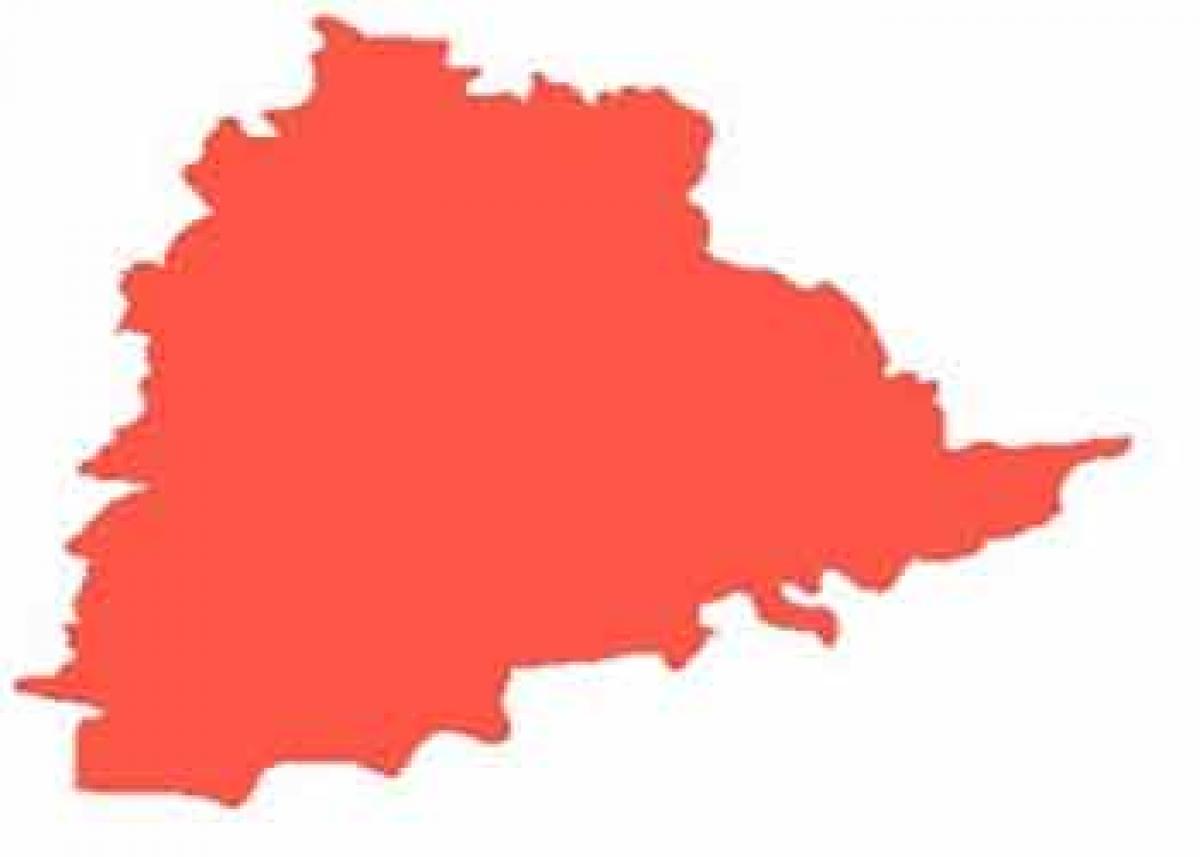 Top leaders express solidarity with Telangana Sushma electrifies the atmosphere at dharna Repeats her promise of giving Telangana in 100 days...

Venkat Parsa New Delhi: The two-day TJAC dharna concluded on Tuesday on a stormy note, as an effort was made to gherao parliament, which was foiled by the police. Telangana issue peaked and pink colour was splashed across the capital. At the conclusion of the dharna, TJAC Chairman M Kodandaram said the next level of the struggle was the Chalo Assembly programme in Hyderabad. Kodandaram dared the Andhra Pradesh Government to take out iron ore from Bayyaram and face the consequences.

A string of events on Tuesday brought Telangana issue to the forefront, with leader of Opposition Sushma Swaraj electrifying the atmosphere and lifting the spirits of the impressive gathering at Jantar-Mantar in the capital. The TRS MLAs and MLCs met in the capital and Chief Minister N Kiran Kumar Reddy against allocating Bayyaram iron ore mines to Visakhapatnam Steel Plant.A In a related development, the TNGOs staged a dharna in front of Congress president Sonia Gandhi's 10, Janpath residence, when Srinivas Goud was allowed to go in and hand over a memorandum to the staff.

Sushma Swaraj declared, "If the Congress Government honours its commitment on Telangana and brings the Bill in parliament, we will support it. If the Congress fails to keep its word, I assure the TJAC that after 2014, when the BJP Government will be formed, we shall create Telangana in the first 100 days of coming to power." Sushma Swaraj reminded that consistently she raised the issue of Telangana in parliament. She addressed rallies in Karimnagar, Hyderabad and Warangal.

It was for the first time in history, she said that the Telangana Congress MPs were sitting on dharna against their own party in Parliament House. Sushma Swaraj advised the Telangana Congress MPs to quit the Congress and join the struggle for separate Telangana. The Telangana demand was neither unconstitutional nor anti-Andhra, she asserted. This was a perfectly valid demand, she said. "I have come into your midst to express my own and my party's solidarity with the people of Telangana," she declared. Nearly 1,000 youths sacrificed their lives. How many more deaths the Congress wanted in order to act, she asked.

Swami Agnivesh, who started off in Telugu but switched over to Hindi, said that he was born a Telugu, he was brought up in Haryana. Giving the example of Haryana, he said it was part of Punjab, but after the division, both states rapidly achieved progress. Even Telangana would similarly achieve rapid progress, once the state was carved out, he said. "Telangana will be formed and the Congress will be destroyed," he predicted. Since the freedom struggle, only Telangana movement remained peaceful and non-violent, he said.

JNU Professor of International Relations Kamal Mitra Chenoy said poverty and joblessness were rampant in the region, but once Telangana was carved out, new opportunities for development would open up for the people, he said. The JNU had firmly backed the Telangana struggle and would continue to do so, he said.

New Democracy leader Dr Aparna declared that the Congress had never created a new state. This was the character of the Congress that it never supports the people's movement. With the advent of new parties in the state, the issue of Telangana was relegated to the background. She wanted intensification of the struggle for Telangana.

Justice Rajinder Sachar, who authored the Sachar Committee Report on the status of minorities, said Telangana was among the oldest demands, which should be honoured. It was recommended by the First SRC and even backed by Justice Srikrishna Committee Report.

Bodoland People's Front leader Sansuma Khunggur Bwiswamuthiary said that although he had been battling for separate Bodoland, he wanted that Telangana should be formed first, as it was the oldest of the separate Statehood demands. Delhi TJAC Chairman D Ramakrishna Reddy recalled that when Bwiswamuthiary went to meet Prime Minister  Manmohan Singh, the latter thought it was about Bodoland.

But after meeting the PM, he surprised him, saying let Telangana be created first, as the rest could wait.Firebrand BJP leader Uma Bharati exhorted the gathering not to make any more compromises on Telangana. BJP Vice-President Smriti Irani recalled her role in Jai Bolo Telangana, in which she played the role of a mother, who loses her son in the Telangana movement. She appealed to the youth not to commit suicides but to live to see the formation of Telangana and realise the dreams of their elders.