New Delhi: Massive Mandate for Narendra Modi, the saffron party never had a presence in the North-East, the Modi wave saw the party handing out a drubbing to the ruling Congress in Assam. 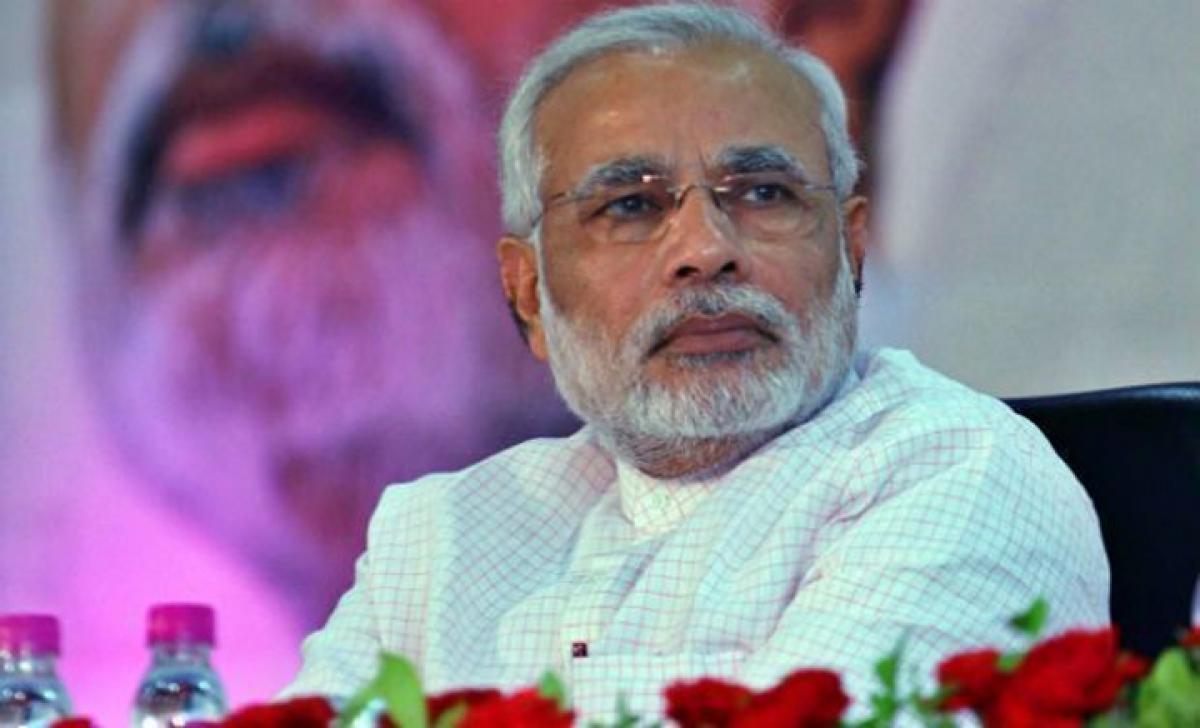 New Delhi: The 2014 Lok Sabha elections have proved to be historic, as it is one man, Gujarat Chief Minister Narendra Modi, whose magic wand has created a tsunami-like situation in the country, decimating the Congress to its worst-ever performance, with the 129-year-old party not even attaining the status of the principal Opposition party. The Congress drew a blank in seven States and in all other States it did not cross the double-digit mark. In Uttar Pradesh, the Congress managed to retain only the seats of Sonia Gandhi in Rae Bareli and Rahul Gandhi in Amethi.

A decisive victory of 285 seats for BJP alone has brought to an end the coalition-era, as Modi wave has uprooted secular parties like BSP, DMK, JD(U), SP, RJD and NCP. Regional satraps like AIADMK, Trinamool Congress and BJD, have, however, managed to safeguard their hold, though Modi-led NDA government would not require their support for the government-formation, as BJP, on its own, has secured an absolute majority, the biggest-ever win for any party in 25 years, after 1989.

The last time that the Congress won a landslide of over 400 seats was in 1984, after the assassination of Indira Gandhi. The tea-vendor of yester-years is slated to take oath as India’s 15th Prime Minister on May 21.

BJP Parliamentary Board will meet on Saturday to draw up the roadmap on the government formation. “The roles of leaders will be decided after holding talks among ourselves,” stated BJP President Rajnath Singh. Prime Minister Manmohan Singh will tender his resignation on Saturday, following the defeat of his party in the Lok Sabha polls.

“India has won. Good days are ahead,” tweeted Narendra Modi after his party’s spectacular performance, making it possible to free India from the corruption-ridden Congress. BJP President Rajnath Singh, along with his party leaders, addressed a press conference in the party headquarters, admitting that it was only due to Modi’s charisma and his credibility that they secured a resounding victory for the party.

While in the Hindi-heartland, Modi posted emphatic victories, in States like Gujarat and Rajasthan, it was a clean sweep for the BJP, including Delhi, where it won all the seven seats. In Maharashtra, which is the second-largest State after Uttar Pradesh, former State Chief Minister Ashok Chavan was the lone winner for the Congress. Though the saffron party never had a presence in the North-East, the Modi wave saw the party handing out a drubbing to the ruling Congress in Assam.