Shot in the arm for fire department 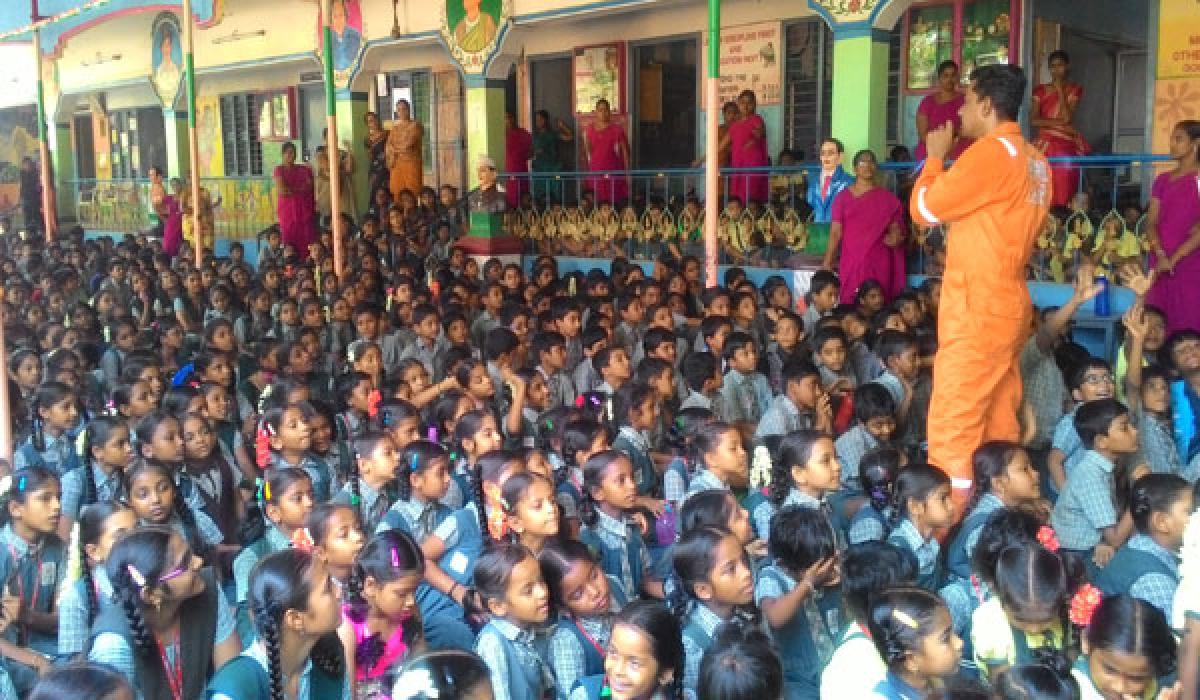 Shot In The Arm For Fire Department. Nearly one-and-a-half years after the Comptroller and Auditor General (CAG) report lashed at the fire department for inadequate infrastructure and lack of equipment, the department is all set to have a new lease of life with the Central Government sanctioning Rs 40 crore.

• The funds will be used to procure new fire tenders, equipment and buildings

Nearly one-and-a-half years after the Comptroller and Auditor General (CAG) report lashed at the fire department for inadequate infrastructure and lack of equipment, the department is all set to have a new lease of life with the Central Government sanctioning Rs 40 crore.

Under the ‘Millennium Cities’ programme, 10 per cent of the funds sanctioned by the Central Government have to be used for developing and modernising fire department in cities which have a population of more than 10 lakh. In the CAG report that was tabled in January 2013, it was stated that there was a dearth of fire stations in the state and the infrastructure and equipment was inadequate to ensure its efficient and effective functioning.

“There are no fire stations in 875 (out of 1,128) mandals and 89 (out of 294) assembly constituencies. No new fire station was set up during the period 2007-12 despite specific recommendations by Audit and the Sub-Committee constituted by the state government.

The shortfall in this regard stood at 95 per cent. This had a cascading effect on the response time, which went up to 70 minutes and 152 minutes in urban and rural areas respectively, in major fire incidents,” the audit stated.

Responding to the review, the government planned to set up more fire stations in addition to recruiting 200 fire fighters across the state. It was even declared that a total fund of Rs 20 crore would be allotted for buying new equipment, including cranes that are used to move rubble, hydraulic platforms and fire tending vehicles. Plans were chalked out to set up 45 new fire stations across the state to ensure that fire tenders reach an accident site on time. However, most of these haven’t materialised. Eight constituencies in Greater Hyderabad region, doesn’t even have fire stations. The existing stations aren’t modernised and are facing staff shortage. According to a report by an expert committee, there must be one fire station for every 50,000 people or 10 sq km.

Going by the report the city should have 24 fire stations but there are only 14. A GO was issued in 2012 which stated that 16 fire stations would be set up in the city in three phases. In phase I, six new fire stations came up at Kukatpally, Madhapur, High Court, Assembly, Salarjung Museum and Maheshwaram. It has been two years, phase II works haven’t started.

Under the ‘Millenium Cities’ schemes so for Rs 7.52 crore has been sanctioned and the same has been utilised for procuring new state-of-the-art fire stations and tenders.

“Rs 38 crore will be sanctioned in three years. We are expecting the next installment, which will be to the tune of Rs 12 crore, to be released sometime in August. These funds will be utilised to procure cranes to help fire fighting in multi-storey complexes. Five more hydraulic platforms will also be procured by the department,” a senior official said. These funds will certainly give a new lease of life to the cash crunched fire department, which is using dilapidated equipment.