Republican presidential hopeful Donald Trump is in the game to win Washington: Outshining seasoned politicians, drawing huge crowds and surging in polls, frontrunner Republican presidential hopeful Donald Trump has served notice on his opponents that he is in the game to win. 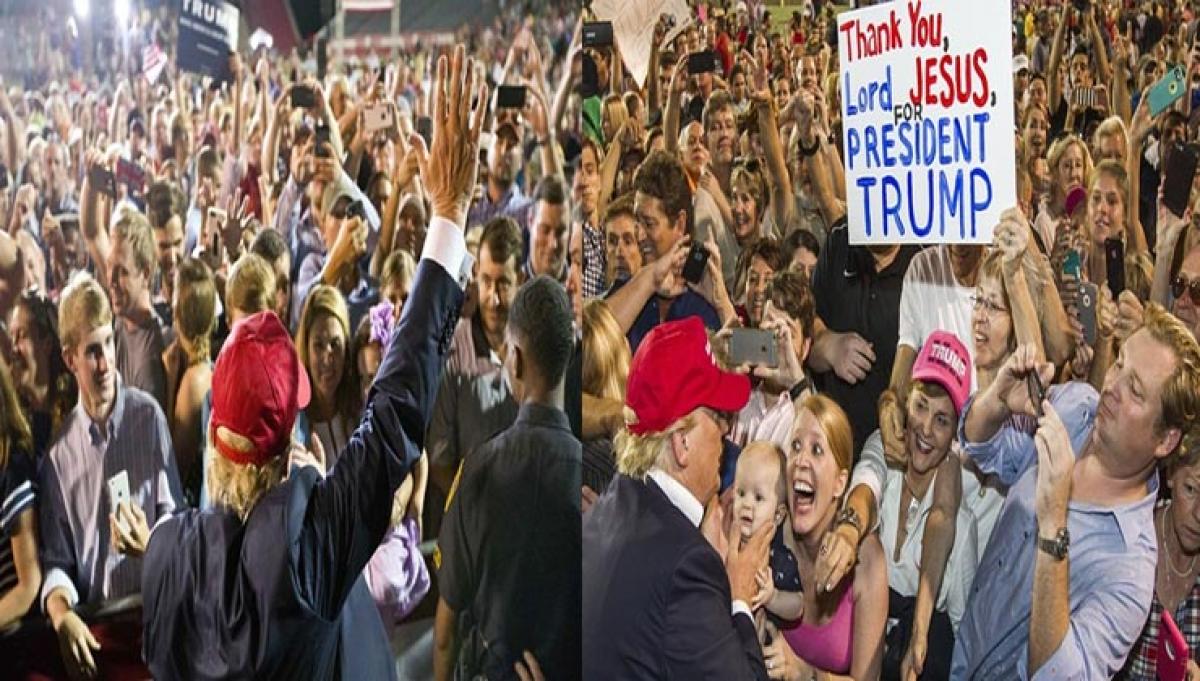 "It's one thing to have the summer of Trump. But it doesn't mean anything unless we win," Trump told a crowd Tuesday in Dubuque in Iowa, the state where the nomination process begins with a caucus of party functionaries. "If you lose, what does it all matter?"

The declaration came ahead of another day of media attention sparked by renewed attacks on his opponents particularly establishment favourite Jeb Bush and reigniting a simmering debate night clash with Fox News host Megyn Kelly. In an email to supporters Tuesday afternoon, Trump touted "Tens of Thousands Support Trump" referring to new polling which showed him with double-digit leads in the early primary states of South Carolina and New Hampshire.

Before addressing another huge rally in Dubuque, Trump had testy exchanges with Jorge Ramos, anchor of Univision, the leading American Spanish language channel, with a security officer at one point ejecting Ramos from his news conference.

Trump also mocked Jeb Bush on Twitter Tuesday after the former Florida governor found himself in a deeper mess in trying to explain his "anchor babies" comment as "frankly, more related to Asian people." "In a clumsy move to get out of his 'anchor babies' dilemma, where he signed that he would not use the term and now uses it, he blamed ASIANS," Trump wrote.

"Asians are very offended that JEB said that anchor babies applies to them as a way to be more politically correct to hispanics. A mess!" Trump then wrote, a few minutes later. Trump also vowed Monday not to host a lavish state dinner for Chinese President Xi Jinping when he visits the US in September.

"I'd get him a McDonald's hamburger and I'd say we gotta get down to work, because you can't continue to devalue (the Chinese currency)," Trump said Monday night on Fox News. "I would give him a very, yeah, but I would give him a double, probably a double size Big Mac." Meanwhile, a new deadline loomed for Trump, who has repeatedly refused to rule out a third-party candidacy, noting that he could use the threat of an independent bid as leverage.

But he cannot compete in South Carolina's Republican primary, unless he signs a pledge before Sep 30 to support the Republican nominee in the general election. Trump said Tuesday when asked about the rule by reporters in Iowa that his campaign is "looking into it."

"We certainly have plenty of time," he said. "My whole desire is just fairness, and I want to run as the Republican nominee, I want to win, I think we will win." According to the Washington Post the Virginia Republican Party is also considering requiring a loyalty oath from presidential primary contenders - a move widely considered aimed at Trump.

The development could be an early sign of trouble for Trump, particularly if other state parties consider similar ideas, the influential daily said. But, according to the Post, Republicans are also worried that it could backfire and breed resentment among activists who are suspicious of attempts by the Republican establishment to control the party.