Syrian army says it will enter the area, Urging insurgents to speed up their evacuation 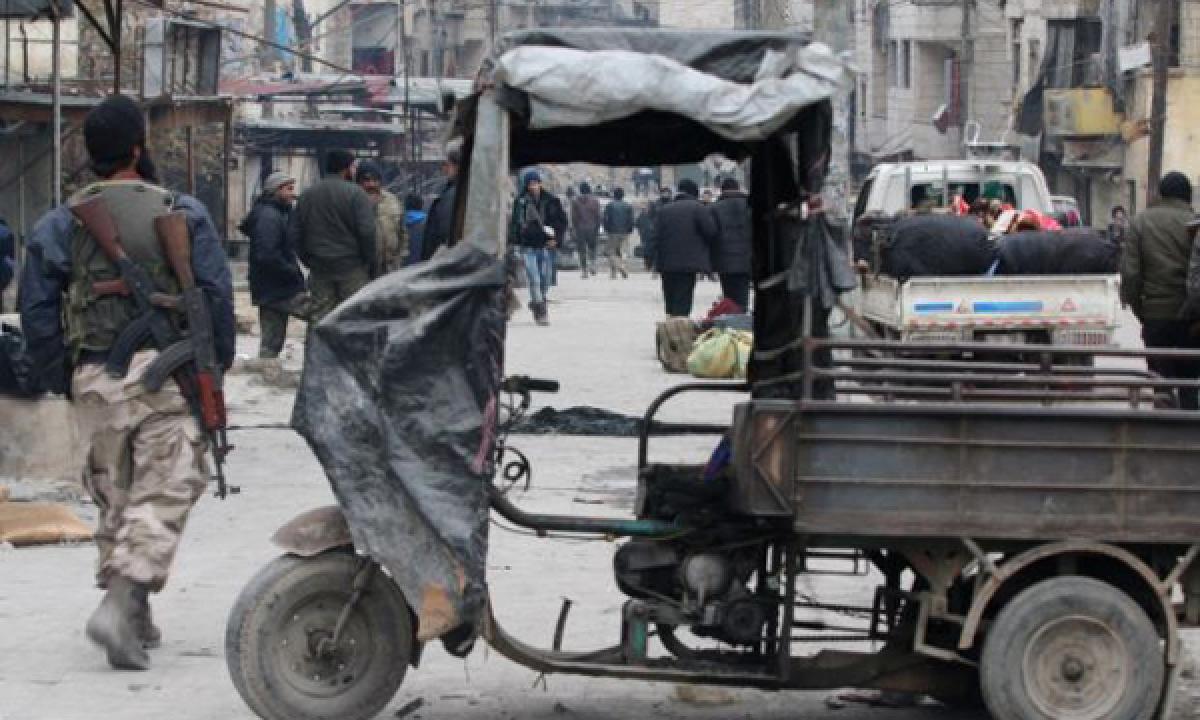 Syria-'s army broadcast messages into the last rebel enclave of Aleppo saying it would enter the area on Tuesday, a military media unit run by the...

Syria's army broadcast messages into the last rebel enclave of Aleppo saying it would enter the area on Tuesday, a military media unit run by the government's ally Hezbollah reported, urging insurgents to speed up their evacuation of the city.

A rebel official based in Turkey told Reuters that only about half of the civilians who wanted to leave Aleppo had done so after the departure of thousands of people on Monday. The insurgents would only leave once all the civilians who wanted to had done so, the rebel said. The ceasefire and evacuation agreement allows them to carry personal weapons but not heavier arms.

Late on Monday, Turkey said 20,000 people had left the rebel-held pocket in the south of Aleppo in evacuations on Thursday and Monday. The Syrian Observatory for Human Rights, a war monitor, said 15,000 had gone.

Estimates of the number of people still waiting for evacuation on convoys of buses range from a few thousand to tens of thousands. The route out of Aleppo runs 5 km to the rebel-held district of al-Rashideen, just beyond the city's southwestern limit.

Civilians are also being evacuated from two mostly Shi'ite Muslim villages near Idlib that have been besieged by rebels for years and taken to Aleppo as part of the deal that allowed the departure of insurgents from the city.

The Hezbollah military media unit reported that eight more buses of evacuees from al-Foua and Kefraya departed at dawn on Tuesday. The rebel withdrawal from Aleppo after a series of rapid advances by the army and allied Shi'ite militias including Hezbollah since late November has brought President Bashar al-Assad his biggest victory of the civil war.

However, despite the capture of Aleppo and progress against insurgents near Damascus, the fighting is still far from over, with large areas remaining in rebel control in the northwestern countryside and in the far south. The jihadist group Islamic State (ISIS) also controls swathes of territory in the deserts and Euphrates river basin in eastern Syria.