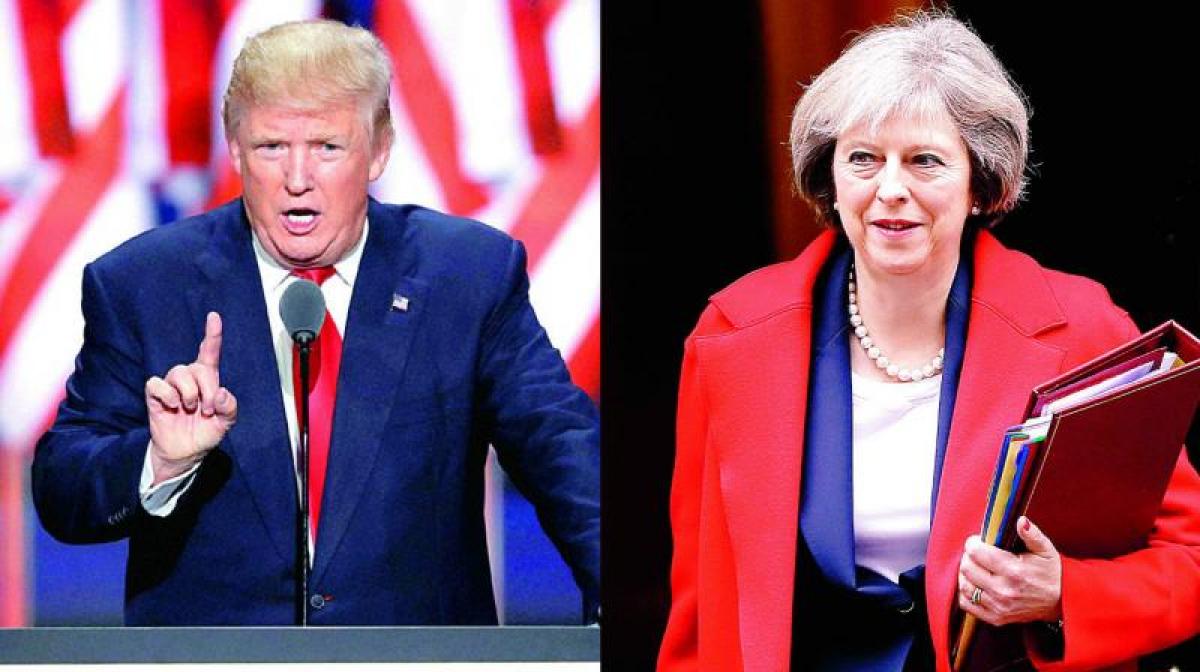 British Prime Minister Theresa May headed to the United States on Thursday where she will be the first foreign leader to meet President Donald Trump, with post-Brexit trade top of the agenda.

British Prime Minister Theresa May headed to the United States on Thursday where she will be the first foreign leader to meet President Donald Trump, with post-Brexit trade top of the agenda.

There are high hopes in Westminster for the visit as she has promised a thriving economy after Britain leaves the European Union and the meeting will be closely watched in Washington for clues on Trump's foreign policy.

While Trump has been an avid supporter of Brexit, which he believes mirrors his own anti-establishment rise to the White House, his criticism of mainstream politics and calls for a protectionist trade regime could prove problematic for May.

The prime minister will meet Trump on Friday in Washington, where the duo will discuss a bilateral trade deal, after stopping off in Philadelphia on Thursday to meet Republican Party leaders. The British premier will also take gifts — a hamper of products from the prime minister's official country residence, Chequers, for First Lady Melania Trump and a Scottish “Quaich” cup for the president.

Downing Street said the double-handled cup has its origins in “Highland chivalry”, from a time when “clan chiefs prized them as a token of hospitality”.

Ms May’s spokeswoman said the visit is intended to “establish a productive, effective relationship” with the Trump administration.

“As the PM has said, the way we will approach this trade relationship with the UK in the future is what is in the interest of the UK,” she said.