Former UN Secretary General Ban Ki-moon will not stand for the presidency, Withdraws from politics 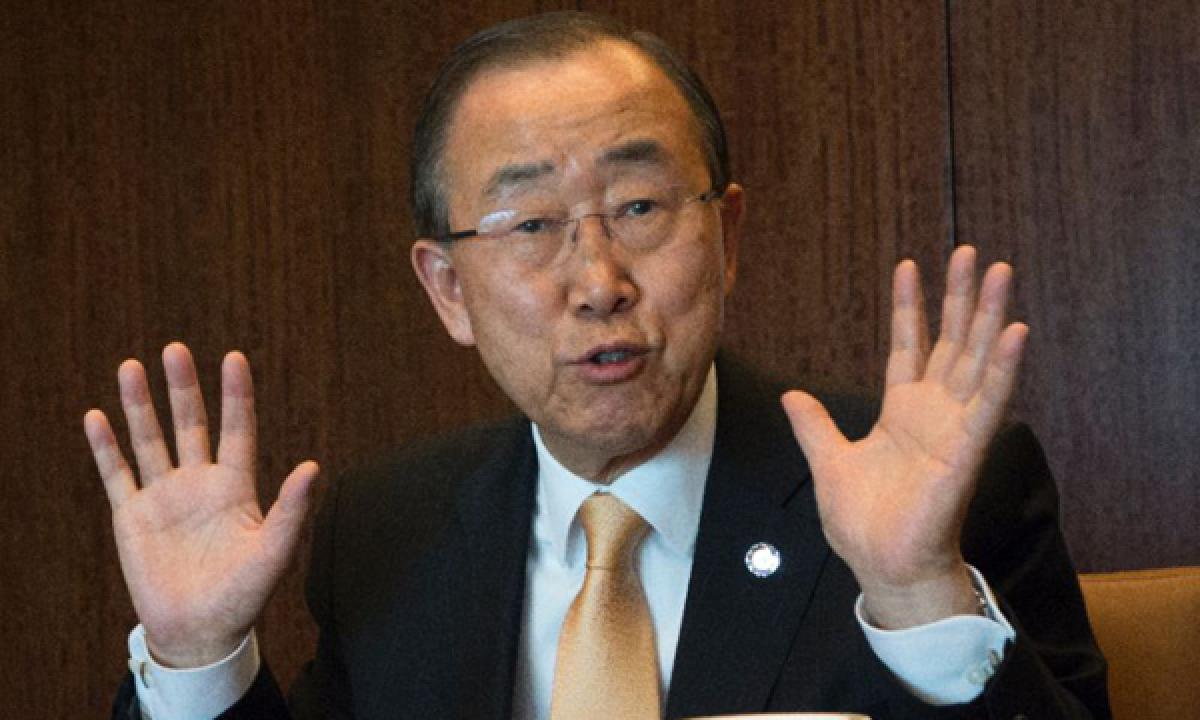 Former United Nations secretary-general Ban Ki-moon, one of the world-'s most recognised South Koreans announced that he will not stand for the...

Seoul:Former United Nations secretary-general Ban Ki-moon, one of the world's most recognised South Koreans announced that he will not stand for the presidency of his country on Wednesday.

Ban returned home last month after a decade in New York and was widely expected to run in elections due this year. But his putative candidacy ran into a series of stumbles.

"I will withdraw from politics," he told reporters at a press conference adding that he is "sorry for disappointing many people."

Although he never officially declared he was running, the former UN chief had embarked on a series of public appearances. He was widely expected to join the ruling Saenuri party of impeached President Park Geun-Hye, or an emerging conservative breakaway for the upcoming presidential elections.

But he struggled to secure party backing in South Korea's highly partisan political system, corruption allegations were made against some of his relatives, and pictures of him trying to put two banknotes into a ticket machine at once made him appear out of touch.

"My pure patriotism and aspirations have fallen victim to slander that was close to personality slaughter," he said Wednesday, before bowing briefly, shuffling his papers and leaving the stage.

His support in public opinion polls rapidly declined from 20.3 percent when he returned to 13.1 percent before his announcement.

A career diplomat, Ban never joined any South Korean political party, although he served as foreign minister under the late liberal president Roh Moo-Hyun from 2004 to 2006.