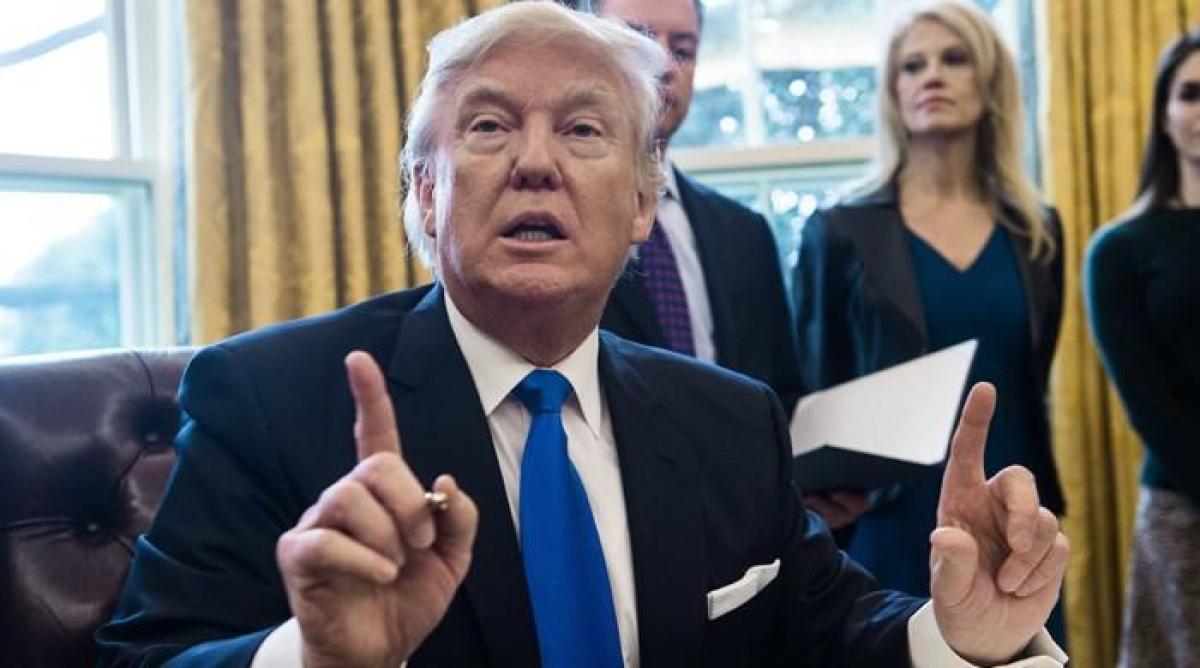 The US has revoked more than 100,000 visas after President Donald Trump signed executive orders on immigration that banned people from seven Muslim-majority nations from entering the country.

New York: The US has revoked more than 100,000 visas after President Donald Trump signed executive orders on immigration that banned people from seven Muslim-majority nations from entering the country.

A US Government attorney figures before a federal court during a hearing on a petition challenging Trump's executive orders in this regard after which two Yemenis brothers who arrived at the Dulles International Airport were sent back to Ethiopia.

No further details were immediately provided by the US Government attorney.

"The number 100,000 sucked the air out of my lungs," Simon Sandoval-Moshenberg of the Legal Aid Justice Center, who represents the brothers, told The Washington Post.

Attorney Erez Reuveni, from the Department of Justice's Office of Immigration Litigation, announced the staggering number after Judge Leonie Brinkema pressed for the number of people who were detained and sent back from airports.

In light of the President's order which banned Syrian refugees indefinitely, all other refugees for 120 days, and residents of seven Muslim-majority countries for 90 days multiple court orders have been issued that rolled back some of the ban's heavier restrictions.

In New York and Massachusetts, federal judges ordered CBP officers not to detain or deport travellers who had previously been authorized to enter the United States.

The government attorney, Erez Reuveni from the Justice Department's Office of Immigration Litigation, could not say how many people with visas were sent back to their home countries from Dulles in response to the travel ban.

However, he did say that all people with green cards who came through the airport have been let into the US.

For people such as the brothers, Tareq and Ammar Aqel Mohammed Aziz, who tried to enter the country over the weekend with valid visas and were sent back, the government appears to be attempting a case-by-case reprieve.

They and other plaintiffs in lawsuits around the country are being offered new visas and the opportunity to come to the United States in exchange for dropping their suits.