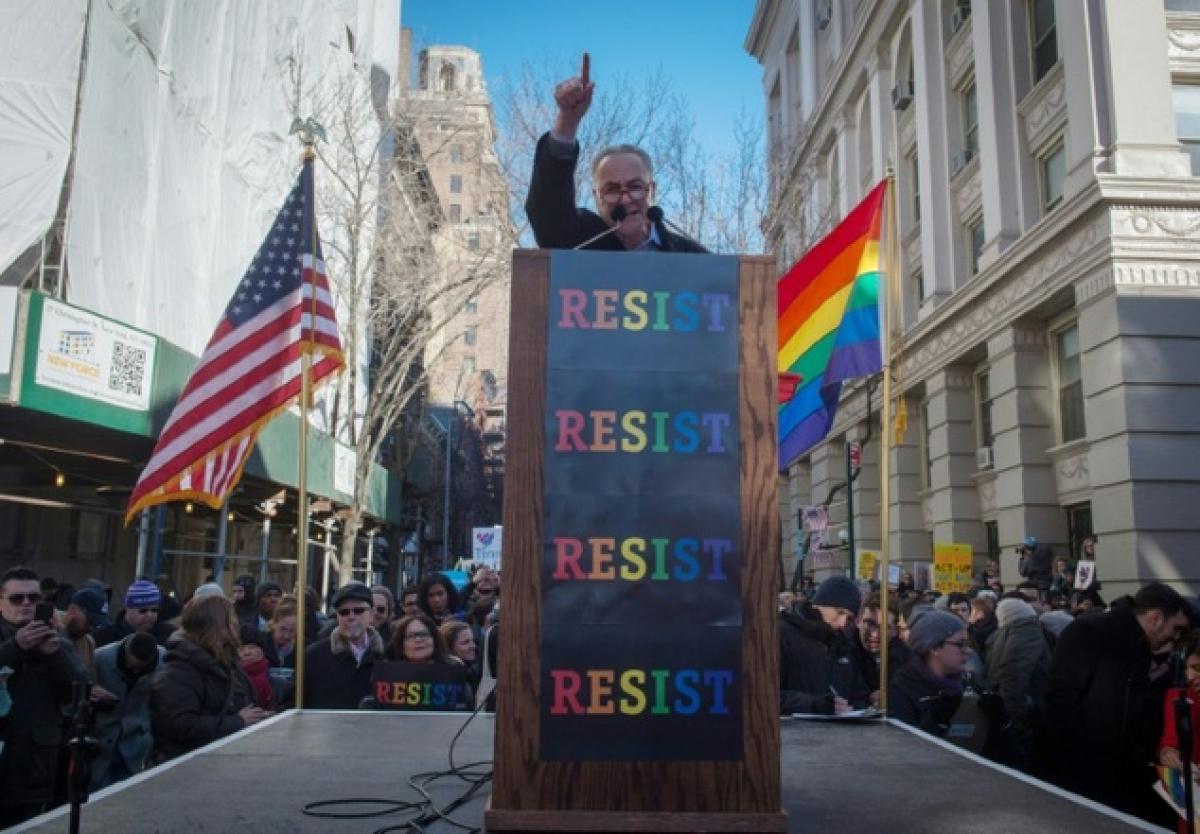 America\'s LGBT community is watching warily to decipher President Donald Trump\'s intentions towards them, with many fearing a backlash is in store from the new administration - despite its efforts to reassure them.

America's LGBT community is watching warily to decipher President Donald Trump's intentions towards them, with many fearing a backlash is in store from the new administration - despite its efforts to reassure them.

The presence in Trump's cabinet of arch conservatives, with a record of opposing same-sex marriage and other hard-fought LGBT rights, has set the community on edge.

Since Trump's election in November, phones have been ringing off the hook at the Trevor Project, which provides counseling to people in the community who suffer from depression or are at risk of suicide.

The day after the vote, the organization was contacted 400 times - the biggest single day total all year.

"Before this campaign, this election season, people were feeling in power to really be themselves, speak out. Because the direction was, after gay marriage, under (Barack) Obama, more moves to more openness and more security in terms of laws and policies," said Steve Mendelson, the organization's interim executive director.

But now "there are a lot of messages that lead LGBTQ people to be frightened, to think that they can't come out," he said.

Those fears spiked last week, when a draft executive order outlining plans to roll back LGBT workplace protections created under Obama was circulated among journalists and progressive groups.

The White House moved to quash the story in a statement on Tuesday.

"President Donald J. Trump is determined to protect the rights of all Americans, including the LGBTQ community," it read, promising Obama's anti-discrimination decree would remain intact.

Politico reported that Trump's daughter Ivanka and influential son-in-law Jared Kushner - who have both supported gay rights - led the charge to scuttle the draft.

But members of the religious right quoted by Politico said they have been led to expect some changes will come from Trump's administration -- namely to let companies opt out of anti-discrimination rules on faith grounds.

Trump spoke out in defense of the community last year after a shooting massacre at a gay nightclub in Orlando, Florida left 49 people dead.

But his words have been eclipsed by the records of some of the appointees to his cabinet.

Vice President Mike Pence, for instance, while serving in Congress for the state of Indiana, consistently voted against same-sex marriage and laws to protect gays from discrimination. He is accused of supporting conversion therapy - a treatment designed to change people's sexual orientation from homosexual to heterosexual. Pence denies this charge.

"I think we should judge who he is and what he believes based on what he does, and what he has done so far is nominate the most hateful anti-gay cabinet imaginable," said Camilla Taylor, senior counsel for Lambda Legal, an NGO that works to defend the rights of LGBTQ people.

With both houses of Congress now under Republican control, many in the community wonder if lawmakers might try to scrap laws legalizing gay marriage, say, or institute conversion therapy for children.

"This is the fight of our life. We are engaged in a resistance," Taylor warned.

On Saturday, about 3,000 people demonstrated in New York to voice solidarity with LGBTQ groups, Muslims and others they fear the president could target.

They massed around the historic Stonewall Inn, a powerful symbol of the gay community and its hard-won rights, chanting and waving rainbow and American flags.

Obama, before leaving office, said he was proud of the achievements made by the gay rights movement - and sought to reassure the community about the road ahead.

"I don't think it is something that will be reversible because American society has changed," he told his farewell news conference.

Though he noted: "That doesn't mean there aren't going to be some fights that are important, legal issues, issues surrounding transgender persons."

Jim Obergefell, the widower behind the class action suit that led the US Supreme Court to legalize same-sex marriage nationwide in 2015, said it will be hard for the court to reverse that decision.

In his view it would take an unlikely "perfect storm of the right case, the right judges, the right appeals court and Trump's nominated justices."

Most calls come from the southern United States, which tends to be conservative and where religion often plays a strong role in people's lives.

"It's the effect of the rhetoric that is in use in politics," said David Bond, vice president of programs for the organization.

Seeking to counter some of that rhetoric, a TV mini-series on the fight for gay rights - entitled "When we Rise" - will start airing on February 27.

Written and directed by Oscar winner Dustin Lance Black, the seven-part series tells the story of Cleve Jones, an activist in the fight for gay rights and against AIDS.

Black, who comes from a conservative family, says he wrote the screenplay "for my family, for that other America, to say, 'Hey, we have more in common than you think.'"